END_OF_DOCUMENT_TOKEN_TO_BE_REPLACED

Entrepreneurs, Engineers and an ERA at the 2018 Spring Seminar 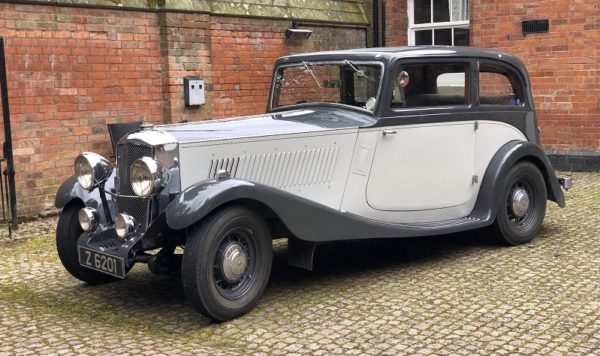 The SAHB Spring Seminar was held at Wroxall Abbey near Coventry on 29th April 2018, after a jaw-dropping tour of the Jaguar Land Rover Classic facility in Ryton on the Saturday.

Full reports on the tour of JLR Classic and on the seminar will appear in the next issue of the SAHB Times, but here is a flavour of what was one of the best weekends the Society has ever had:

Jaw-dropping is the only description we can think of.  Warmly welcomed by the JLR Classic team, we were given a tour of the new restoration and “Reborn” facility where customers (with lots and lots of money) can have their own car restored, or work with the team to have a Jaguar or Land Rover sourced and completely reborn, as it was when it left the factory, by the original manufacturer.  Then we toured the massive JLR Classic collection: hundreds of cars that tell the tale of the two companies.  To list a tiny fraction of what we saw: three new XKSSs, two new D-Type engines, Huey and Huey 2 – the first Land Rover and the last Defender – three XJ220s, early E-Types, very early Reborn Series One Land Rovers ready for delivery, an XJR-9, a Forward Control, a Lightweight and a Tickford Station Wagon Land Rover, and British and French cars from Bentleys through Jaguars to Chapron Citroën DSs.  Sadly, no photograpghy was allowed, but you can go round for yourself for a modest sum!  Just click the link:

Finally: if Karl Ludvigsen is going to give a talk on Reid Railton, then it would be rude not to bring a Railton along – so Neil Thorp did! And sincere thanks are due to John Dyson for providing the Railton for Neil to bring.