END_OF_DOCUMENT_TOKEN_TO_BE_REPLACED

Apart – what does it mean? (a topical contribution from Chris Dowlen) 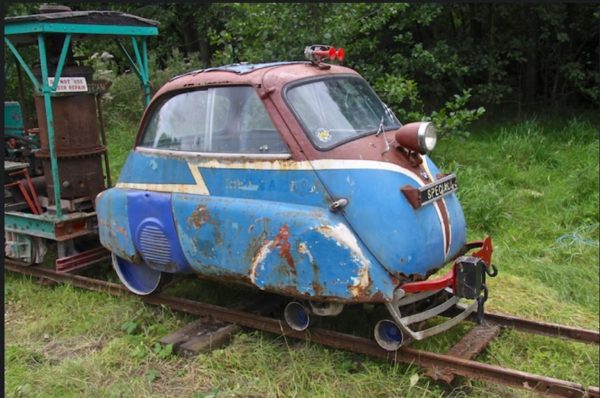 We’re into social distancing at the moment. This means that we are supposed to keep at least 2 metres apart. On the paths on one of our local commons person silhouettes have been stencilled that are supposed to remind us of the distance as we walk the paths on our daily exercise rounds. But what do we mean by apart? Do we measure it from the closest distances between us, our centrelines, or perhaps from nose to nose?

It reminded me of my first car. I used to tell my students that this was a two-seat mid-engined BMW, which of course it was. It was a BMW 300+, better known as an Isetta bubble car. My version had been built in the old Carriage Works in Brighton and was right-hand-drive, with four wheels. This produced a certain amount of controversy. I’d heard that the rear wheels were close enough apart to be considered as a single wheel by the taxation authorities, but our local ones had obviously not heard of the rule, and told me that the distance referred to that between the centrelines of the wheels and not the distance apart and that they wanted their full four-wheeled quota of road tax. I think they simply didn’t want to change the status quo. I didn’t keep the car for very long as it was hardly the most practical of transports, even if I did manage to get six people in it for a short journey on one occasion. 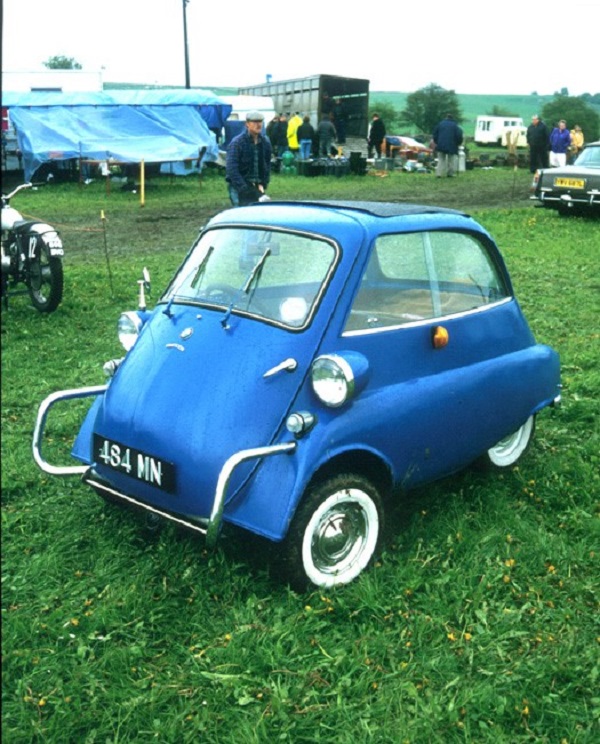 The real thing – another right-hand-drive BMW 300+

Quite some time later I became interested in narrow-gauge railways and in modelling them at the slightly strange scale of 16mm to the foot, which works out at 1:19.05. On one holiday to North Wales I visited the Gloddfa Ganol slate quarry, and found a shed there containing a railway Isetta to about 2’ gauge – the rear wheels had simply been replaced by a pair of railway wheels, and something had been done at the front, although at the time I wasn’t sure what they’d done there (see the headline picture of the UK-converted Isetta railcar – known as the Rail Taxi).

I stored the fact away – it would be nice, at some point, to make a model of it, I thought. A bit later I discovered that Revell had indeed brought out a model of the car in about the same scale – 1:18 – which meant that I was able to see what I could do about motorising the model. It turns out that there were at least two cars that were converted to run on 2’ rails, one in Germany and one in the UK. 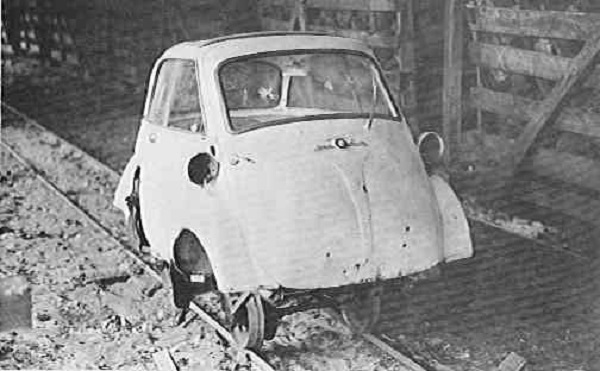 The German version of the Isetta railcar

My motorised model version simply has a small wheelset under the front, like the German one. The UK version has a four-wheeled bogie under the front. There’s just about enough room in the engine compartment for a small battery and a motor. In 1996 I visited the National Show for the club, and added it into the (small) pile of entries into the class of models of a creative nature (whatever that might mean). Yes, it won the class… and from time to time graces various model railway lines, preferably with a curious public watching so they can enjoy the sight. Of course, I make it clear that it is a model of a real rail vehicle! 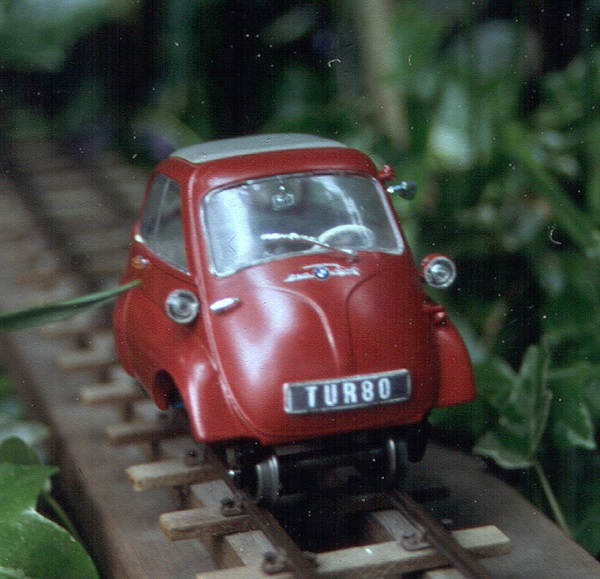 My model version, known as Turbo, originally after someone’s tortoise: but I think it has something to do with blowing bubbles as well…