END_OF_DOCUMENT_TOKEN_TO_BE_REPLACED

A Napier with a history 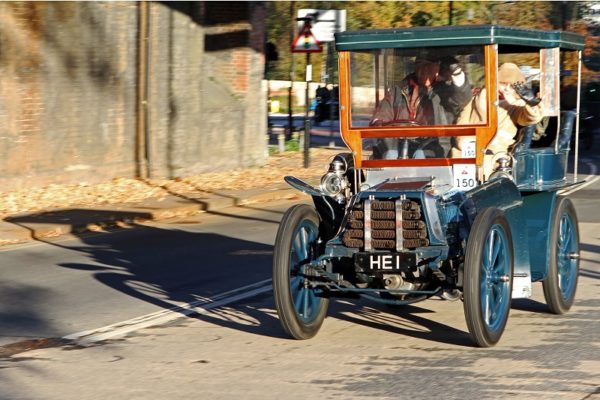 Brothers John and Clive Boothman are Napier people, and they have responded to the recent Slider and posts on Napiers with true enthusiasm and generosity. They own a 1902 12 h.p. Napier whose history is known almost from new – and they have sent us some wonderful photographs.  The headline colour picture shows the car at Coulsdon on the 2016 London to Brighton Run.

John and Clive have also sent us the specification and brief history of their car, with a short history of the Napier company.  We reproduce all three here, as they have written them.

Of Scottish ancestry and the son of a blacksmith, David Napier established his engineering business in London in the early 1800’s.  He and his son James made printing presses and, as the century progressed, stamp perforating, coin weighing, bullet making and a range of other precision machines from their factory in Vine Street, Lambeth.

When James died in 1895 his 25 year old son Montague took on the business.  In 1899 Montague was introduced to fellow keen cyclist S. F. Edge, who commissioned Montague to make improvements to his Panhard et Levassor car.  An arrangement then developed whereby Montague made cars and Edge sold them.  One of their earliest cars gained a silver medal in the 1900 1,000 Mile Trial: Edge recognised the value of publicity from sporting successes.  In 1902 he won the Gordon Bennett trophy on a Napier, the first international motor racing success by a British car.

Napier went on to make over 5,000 cars up to the First World War, including the first commercially successful 6-cylinder car.  Car production continued until 1924 but, post war, the attentions of the firm turned to aero engines,

Specification of the Boothman car

A brief history of HE 1

The first owner was Richard Key Micklethwait of Ardsley House, Barnsley, Yorkshire.  He owned substantial lands around Barnsley, including a brickworks, quarry and interests in local collieries.  He employed as his chauffeur the son of his coachman, a very young George H. Eyre.  In around 1905, Richard Micklethwait and his wife moved to Zeals House in Wiltshire for health reasons.  The picture below shows a young George Eyre at the wheel after the move to Wiltshire. 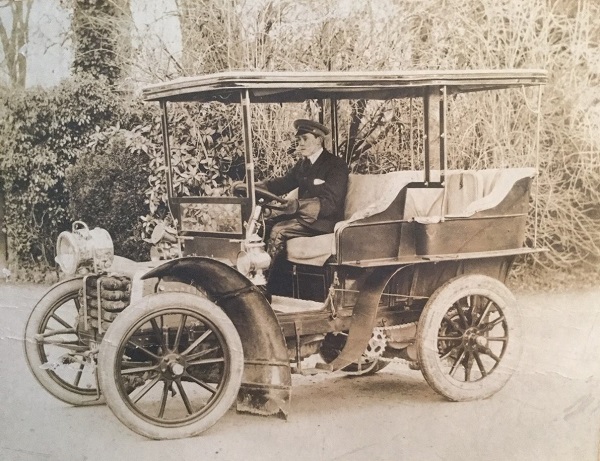 This picture of George Eyre was taken at Zeals.

Squire Micklethwait died in 1908 and the car stayed down south whilst Eyre returned to Barnsley and set up a successful garage business with his brother, Hubert.  In 1934 Eyre tracked the Napier down in Gillingham, Dorset (only some 4 miles from Zeals) and purchased it, campaigning it actively on VCC rallies at home and abroad until his death in the early 1950’s.

The car was then taken on by his nephew, James Victor Medlam, who continued to rally it.

The car was purchased by Thomas Boothman in 1979 and has remained in the Boothman family ever since.  Bodily and mechanically restored, it remains much as it left the Napier factory.  The car has taken part in a number of UK and international events, including the 1000 Mile Trial re-enactment in 2000 and rallies in Switzerland and France, as well as being a regular participant on the Brighton Run.

Now here are some more pictures, with additional details: 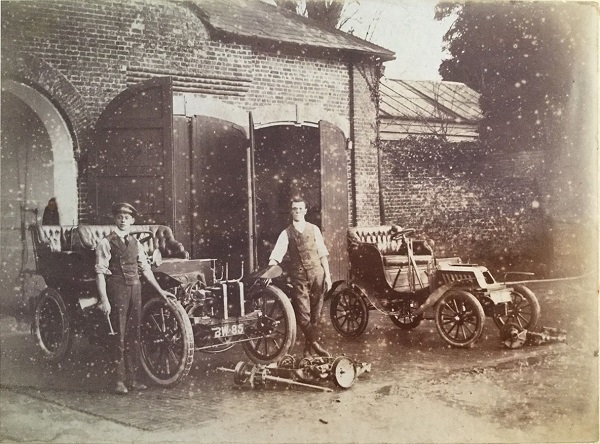 In front of the coach house at Zeals, partially dismantled with chauffeur and mechanic.  An early De Dion accompanies it.  Clive Boothman has visited the house and tells us that the coach house remains much as it was. 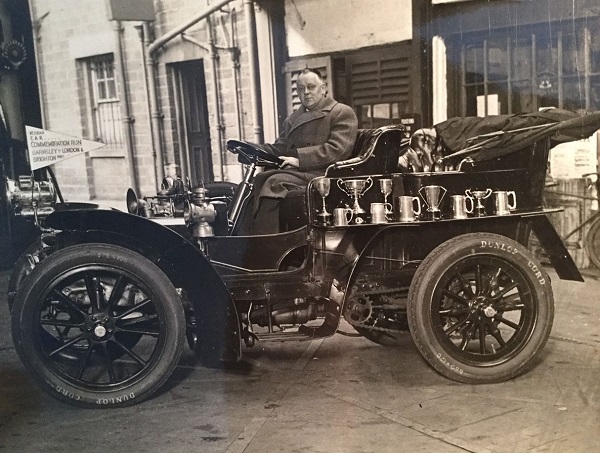 The Napier with an array of trophies 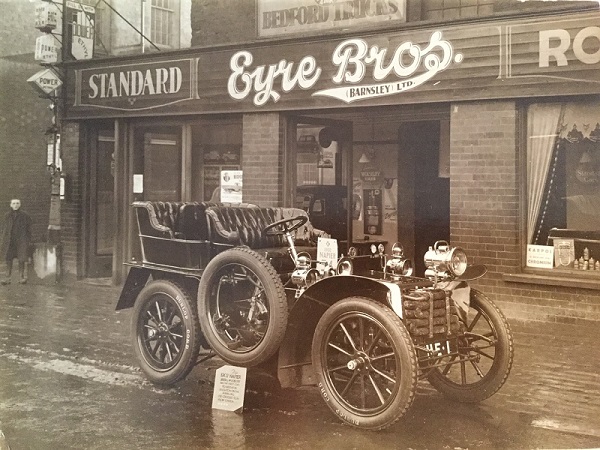 Outside the Eyre premises.

On the street in 1935.  The car is wearing a trade plate (047HE). George Eyre is taking the Vicar of Dodworth for a trip down the High Street.  (Dodworth is a suburb of Barnsley, where the Eyre business was located).

We are most grateful to John and Clive for allowing us to publish all this information and delightful pictures.  We hope you have enjoyed the story as much as we have.