END_OF_DOCUMENT_TOKEN_TO_BE_REPLACED

The Rootes Story: The Making of a Global Automotive Empire 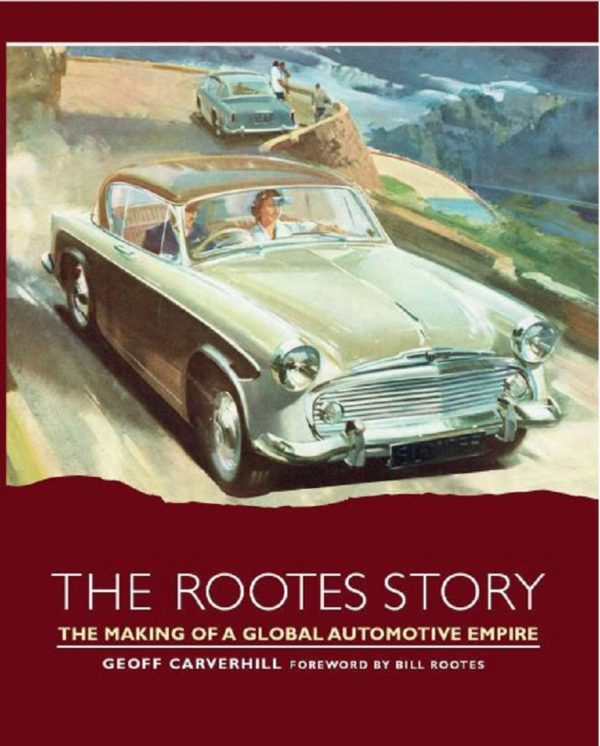 Geoff’s previous book was a history of Commer trucks but he has now cast his net wider and given us a well-written history of the Rootes Group as a whole. I believe this is just volume 1, with a follow-up volume planned on the period from 1960 onwards, including the Chrysler, Talbot, and Peugeot years, until the Ryton factory was closed in 2007.

For many years, Rootes seemed to be the overlooked poor relation in the written history of the British Motor Industry, but things have improved tremendously and Geoff’s book is a valuable addition to the existing body of work. He has enjoyed the full support of the Rootes family, as well as the Rootes Archive Trust, the Coventry Museum and Archive, and the clubs for Rootes Group products.

The story is told from the early days of the cycle business and later motor agency in Kent, founded by William Rootes Senior, and then on to his two sons, William and Reginald, who set up their own car retailing business. Very quickly this became one of Britain’s biggest dealership chains. They then moved into manufacture, by taking over the Hillman, Humber, and Commer companies. Rootes soon became one of the “big six” car makers in Britain. They only began to falter in the 1960s, when arguably they made a number of poor decisions for the design and manufacture of the Hillman Imp.

The author has made excellent use of the material available to him, including unpublished personal memoirs and other manuscript sources, but I was surprised that he does not appear to have used the Rootes Group board meeting minute books, which are apparently preserved. Nevertheless, the book combines aspects of a business history, with some history of the cars.

There are plenty of illustrations, in fact if anything, the book is over-illustrated and many images have ended up rather small. They are almost all archive illustrations, including some early colour material. The design is neat but has adopted the current fashion for “sidebars” which is all very well but a “sidebar” of four pages stretches one’s patience. There are no references or endnotes, and the bibliography is only of secondary sources. There is a good index. Despite a few shortcomings, I can recommend this book.