END_OF_DOCUMENT_TOKEN_TO_BE_REPLACED

The missing Napier – or History can be Bunk 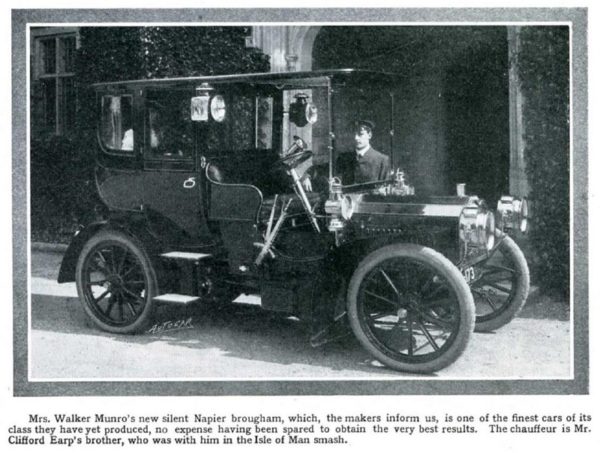 If you are going to write about old cars, beware of errors.  The Slider of four Napier cars that you will see at the top of this website is fine – but our attempt at accurate history in the ‘Click for more details’ text was not fine.  We were bamboozled by the caption under the original picture that stated, ‘A group of cars in the garage courtyard’ and we took as gospel the list given elsewhere in the article.  But we knew that none of the cars looked like the 15-24 h.p. Napier brougham on that list.  We tentatively suggested A-174.  We were wrong.

Ariejan Bos (you knew he would, didn’t you?) has come to our aid with more information and corrections – and the pictures to support them.  Here is what he has discovered.

Firstly, he confirms our doubt that A-174 was a Brougham.  But he correctly asks the question: where is number A-173, clearly missing in the row?  He has sent us the picture that appears at the top of this post, from The Autocar of September 17th, 1904, showing the ‘new brougham’ of Mr. Walker Munro, with that registration number.

But Ariejan then poses the next question: what is A-174?  His answer is supported by further pictures.  He says:

‘It has a rather unfamiliar Napier front, which resembles very much the 18hp model D45 Napier, sold by the Napier Motor Company of America from 1904 to 1907.  An example of this model still survives (BS 8329).  If this model was also available in England, I couldn’t find out but probably someone will know.’

The illustration we show of this car is from Grace’s Guide.  It was sold by Bonhams in 2015, and their information on the car states that this D45 model was built in America, marketed there as the 12 h.p. and sold in England as the 15 h.p.  It was chain drive. 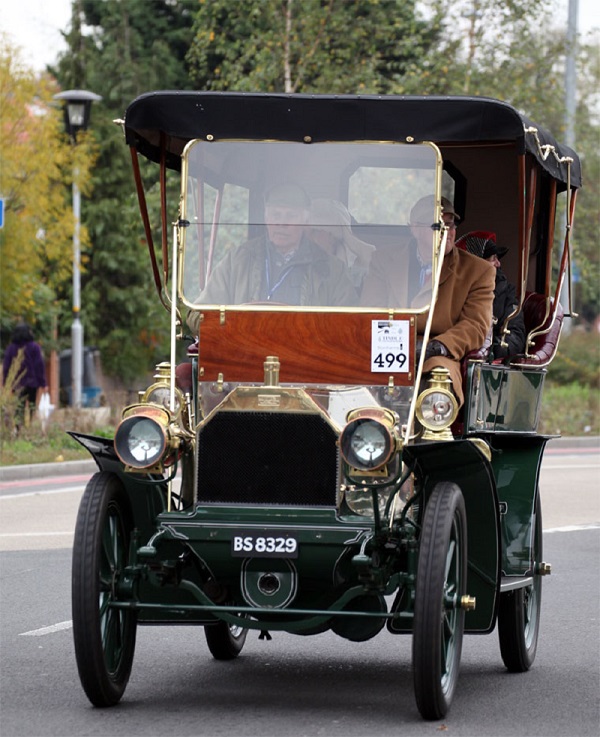 Ariejan also sent us a 1905 American advertisement for the 18 h.p. Napier – but this is for a shaft-drive car, so it is possible that the American factory did indeed build a smaller, chain-drive car that could be A-174. 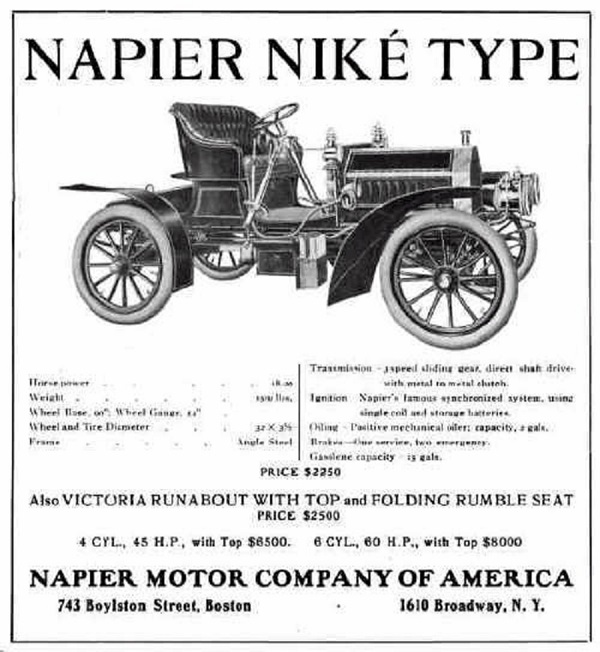 Our thanks are once again due to Ariejan for shedding more light on the history of the Walker Munro cars.  If anyone can identify A-174, then we shall be delighted to hear from them.

One response to “The missing Napier – or History can be Bunk”