END_OF_DOCUMENT_TOKEN_TO_BE_REPLACED

THE EMERGENCE OF BICYCLING AND AUTOMOBILITY IN BRITAIN 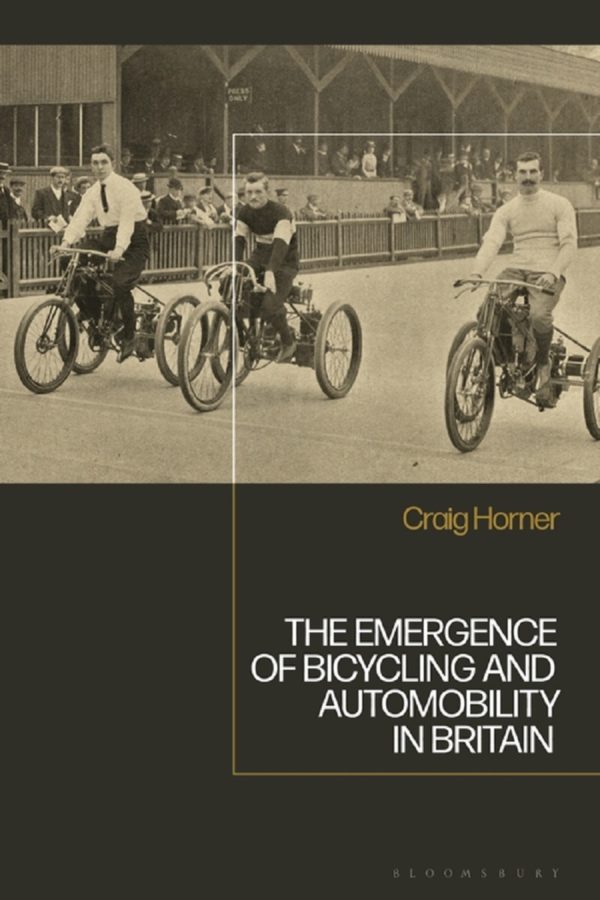 We are delighted to announce the publication of a new book from Craig Horner – SAHB Limited board member and editor of our annual journal Aspects of Motoring History.

The Emergence of Bicycling and Automobility in Britain (224 pages; 20 black and white images) is published by Bloomsbury in three formats:

You can buy the book here:

In the late 19th century, bicyling and motoring offered new ways for a hardy minority to travel. Escaping from the ‘tyranny’ of the train timetables, these entrepreneurs were able to promote private mobility when the road, technology and infrastructure were unequal to the task. With a moribund network out of town, poor roadside accommodation and few services, how could road traction persist and ultimately thrive?

Drawing on a wealth of primary sources, including magazines, newspapers and advice books on stable management, this book explores the emergence and development of bicycling and automobility in Britain, with a focus on the racing driver-cum-entrepreneur SF Edge (1868-1940) and his network. Craig Horner considers the motivations, prejudices and cultures of those who promoted and consumed road traction, providing new insights into social class, leisure, sport and tourism in Britain. In addition, he places early British bicycling and automobility in an international context, providing fruitful comparisons with the movements in France, Germany and the United States.

The Emergence of Bicycling and Automobility in Britain is an excellent resource for scholars and students interested in mobility studies, social and cultural history, and the history of technology.

“Craig Horner’s treatise on the early days of cycling and motoring in Britain takes a scholarly yet entertaining look at the changing attitudes to the new mobility and its gradual diffusion down through the clearly defined social strata of pre-Great War England. Key figures in this scenario highlighted in the text were Selwyn Francis Edge and his secretary Dorothy Levitt, who did much to popularise motoring among a wider audience. The ample list of references consulted invites further reading.” –  David Burgess-Wise, Society of Automotive Historians in Britain, UK.

“Craig Horner’s absorbing analysis brings home just how much of the cultural landscape of modern British automobility was established as early as 1910. Out were the niche enthusiasts’ toys driven by the 1890s posh, in were the slightly boring branded cars affordable by the consumer of ‘moderate means’ – the advance guard of mass motoring. Only by understanding the enormity of this century-old cultural achievement can we dream of inspiring tomorrow’s motorist to spend less time behind the wheel” –  Colin Divall, Professor Emeritus, University of York, UK.