END_OF_DOCUMENT_TOKEN_TO_BE_REPLACED

THE BUGATTI TRUST – A new programme of talks 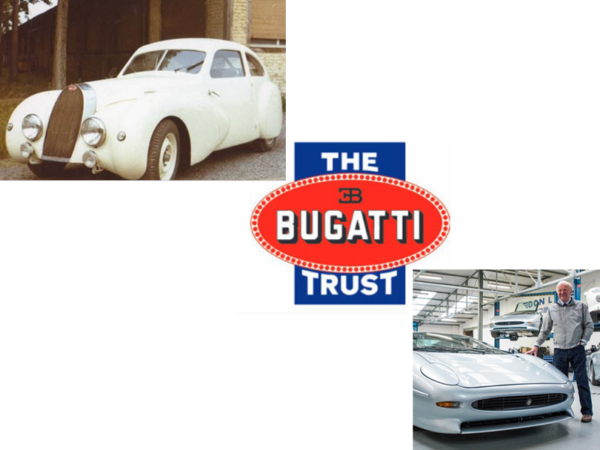 The upcoming talks are all at the Bugatti Trust HQ at Prescott (see below for full details, prices and how to book).

This is the new programme:

In the 20 years between 1919 and 1939, Ettore Bugatti, later assisted by his very able son Jean Bugatti, designed, built and sold almost 8,000 cars.  However, during the last 20 years of the Bugatti company (1943-1963), Ettore Bugatti and then later Roland Bugatti assembled and sold 7 cars, using pre-war parts and to a 20-year-old design. How and why could this have come about?

James Randle: A lecture on his career and projects – 6.00 pm on Thursday 24th May.

James Randle has had a long and distinguished career in the motor industry which included 27 years at Jaguar. One of his most famous projects was the Jaguar XJ220 and he was closely involved with the development of the Series III E-type as well as responsible for significant new designs and patents.

Ticket Price is £25 per person per event, and will include a seated meal as well as a Q&A opportunity. The Bugatti Trust has started taking bookings so please don’t miss the opportunity to purchase your ticket and join them in what promises to be a series of educational and entertaining get-togethers.
Email Sue on info@bugatti-trust.co.uk OR telephone 01242 677201.