END_OF_DOCUMENT_TOKEN_TO_BE_REPLACED

The All-British Marendaz Special: the Man, the Cars and the Aeroplanes 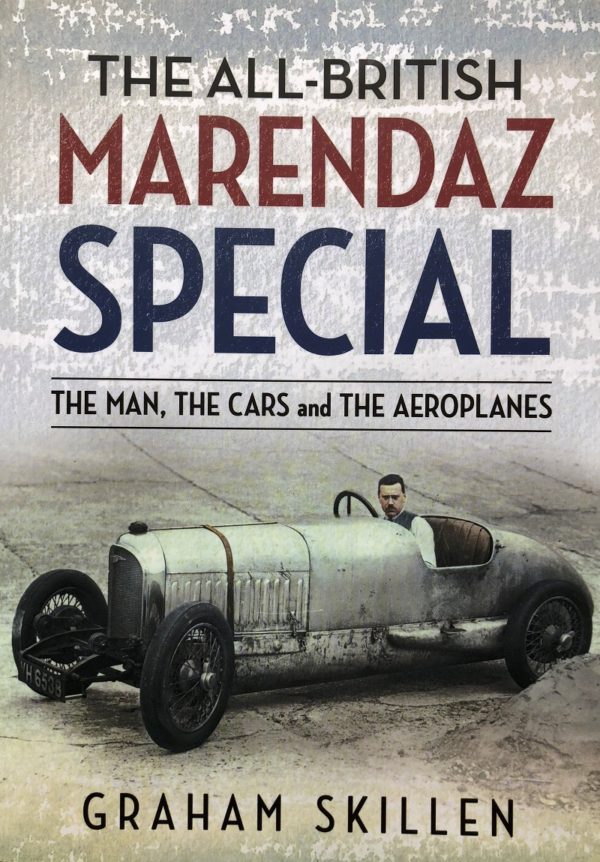 This is a wonderful book.  Firstly, Graham Skillen has had the good sense to tell the story of an unusual man: acerbic, litigious but also highly creative and determined.  This makes the subject potentially a very interesting one.  But an interesting subject is only a small part of the battle for the reader’s interest.  The author has brought several advantages to bear to make this a story that hangs together, never flags and is full of fascinating tales from beginning to end.

The first advantage is that the author has sought out and interviewed people who worked at the Marendaz factory – some of them as far back as the 1920s.  This may very well be one of the last motoring books to be written with personal memories from such an early date, and the author is to be congratulated for this.  The testimonies of Messrs Atkinson, Duddington (cousin of the celebrated Driver Duddington – Google it if this means nothing to you) and Light give insights into what was really happening in the company.  Marendaz was, to be kind, a ‘publicist’ for his company – a man who was not averse to massaging the truth if it would help to sell more cars, and these three men not only get to the truth, but also give precious insights into the sometimes appalling conditions under which they worked, often as a result of the permanent lack of money that dogged Marendaz through many of the years of production.

The second advantage is that, even when there is no verbatim evidence from those who were there, the author is meticulous in going back to primary sources wherever this is possible.  In particular, the sad and ultimately rather tragic circumstances that led Marendaz to be imprisoned as a suspected undesirable during the Second World War are brought to life by quotations from court papers and letters from the main protagonists.

Throughout the book it is never forgotten that the cars designed and built by Marendaz were effective.  They competed at Brooklands, in trials, at the TT, at Shelsley Walsh, in the RAC Rally and even in the 1936 French Grand Prix, and enjoyed some significant successes as well as some abject failures.  Amongst well-known drivers were Kaye Don and Alfred and Aileen Moss (parents of Stirling) and the competition story is well told and holds the attention throughout.

The author takes the story forward to the failure of the car-making company and the subsequent move by Marendaz into the manufacture of aircraft.  Although not about cars, it is still a remarkable tale and essential to completing the history of this enigmatic character.

All too often motoring books have a few interesting sections but are then bulked out by ‘copious’ appendices that are no substitute for an interesting narrative.  The appendices in this book are mercifully short and just enough to record the fate of the cars and to list the main employees.  There is also an index – often lacking in books of this nature.

Criticisms are very few.  Although there are virtually no typos and the grammar is correct, the text can occasionally become a little ponderous and would benefit from shorter sentences in some places.  The text is also small, but this is soon forgotten as the reader becomes immersed in the tale and wants to find out more.

A final advantage is the price.  Not only is this sold at a discounted price that represents astounding value for money; it is also available for only £9.99 in a Kindle edition.  There is ample evidence that younger and impecunious motoring enthusiasts are interested in reading automotive history but are often frustrated by the high prices on the books they want to read.  Could not electronic versions be provided for those readers as well as the cloth-bound or leather-bound, slip-cased productions that also have their own place in the market?  Well here is a modest but potentially ground-breaking example.