END_OF_DOCUMENT_TOKEN_TO_BE_REPLACED

THE 2020 WINNERS OF THE MICHAEL SEDGWICK AND MALCOLM JEAL AWARDS 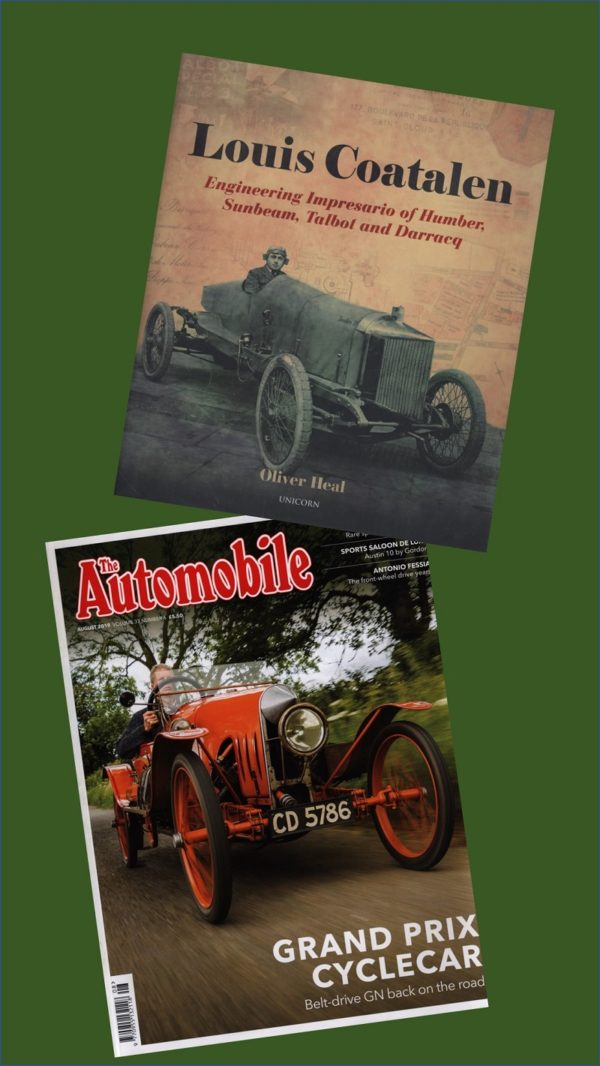 We are delighted to announce the winners of the SAHB’s two awards: the Michael Sedgwick Award for the best book on British motoring written in the English language; and the Malcolm Jeal Award for the best article to appear in print in English.

We are very pleased to announce that Oliver Heal has won the 2020 Michael Sedgwick Award for:

From the preface of this work it is clear that Oliver Heal grew up with Sunbeam: his father Anthony Heal was an ardent enthusiast of the marque. He presents a meticulously researched portrait of Coatalen’s successes both as an engineer and a racing driver, detailed in such a way that one feels that he is completely in tune with Coatalen’s thinking.  The book includes the endeavours of such racing drivers as Jean Chassagne, Kenelm Lee Guínness and Dario Resta.  There are accounts of Sunbeam’s, and Coatalen’s, role during WW1, the involvement with airships and, post-war, the creation of STD Motors and comprehensive reports of Sunbeam successes, including the excitement surrounding the World Land Speed Record attempts with Henry Segrave.

The author does not hide Louis Coatalen’s personal failings, nor his addictions to alcohol, his often-difficult behaviour and his penchant for some injudicious investments – all of which makes for compelling reading.  The book has been published with the financial assistance of the Michael Sedgwick Memorial Trust and is exceptionally well laid out with copious illustrations, many not seen before.

We are very pleased to announce that Reg Winstone has won the third (2020) Malcolm Jeal Award for:

Grand Prix Cyclecar (in the August 2019 issue of The Automobile magazine.)

This well-researched and beautifully written article, with excellent contemporary and modern photographs, adds significantly to the history of GN.

The awards are normally presented at the October seminar and AGM of the Society of Automotive Historians in Britain (www.thesahb.com ) – but not in 2020.  They will be in 2021.