END_OF_DOCUMENT_TOKEN_TO_BE_REPLACED

SNAPSHOT 72: Rather a large beetle 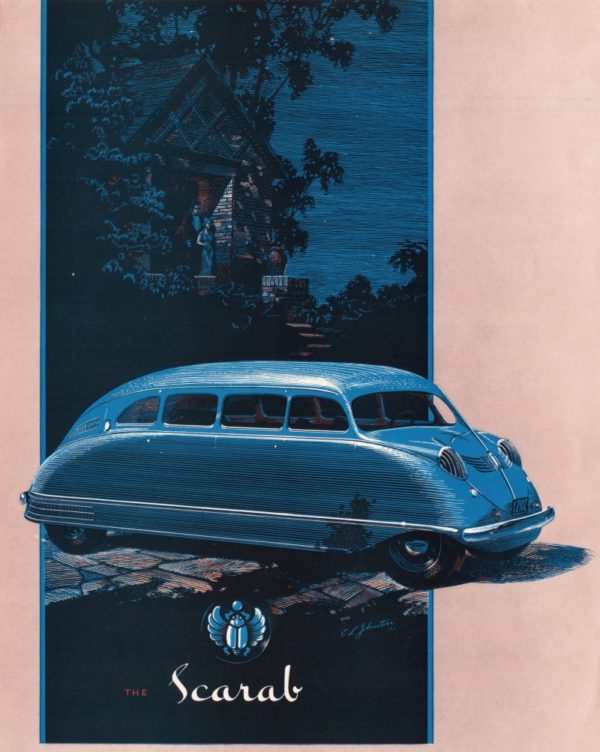 The Stout Scarab was produced during 1932-39 in very limited numbers, nine in fact. Its history is well recorded. William Bushnell Stout of Michigan was an automotive and aircraft engineer who worked on special designs during the thirties and forties. He was influenced by Buckminster Fuller’s Dymaxion car and asked Dutch-born John Tjaarda to design the chassis-less, rear-engined, Scarab as an office on wheels. Was there ever a car that looked more like its name? Its Egyptian scarab beetle motif was perfectly mirrored in the car.

The V-screen example in this 1936 advertisement was drawn by artist E. L. Johnston, using the eerie blue of the night sky to cast a glow over the car. The car was so costly that it could only sell to the super-rich of the day and thus expensive society-journal advertisements could be justified. But at least five examples survive today.

One response to “SNAPSHOT 72: Rather a large beetle”