END_OF_DOCUMENT_TOKEN_TO_BE_REPLACED

Ciao Stirling – The Inside Story of a Motor Racing Legend

END_OF_DOCUMENT_TOKEN_TO_BE_REPLACED 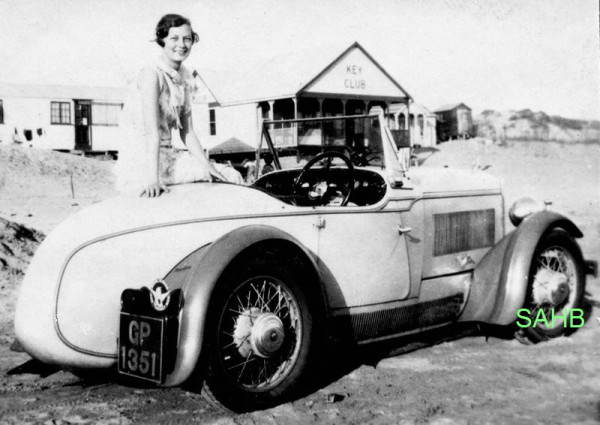 In its reporting of the 1930 Olympia Show, The Motor commented on the Wolseley Hornet four-seater Saloon: ‘it has won for itself a considerable measure of popularity since its introduction early this year’.  Although the Hornet was essentially no more than a stretched version of the 4-cylinder Morris Minor, because it was fitted with a six-cylinder overhead-camshaft 1270cc engine and weighed only 14½-hundredweight its performance was lively.  Hydraulic brakes gave it effective stopping power too.  At a cost of £175 it was, in the context of its times, inexpensive; only a handful of small cars cost less.

Soon after the Hornet appeared on the scene various coachbuilders took an interest in the cars and began to clothe them with sporty-looking two-seater bodies.  At the 1930 Show in October both Hill & Boll and Hoyal exhibited such cars on their stands and by mid-1931 others had joined in.  The Motor Sport issue of August 1931 had a dedicated article on the topic in which the output of a further seven builders was described and illustrated.  Among these was the Swallow Coachbuilding Co of Coventry and it is an example of this firm’s work that appears here – the London registration placing the car right in the middle of the year.

It is believed that this example had a cream-coloured body with leaf-green mudguards, the same green being used for the moulding line along the side. Period pictures of these Swallow-bodied Hornets seem only to show them either from the front or in profile, whereas in this view we get a better idea of the generally pleasing overall appearance of the bodywork.  The car’s owner was a lady and her seated friend helps to convey the size of the vehicle.  And is that a stylised swallow flying above the number plate?

The Hornets, particularly those with sporting bodywork, were pleasant to drive, had a maximum speed of around 65 mph, were affordable, and appealed to both sexes.  In the first two years of production almost 7,000 found customers.

The updated examples from 1932 into 1935 though were considered by the cognoscenti to have indifferent handling and so all examples were discredited by them.  As more than 30,000 Hornets of various types were sold over a six-year period, this suggests that it may have been more the lack of exclusivity that prompted the attitude of these self-appointed arbiters of taste – who also turned their noses up at Swallow’s SS products.