END_OF_DOCUMENT_TOKEN_TO_BE_REPLACED

SNAPSHOT 219: The 1964 Manchester to Blackpool Run 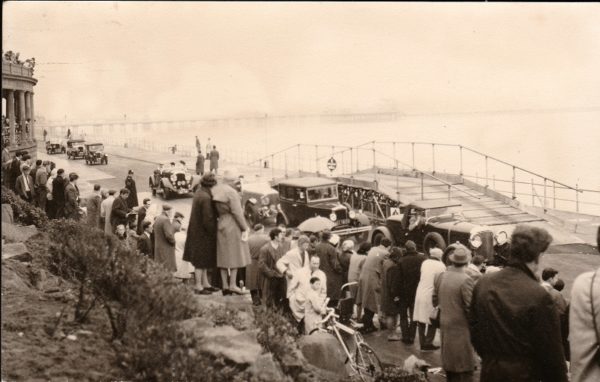 This is a snapshot that is truly just that.  In fact it is one of three taken within seconds of each other as competing cars arrived at the finish of the second Manchester to Blackpool Veteran and Vintage car run on Sunday April 19th 1964.  At least two current and active SAHB Members were present: one as the navigator in his family 4½-litre Bentley (seen leading the group in this Snapshot) and the other driving his 1920 Star.  Not bad for a 55-year time lapse!  Alternatively, evidence of arrested development!

The unknown photographer centralised a 1928 Morris Cowley saloon registered MU1838, so that ‘our’ and other Bentleys were incidental snapshot interlopers.  The programme of the event tells us that the Morris was one of two cars entered by Frank Sanderson, the other being a 1929 Austin 12-4 ‘Windsor’ saloon.  Frank is remembered as the owner of a bodyshop and coachbuilding business in Accrington, mainly constructing light commercial vehicle bodies, but just which of these two cars he drove in 1964 is not known.  A friend must have recorded the finish of the event for him.

The Manchester to Blackpool V&V Car Run was organised by the Lancashire Automobile Club, still a flourishing motor club, but the run, after some 25 to 30 very successful years, gradually lost its way.  Significantly this was accompanied by loss of major sponsorship, led by The Daily Telegraph, and, in order to combat falling entry numbers, the extension of eligibility from the initial 1931 deadline by the admission of increasingly more recent ‘classics’.  The 1964 event attracted over 160 entries that included no fewer than 21 true ‘vintage’ Bentleys and many fine veterans and Edwardians, the oldest car that took part that year being Denis Flather’s 1897 Daimler.  The event reached its zenith in 1969 with nearly 50 pre-Great War cars and a further 150 or more cars dating from the 1920s.

Seeing ‘our’ Bentley in the foreground prompts some memories after all those years.  Both the Star and the Bentley took part at the half-way stage in the driving test at the Lancashire Police headquarters, including a timed section that had to average exactly 30 mph, which our Bentley navigator remembers was almost impossible to achieve with a chronometric speedometer whose reading flicked up and down annoyingly.  The Bentley carried an original Vanden Plas body that had been modified from four-seater to two-seater with an ugly trunk at the rear – but a photograph of the car in its original form appears in one of the four gold 50th anniversary issues of the Bentley Drivers Club Review for 1969.

The Bentley at the back of the group of four cars is also remembered.  It is almost certainly one of only six 4½-litre RC models – made in 1936 from existing parts after the merger with Rolls-Royce.