END_OF_DOCUMENT_TOKEN_TO_BE_REPLACED

Prince Philip and his cars 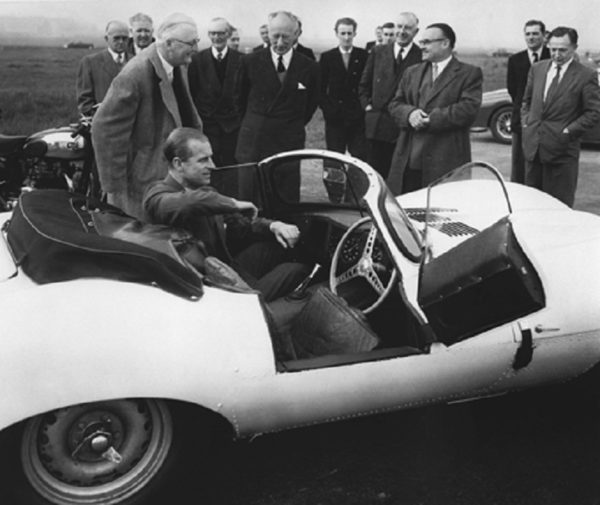 On the death of HRH Prince Philip the Duke of Edinburgh, apart from commemorating all the other aspects of his long life, it is a time to look back at some of his cars and his career as a motorist.

As a young man, Prince Philip joined the navy, and as a midshipman joined the HMS Ramillies in Colombo in Ceylon (now Sri Lanka) in 1940. Here he bought his first car, a second-hand 1935 Standard Nine, to get from Colombo to Trincomalee where he had been assigned duties. When after six months the Prince was moved to another posting, the car was left behind, but it has been preserved and today is proudly displayed in Colombo’s Galle Face hotel. 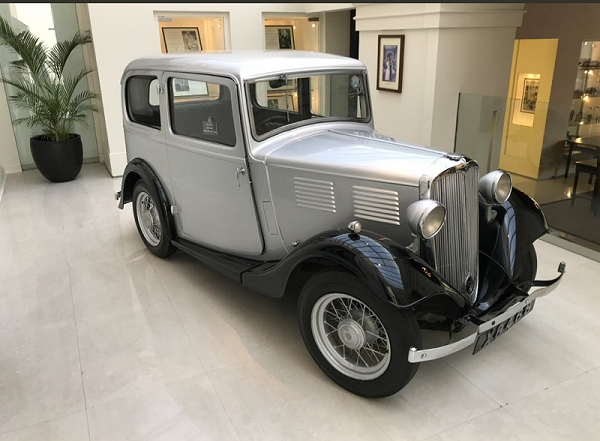 After the war, Prince Philip bought a new MG TC in 1946 or 1947, black with green trim, which is the car that he drove while courting HRH Princess Elizabeth. Two different registration marks have been quoted – JLN 8 (London, October 1947) and HDK 99 (Rochdale 1949) – and I suspect that neither is correct. When he and the Princess married in November 1947, among the wedding presents were two cars: A Daimler DE27 limousine registered HRH 1 presented by the RAF and the WAAF, bought with funds raised by subscription among serving personnel, and an Austin Sheerline which I think was a present from the Austin Motor Company and their London distributors the Car Mart.

In 1954, the Prince acquired one of his better-known cars, a Lagonda 3 litre drophead coupé finished in Edinburgh green, which he kept until 1961. It was originally registered OXR 1 but when sold out of Royal ownership, was re-registered XYX 3. It was fitted with a power-operated hood, a radio telephone, and floor rather than column gear change. Prince Philip took the car with him on board the Royal yacht Britannia when he went to Australia for the 1956 Olympic Games in Melbourne, and he and the Queen drove it to open the M1 Motorway. The car still exists, and after having one owner for forty years, was auctioned by H&H in 2016, for £350,000. 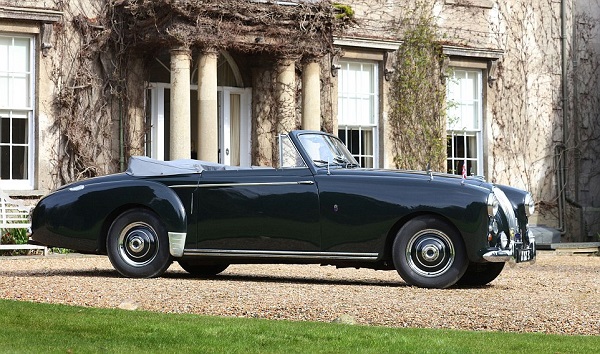 As the Lagonda marque was in abeyance when the time came to replace the car, the Prince’s choice fell on an Alvis 3 litre TD21, again with drophead coupé bodywork, and the registration mark OXR 1 was transferred to the new car. It had an unusual feature in the shape of a windscreen and hood 2 inches higher than normal. This car has been kept by the Royal family and can now be seen in the Royal motor museum at Sandringham. 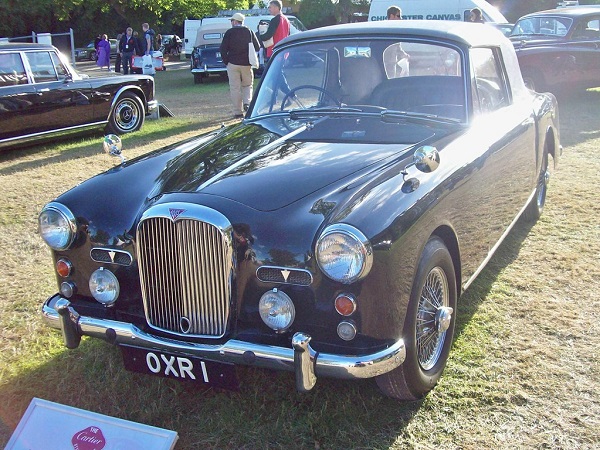 Meanwhile the Prince’s interest in cars had manifested itself in other ways. On the Royal tour to Australia and New Zealand in 1953-54, the Prince occasionally took the wheel of one of the specially-built Daimler DE36 all-weather touring cars, but he was also said to have referred to the old-fashioned Daimler state landaulettes as “the hearses”. When the Queen changed from Daimler state cars to a Rolls-Royce Phantom IV, the Prince took a keen interest in its construction, and was said to have borrowed a prototype Bentley fitted with the same straight-eight engine as the Phantom, popularly known as the “scalded cat”.

In 1955, the Prince visited the Austin factory at Longbridge, and is said to have been critical of the styling studies for new models, suggesting to Len Lord and George Harriman that they should employ an Italian designer – which they duly did. Together with the Queen, he visited the Jaguar factory in 1956. In 1957, he visited MIRA and was given a ride in a Jaguar XKSS by Jaguar test driver Norman Dewis. When Prince Philip visited the Rover factory in 1958, he was able to drive the turbine engined T3 car. In 1963, he opened the Rootes factory at Linwood and drove the Hillman Imp.

The Prince owned or used some quite unusual cars from time to time. When the Alvis was pensioned off, for a few years he had the use of the Reliant Scimitar Ogle-Triplex GTS special which apparently is now preserved in the USA, and later on he became an early user of an electric car for getting round London, the Bedford-Lucas Electric “limousine” registered EOV 501 V which is now in the British Motor Museum at Gaydon. More recently, he used a Metro cab with LPG conversion in London, registered OXR 3, this is now at Sandringham. 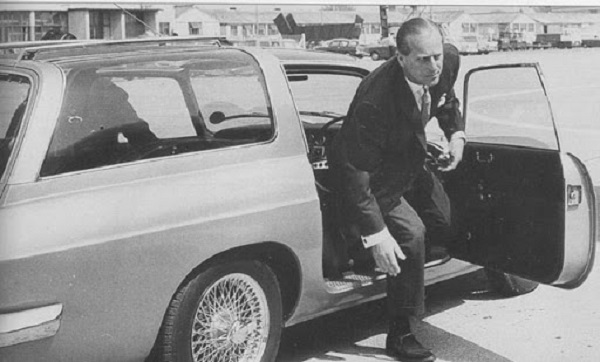 Of course the Royal family has long been associated with the Land Rover brand, and the last car that Prince Philip drove himself was a Freelander 2, until he finally gave up driving after the unfortunate accident near Sandringham in 2019. Probably the last time he was driven, was on leaving hospital in March 2021 to return to Windsor, when he was chauffeured in a new BMW 7-series.

2 responses to “Prince Philip and his cars”