END_OF_DOCUMENT_TOKEN_TO_BE_REPLACED

No gain without pain – getting ready to race 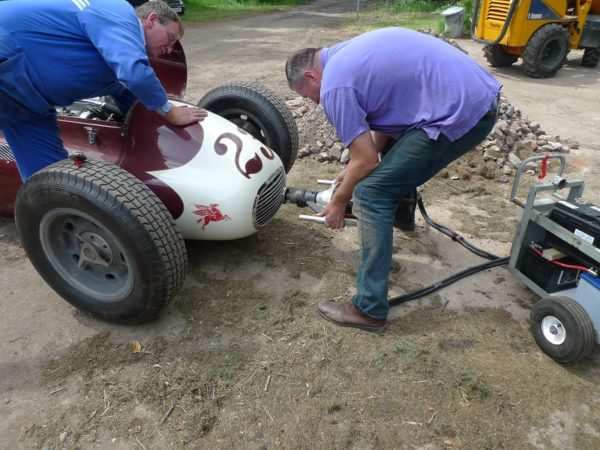 Historic racing and hillclimbing have the wonderful advantage over the modern formulae that we can wander round the paddock and watch the final preparations.  But, despite the odd glitch on the day, we never really get to see the sometimes-painful process of awaking an historic racing car from its winter slumbers before the day of the race.  We were privileged to see this happening at the beginning of July to the Jim Robbins Special – a famous Indianapolis racer that on 8th and 9th July competed honourably in the Chateau Impney Hillclimb. 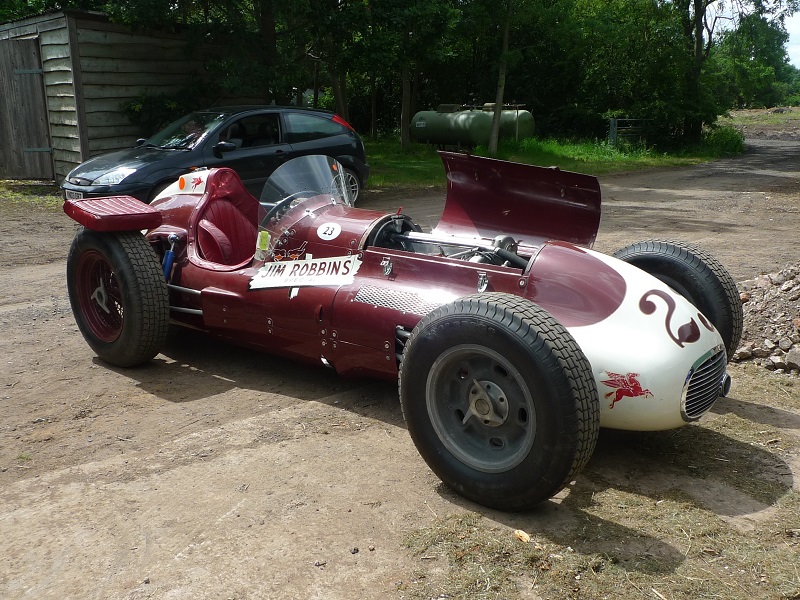 The Offenhauser engine – canted over to lower the centre of gravity 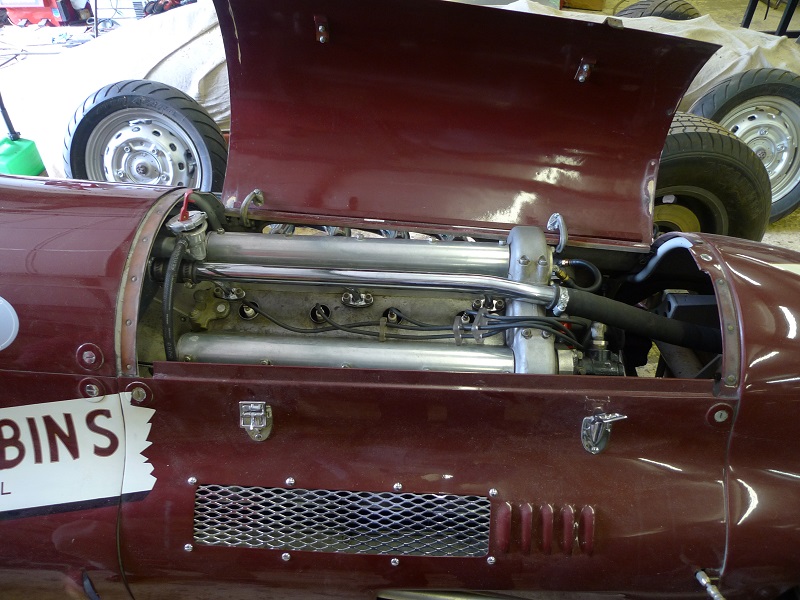 Original floating-caliper disc brakes all round 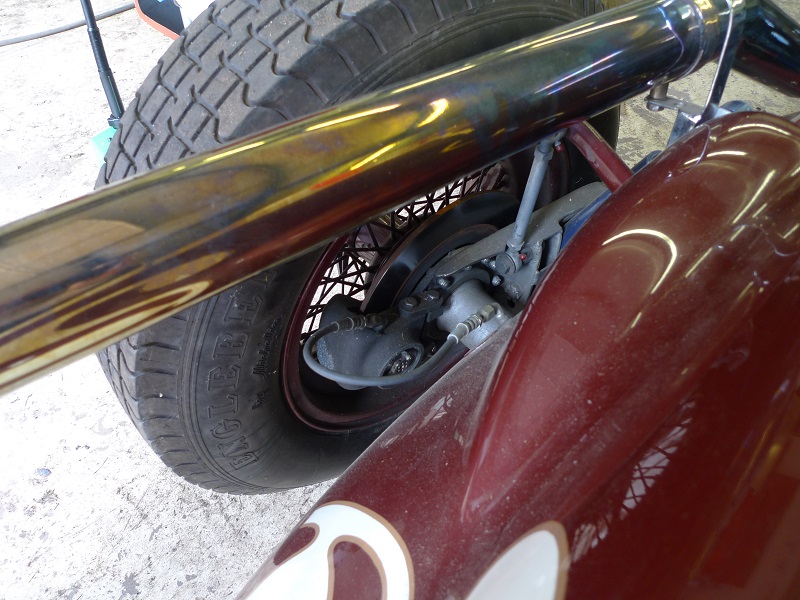 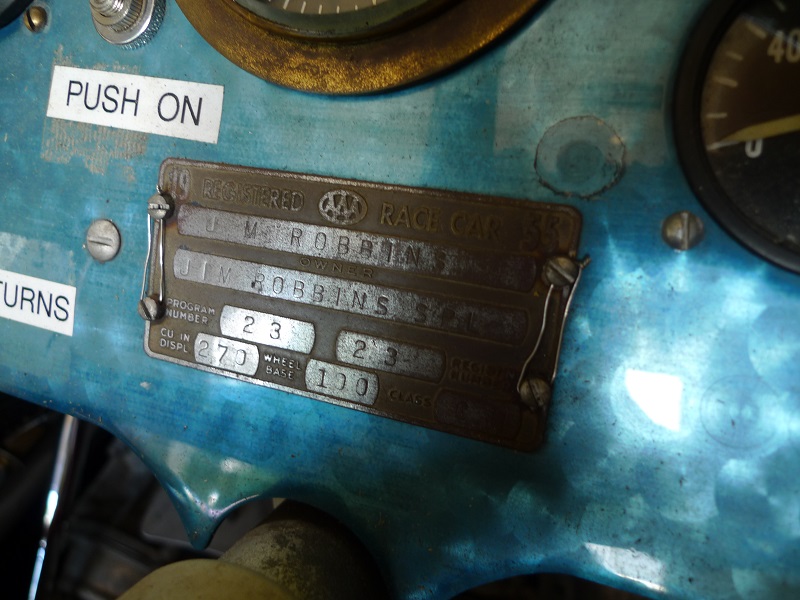 A seat designed for left turns 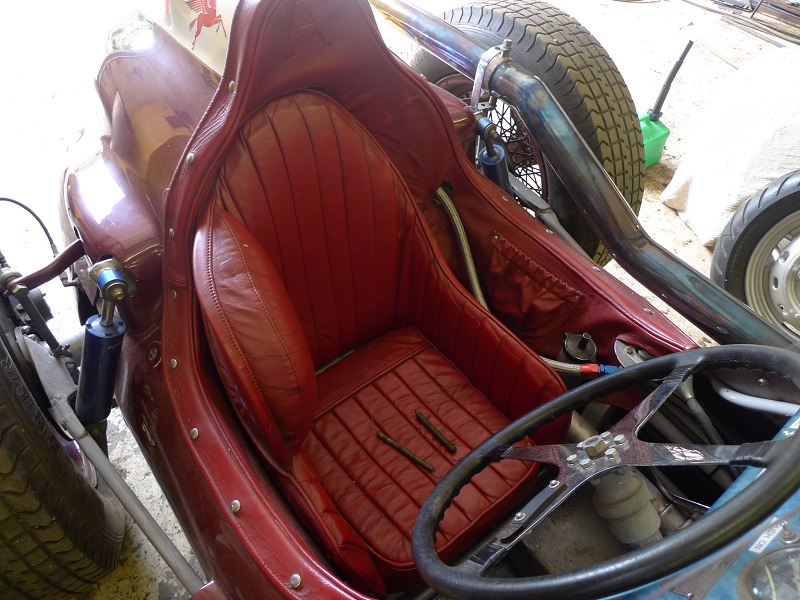 The owner, Dean Butler, regularly asks James Parker (who normally races an ex-Basil Davenport GN) to exercise the car at events such as Chateau Impney.  But it’s not easy to find all the little tools and bits and pieces, even when you think you’ve brought everything to the garage – so we’ll try to give some idea of the trials and tribulations of James and his highly-experienced colleague and mechanic Duncan Round on that lovely summer’s day, that eventually led to the glorious sound of an Offenhauser in full voice.

Things started in the garage, with filling of fluids.  There was some confusion: which of the three enormous containers contained methanol and which water?  Solution: taste each one.  And your correspondent didn’t know before that you must add a special chemical to the methanol to make any flames visible.  Garages have burnt down in the past for lack of this essential precaution, because pure methanol burns with no flame. 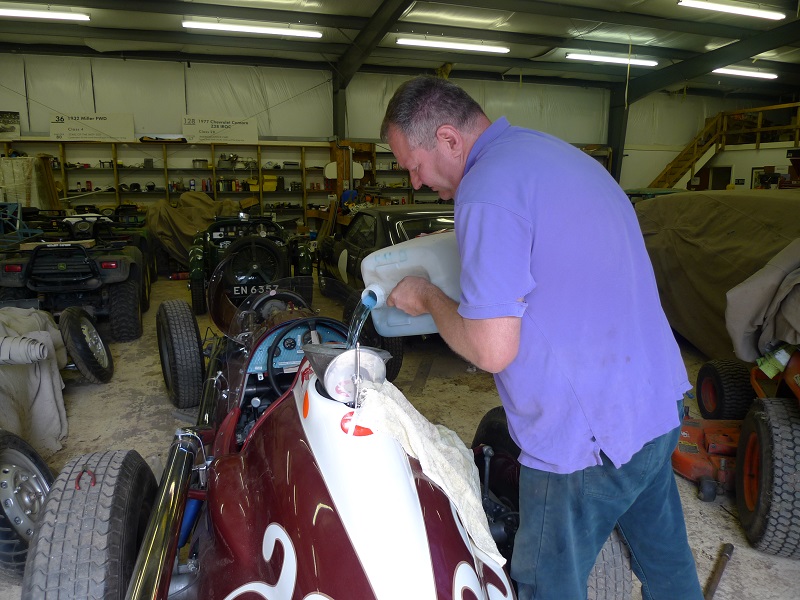 Methanol, water and oil were added and checked, and the car was wheeled out into the sunlight.

The next challenge was to turn the engine over with the racing starter.  One battery had gone closed circuit, so 36 Volts had to be reduced to 24, with some doubt that this would be enough.  Then a nasty rattle from the engine showed that the starting dog wouldn’t engage.  That was expertly fixed by copious quantities of WD-40.  Pausing to check that the ignition was off, the starter turned the engine over to check for oil pressure – and a wonderfully powerful woofling sound came from the exhausts: healthy compression, and oil pressure showing.

Turning over the engine 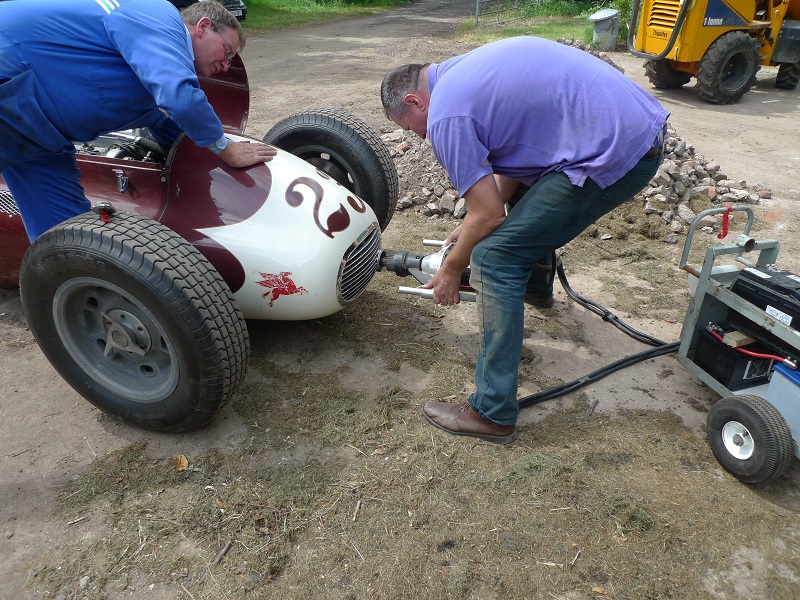 Then a search was made for a small battery to run the fuel pump.  That found, and with the ignition finally on, there were a few tense moments of firing on one or two cylinders. 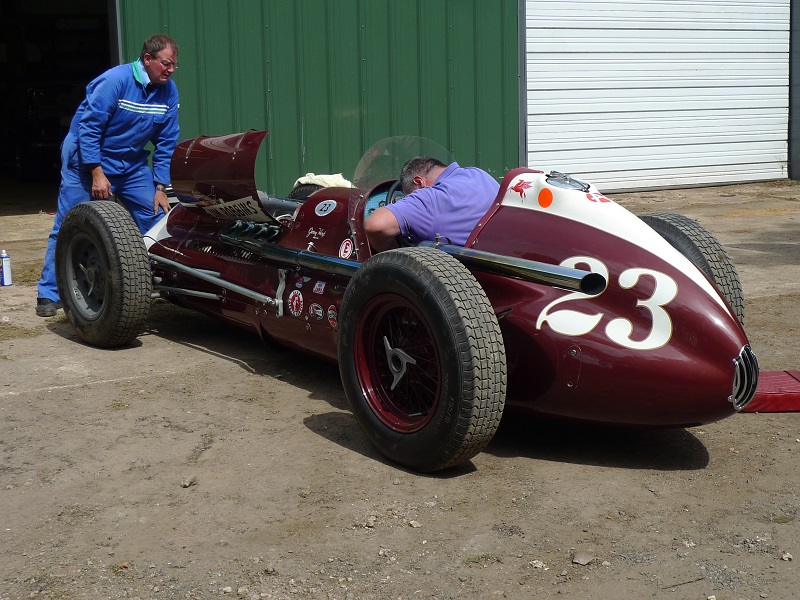 Then the engine came to life.  Would that we could play you a recording of the sound of a full-race Offenhauser – simply breathtaking! 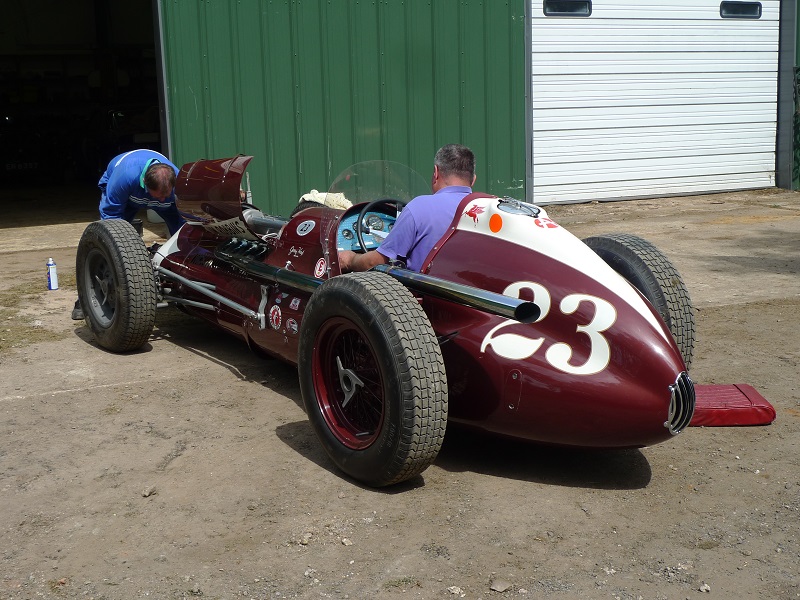 Sadly, we didn’t see the car go up the hill on the following Saturday and Sunday, but the Chateau Impney website shows commendable results for the car’s practice and competitive sorties.  And a bit more digging revealed a fascinating interview with James Parker after one of his runs, telling how difficult it is to hillclimb a car with a two-speed gearbox, built to run at maximum speed for 500 miles.  Here it is: