END_OF_DOCUMENT_TOKEN_TO_BE_REPLACED

News from 50 years ago, 1972 – the Beetle overtakes the Tin Lizzie at last 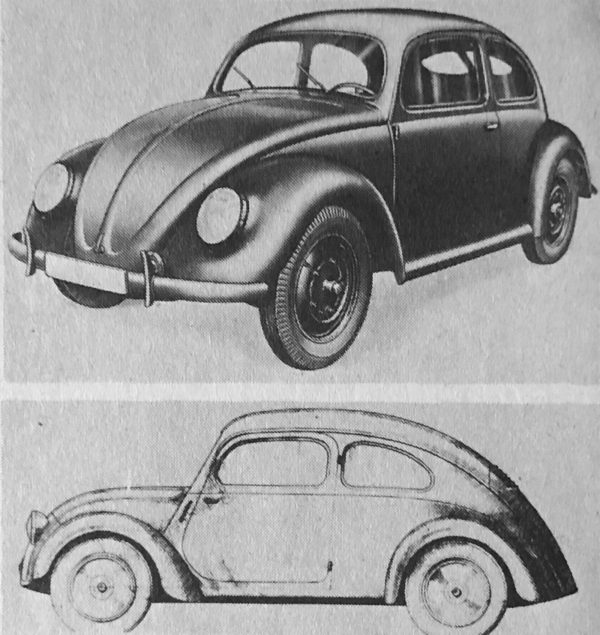 The VW had been designed in 1934 by Ferdinand Porsche, but production was never achieved before World War II. It was not until after the war that a small group of British officers succeeded in getting the factory, severely war-damaged, into production, to make 1,785 cars in that first year. In 1971, VW produced 1,292,000 Beetles in 16 countries.

The Ford Model T changed during its 19 years, but not much. VW, however, stated that 5,150 parts had been modified and improved since 1945. Both cars owed their success to their common virtues of simplicity and reliability.

Our headline image from Autocar shows an original design study by Dr. Porsche, dated 1934, and above it an image of an early pre-war Volkswagen.