END_OF_DOCUMENT_TOKEN_TO_BE_REPLACED

Isuzu and Hillman – a little-known story? 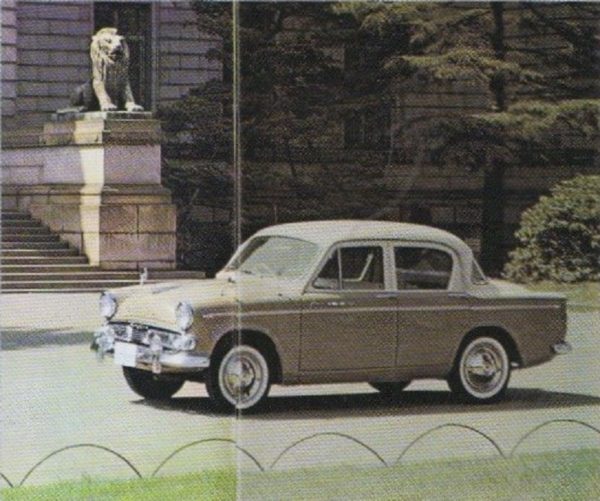 We have just found some information about Isuzu and its connection with Hillman in the years between 1953 and 1964, with some delightful pictures that are clearly from a contemporary brochure.  They are the sort of lifestyle images that we would expect to find in the West, but with a charmingly different feel to them.  The final picture is of a completely different beast made by Isuzu after the cooperation with Rootes had ended.

Isuzu started in 1893 as the Tokyo Ishikawajima Shipbuilding & Engineering Co., Ltd.  In 1918, the company signed an agreement with Wolseley in England to manufacture their A9 model in Japan.  The company changed its name to Isuzu (after the river of that name) in 1949.  When translated into English Isuzu means “fifty bells” – hence the model names used in the post-war period: Bellel and Bellett.

After World War 2, Rootes became one of several Western car companies interested in selling vehicles in Japan.  But the Japanese Ministry of International Trade and Industry (MITI) issued strict policy guidelines that resulted in Isuzu gaining sole rights to import all types of Rootes vehicles and the right to build Hillman Minx cars and Commer delivery vans.  MITI insisted on a rapid move from the initial CKD production to 100% local content.

The first Isuzu-built Hillman Minx (built from CKD imported parts) was completed in October 1953.  Named in Japan the PH10 model, this was a normal Mk VI Hillman Minx.  As Hillman updated their models, so did Isuzu.  The early brochures were even Japanese language versions of English ones with illustrations of western people (very different from the later pictures that we see in this post).

The percentage of locally produced parts steadily increased, until in October 1957 the first completely Japanese-built Hillman rolled off the production line.  The header image and these two images below are all from 1962. 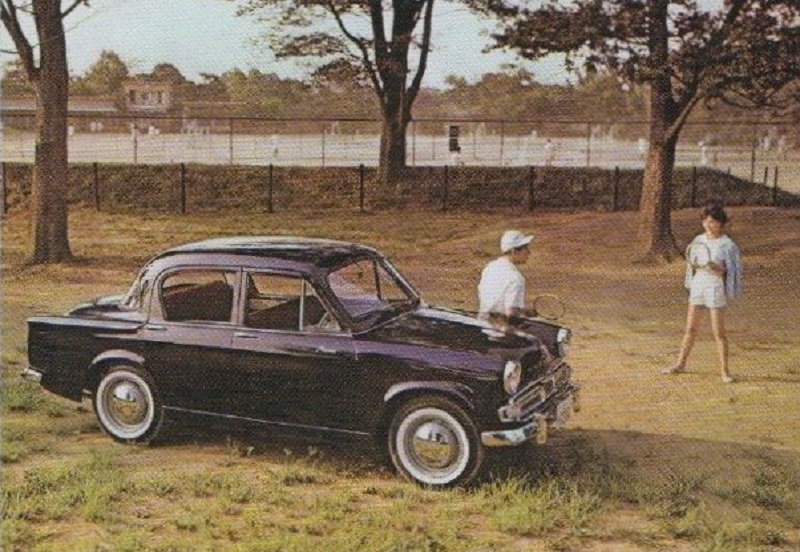 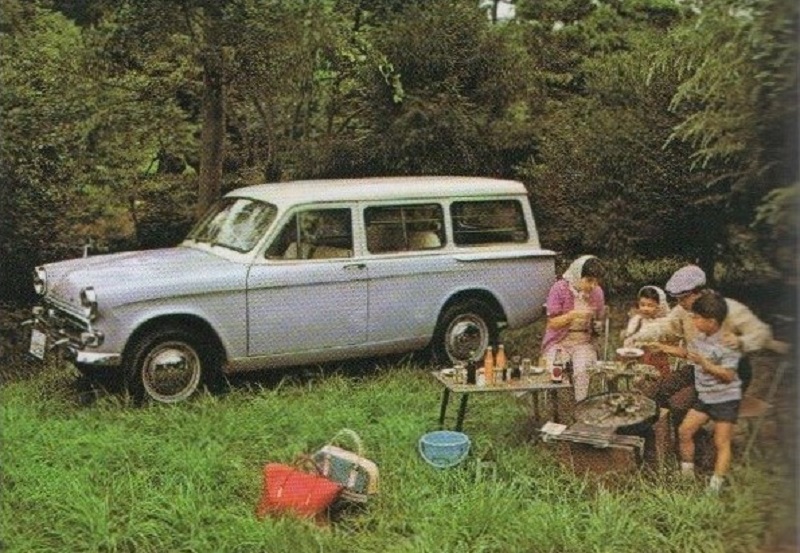 And here is another stylish picture of an idyllic sylvan setting for two young people seduced by the attractions of the Hillman.  It dates from 1963, close to the end of Isuzu’s Hillman Minx production. 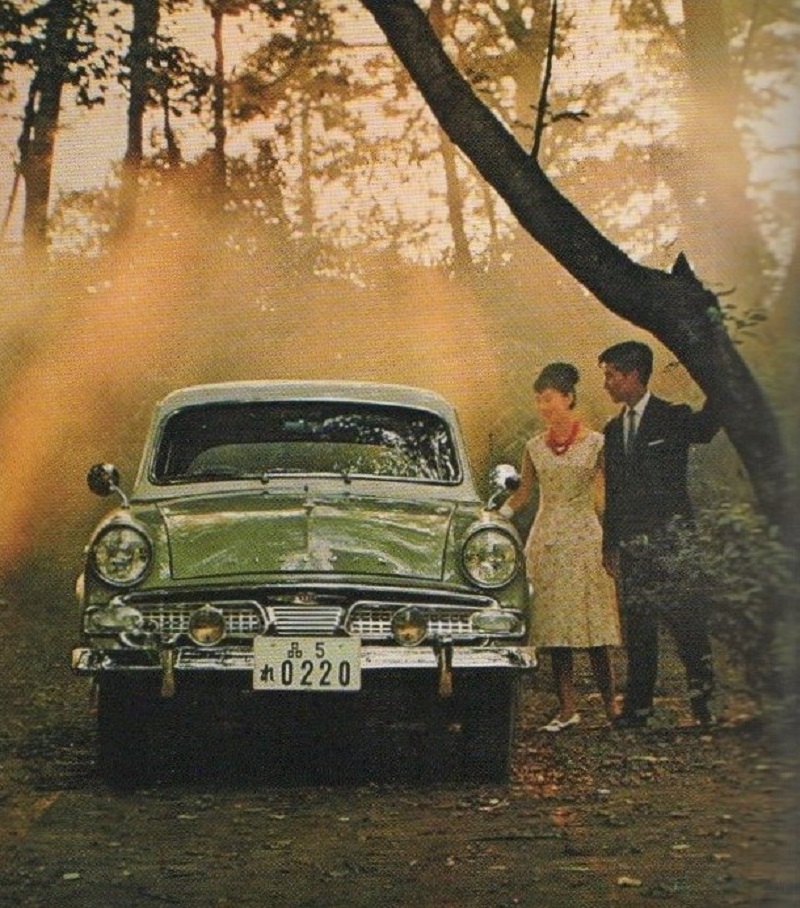 Isuzu phased out the Hillman Minx in June 1964, at which time 57,729 Isuzu Hillmans had been made.

Rootes tried in 1962 and 1963 to extend Isuzu production of Hillman cars – but Isuzu had already commenced production of their own models.  The first was the Bellel, introduced in April 1961.  It was a conventional 4-door saloon, a size above the Minx and with a styling more like contemporary Farina designs (such as the Fiat 2300) than those of the Minx. It also had a larger engine: 1991 cc against the Minx’s 1494 cc – although it appears that a smaller 1500 cc engine was also available.  These two images are of the Bellel. 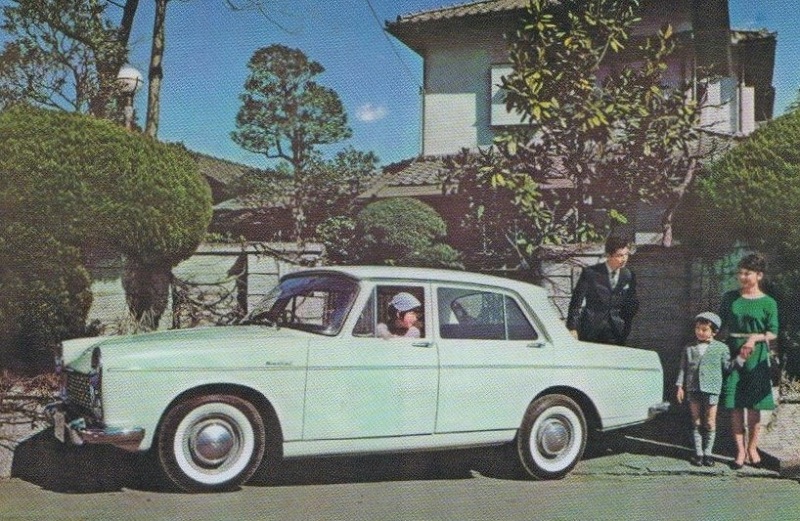 The true replacement for the Minx arrived in June 1963 with the Isuzu Bellett – a saloon even slightly smaller than the Minx and with a 1471 cc petrol or an 1800 cc diesel engine.  Sadly, we have no images of this model, but they do exist online.

Our last picture is from the 1966 Tokyo Motor Show and is the prototype of the 117 Coupé.  Styled by Giorgetto Giugiaro, it went into limited production from 1968 and lasted, with several facelifts, until 1981 when it was replaced by the Piazza – also designed by Giugiaro. 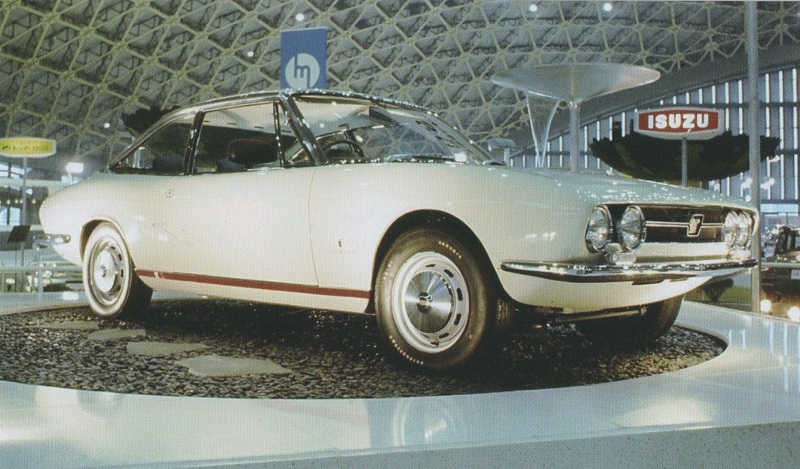