END_OF_DOCUMENT_TOKEN_TO_BE_REPLACED

How I will always remember Sir Stirling…. 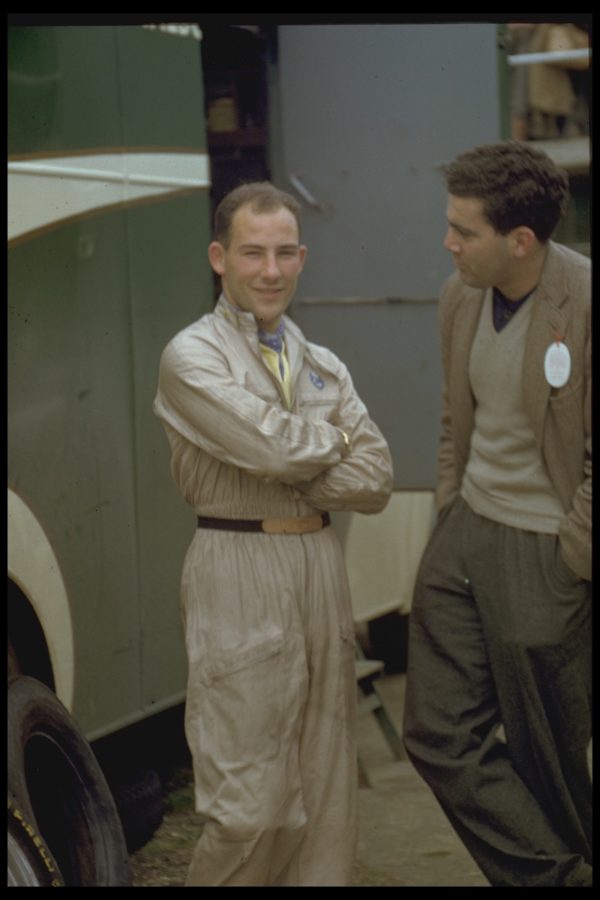 Title picture: Stirling with Bob Said at Silverstone in 1953. From Guy Loveridge’s archive, taken by Lionel Clegg of Mintex.

I first met Sir Stirling Moss, who has died on Easter Sunday aged 90, at the NEC. He was talking to a lady at a Classic Car show and I had a copy of “Private Entrant” – Michael Cooper-Evans’s book about the Rob Walker racing team. It was an MBC edition, so a bit cheap, but all I could afford 27 years ago. I timidly went up to stand by them and Stirling smiled and held out his hand, I passed him the book and he signed it and handed it back. As he resumed his conversation, I shuffled off and was told off by my then girlfriend for being rude. I was not deliberately rude; I was in AWE, too scared to speak.

My Dad was a Mike Hawthorn fan and I was brought up on “Challenge Me the Race” and “Champion Year”, as well as the two Carlotti titles Mike lent his name to. I read and learned all I could about that era and the chaps involved and, for whatever reason, it was appropriate to me to follow on and be a “Mike Man”. As time passed and I made my living in writing, photographing and commentating on historic motor racing, Stirling and I met, we got to know each other and I apologised for the NEC signing; he laughed and told me not to worry about it. From then on I believe we became friends. Victoria, by then my wife, and I lunched with Stirling and Susie at Goodwood Festival of Speed, and were joined by Edward, Lord Montagu. I spent a chilling March Press Day with Susie giggling in the wake of the “revelations” about Max Mosley. Stirling was bright eyed and enthused, and accused me of chatting up “his crumpet” when he saw Susie holding my arm for fear of falling over, such was the laughter. My favourite moment with Stirling has to be at one of those Goodwood Press Days. I had just got Gerry Marshall to sign his book for me and Gerry, Willie Green, Barrie ‘Whizzo’ Williams and I were walking out of Goodwood House – and coming up the stairs were Stirling and Susie. This was at the time Stirling was the very high-profile face of a Viagra marketing campaign. Whizzo pointed at the razor-sharp creases in Stirling’s pale blue race overalls:

“Blimey Stirling, are you on parade somewhere?”

Gerry quipped “Go on Stirling, how much do they pay you for promoting the blue pills then?”

We all resumed our respective journeys and had taken but a couple of steps when Susie piped up:

“The best thing, boys, is that he DOES NOT NEED THEM!!”

Stirling kissed her cheek and gave her a hug, winked at us who were open mouthed, and then they were gone. We looked at each other and burst out laughing. Fair play Sir Stirling, all best wishes to Lady Susie. She has known Stirling all of her life. Rest in Peace. Ciao and adieu. 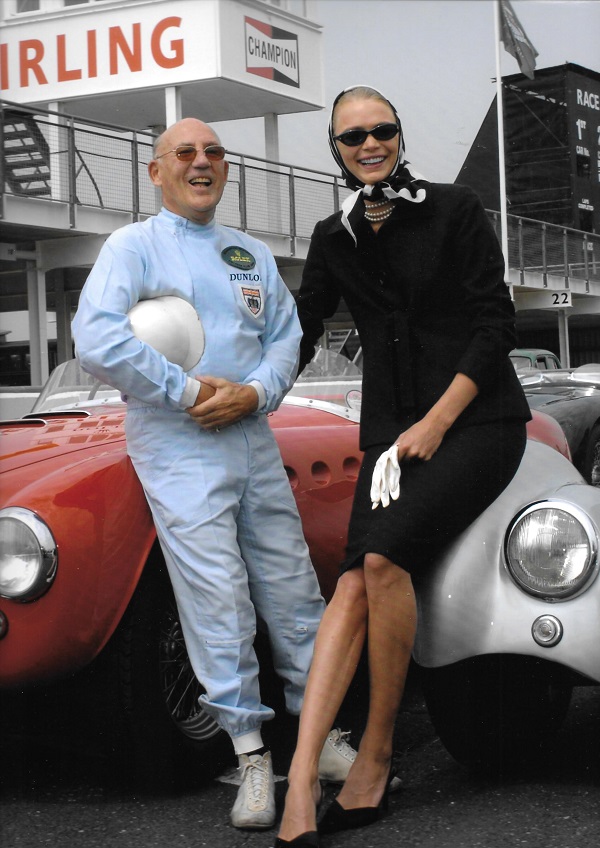 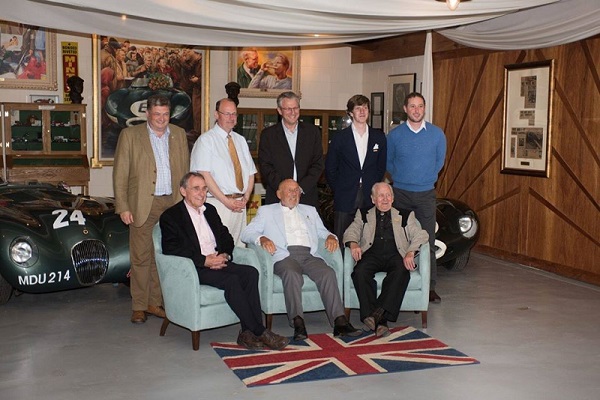 An “after the shoot” pic of the cast and guests from a private film that Guy produced for Mintex – “History in the Braking” – the last time Guy spent a day with Norman Dewis and Sir Stirling.