END_OF_DOCUMENT_TOKEN_TO_BE_REPLACED

History in the making? The first fleet of hydrogen taxis in Paris 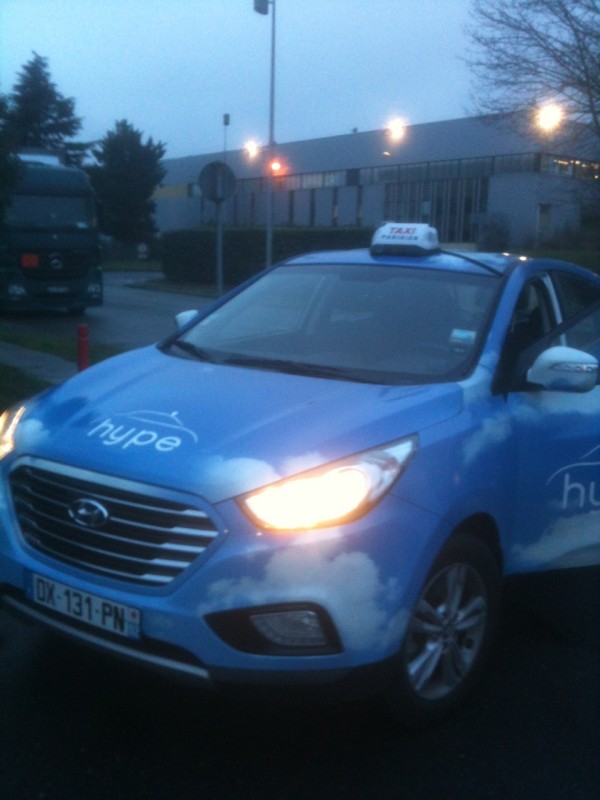 On a dark and rainy morning early in March, on the outskirts of Paris, your webmaster hailed a taxi. Nothing unusual in that – except for two very unusual things: the complete silence of the taxi’s departure; and the proud announcement: “You are travelling in a taxi powered by hydrogen.”

This vehicle belongs to the first fleet of taxis in Paris to be powered by hydrogen fuel cells. A hydrogen tank just behind the rear seat provides the fuel.  For acceleration, a conventional battery supplements the power from the fuel cell, and is recharged by regenerative braking.  Range is an impressive 500 kilometres, enough for two days’ work in central Paris.

Is this the future? It may well be. The reaction of conventional taxi drivers in the days that followed was a mixture of fascination, outright dismissal and barely-concealed fear.

History in the making, perhaps?