END_OF_DOCUMENT_TOKEN_TO_BE_REPLACED

HELP WANTED – DURANT IN THE UK 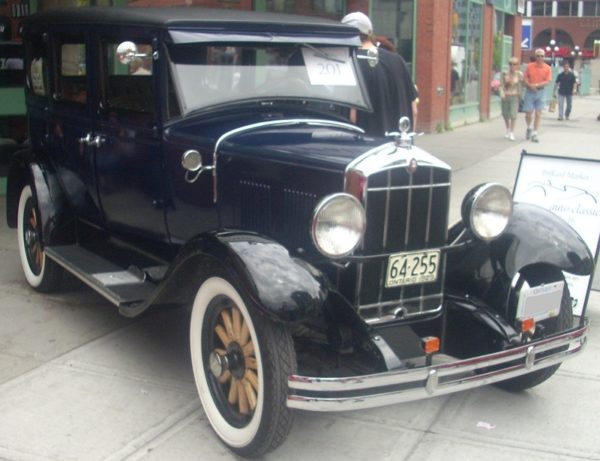 SAHB member James Loveridge is looking for information from all you knowledgeable people out there.

“Can anyone give information about the American make Durant’s Manufacture/Assembly in the UK?

They were sold in the UK in the 1920s as evidenced by adverts of the time in the motoring press. One such in 1922 speaks of British-built bodies.

Nowhere can I find any further information about their presence in Britain.  Georgano makes no mention of them being over here.

However, in a recently acquired book “The Slough Estates Railway” by John Isherwood, there is a page of three photographs which talk about storage for sale, an assembly line and a showroom. There is also a site plan showing Durant Motors occupying part of a building, the rest of which was occupied by Slough Lorries and Components.

As is well known, Slough Estates has a long association with the motor business, its origin being a WW1 depot for repairs of military motor vehicles.  Over time it became home to the Pytchley Autocar Company, FWD Lorries, Citroën and Peerless and now the UK headquarters of Fiat and Abarth which, if not actually on the Estate, are pretty darn close!”

Can anybody help James?  If so, please contact us through the “Leave a Comment” facility below – and we’ll put you in touch with James.

Image of a Durant (just to show what one looks like) by Bull-Doser – Own work., Public Domain, https://commons.wikimedia.org/w/index.php?curid=7766124

One response to “HELP WANTED – DURANT IN THE UK”