END_OF_DOCUMENT_TOKEN_TO_BE_REPLACED

Hans Landstad and the Hafner family 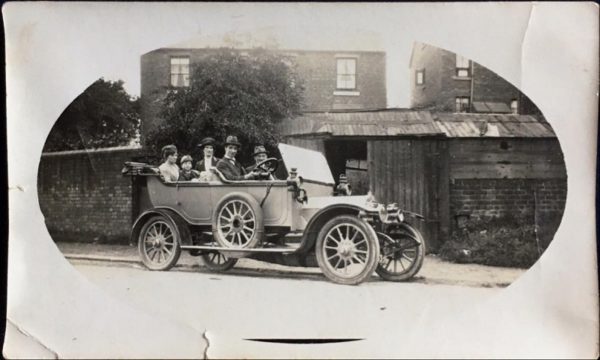 Phillip Hafner contacted us and asked whether we could identify some cars in pictures from his family album. He also told us of his family’s connection with a famous motor engineer: Phillip’s father’s niece, Hilda Phyllis, was married to Hans Landstad, a Norwegian who rose to be a director of Morris Motors until his retirement in 1947. Phillip sent us some pictures that could have been of Landstad when young, but could not be sure. We are now fairly certain that this is the man… 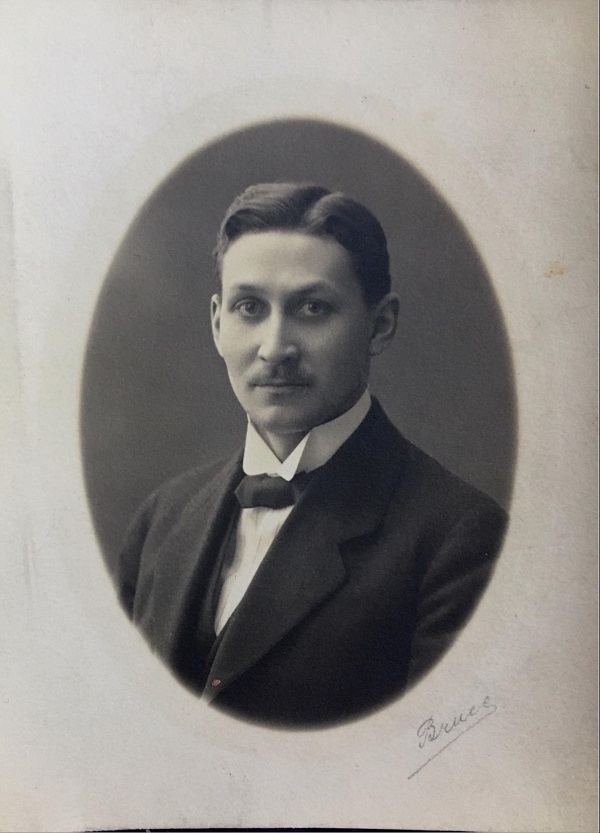 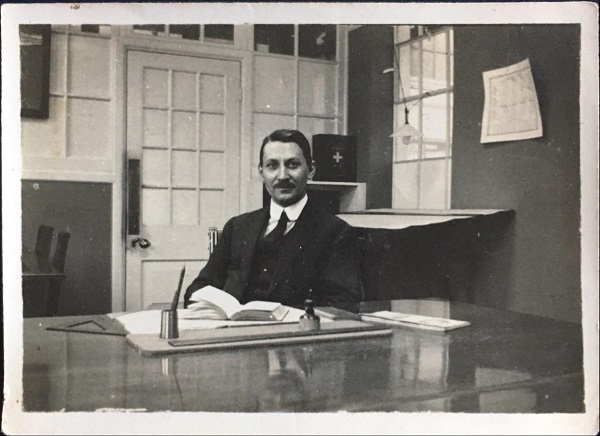 Two pictures of the young Hans Landstad, possibly around 1910-1915, when he would have been 30 to 35 years old. The collar style fits the period.

The entry for Hans Landstad in Grace’s Guide is proof of his importance in the world of engineering and motor manufacture – and we repeat it here [with our own additional information in editorial brackets]:

Now to the pictures of cars. We were able to identify all those from the 1920s – and Ariejan Bos (who else?) kindly identified the 1911 car.

The oldest picture definitely shows Hilda Phyllis Landstad in the rear seat. The driver is almost certainly Hans Landstad (although without a moustache). The car is a 1911 Star. 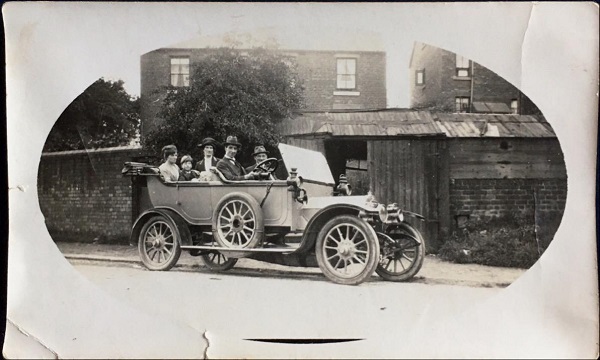 Hans Landstad at the wheel of a 1911 Star. His wife Hilda Phyllis is sitting behind him.

The car is definitely a 1911 Star, but I was a bit confused by the wheels and besides the image was rather blurred. Possibly the star on the radiator can be seen on the original photograph. A typical Star feature is the triangular steering column cover at the rear of bonnet side. I don’t know exactly the reason for it: either the steering column is placed rather far to the right-hand side or the bonnet is too narrow. Or of course because of another technical reason. I said I was confused about the wheels, because the wheel bolts have a rather conspicuous pattern, which I finally also found on the 1911/1912 Brooklands racer (though in this case the wheels are covered with discs). It must a special type of wheel, because normal Stars do not have this bolt pattern. Attached also a 1911 Star ad, showing that the body was standard. 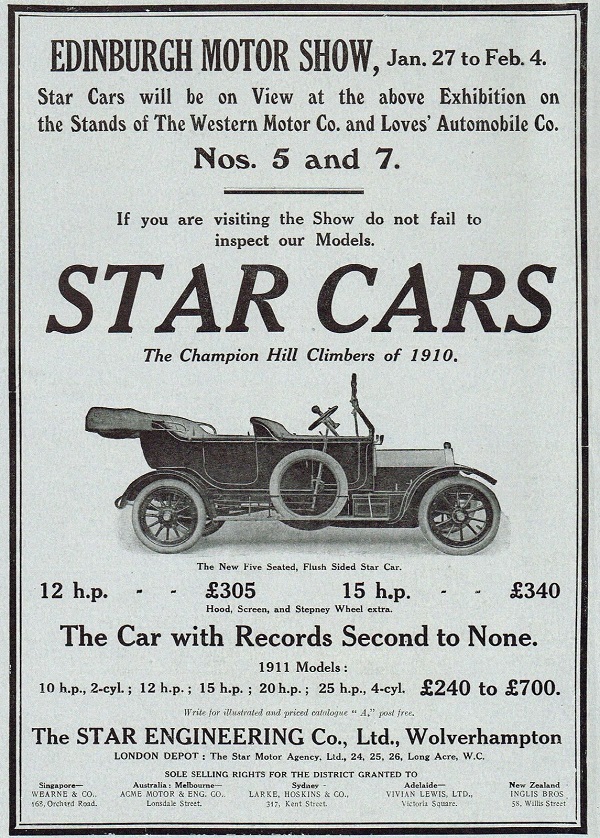 A 1911 advertisement for a Star, showing the same body.

We wonder whether Landstad was working with Star on experimental wheels; he would have been Chief Draughtsman with White and Poppe around this time.

The next three pictures are from the early 1920s. The car, MK 9971, belonged to Phillip’s grandfather (an engineer at Electrolux). It is a ca. 1924 Essex Six Coach 2-door saloon. The Essex was a marque built by the American Hudson company and designed as a moderately priced car, affordable to the average family. Phillip tells us:

“Somehow it seems logical that my Grandfather would have had an American car as he spent a lot of time in New York learning modern assembly line techniques at Electrolux. With that knowledge he helped set up a new factory in Luton, England.”

MK 9971 was built in Hudson’s factory in Chiswick with a British body and British features such as right-hand drive and British-style sidelights.  Most American-built Essex cars had painted radiators, and it appears that the British ones had nickel-plated ones to cater to British tastes. One of the boys sitting on the running board in the first Essex picture is Phillip’s Uncle Bob, who certainly loved cars; as a child, Phillip was impressed by Bob’s Jensen Interceptor. The other car in one of the pictures is a 10/26 Singer, launched in 1924 or 1925. All these pictures are of the Hafner family, possibly with another family who arrived in the Singer.

The ca. 1924 Essex Six Coach 2-door. Phillip’s uncle is one of the boys sitting on the running board.

Another view of the Essex.

The Hafner family and another unknown family, with the Essex and the 10/26 Singer.

Two advertisements from The Motorist, a magazine focussing mainly on motoring in the north of England, show the Essex Six Coach with its right-hand-drive and British sidelights, and vaunt its 6-cylinder specification.

Two advertisements for the Chiswick-built Essex Six 2-door Coach, from The Motorist magazine. The first is from the September 1925 issue, the second from March 1926.

Finally, Phillip sent us another picture from his family album, showing a car that we were able to identify. It is a 1927-1929 Essex Super Six saloon, also built at the Chiswick factory. In 1930 Essex front doors changed from ‘suicide’ to front hinging, so this car cannot be later than 1929. The curved radiator that arrived in 1926 can be seen clearly, along with the Essex radiator mascot used on cars around this date. The picture is also fascinating for its location: Phillip’s grandfather had a friend working on the R101 at Cardington in Bedfordshire. The picture must date from before 5 October 1930, because the airship crashed on that day in France during its maiden overseas voyage. 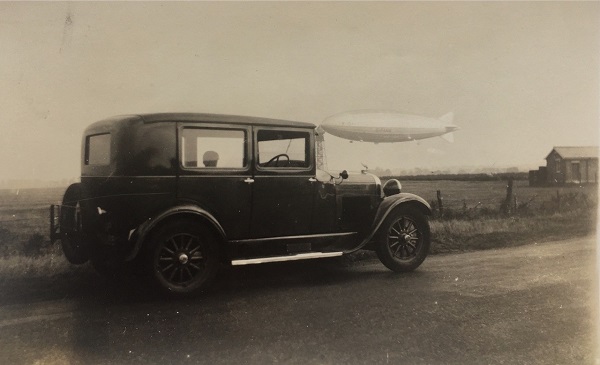 Phillip was searching for a picture of Hans Landstad in his later years and we found one, credited to the BMIHT. It was probably taken close to Landstad’s retirement in 1947 at the age of 67. 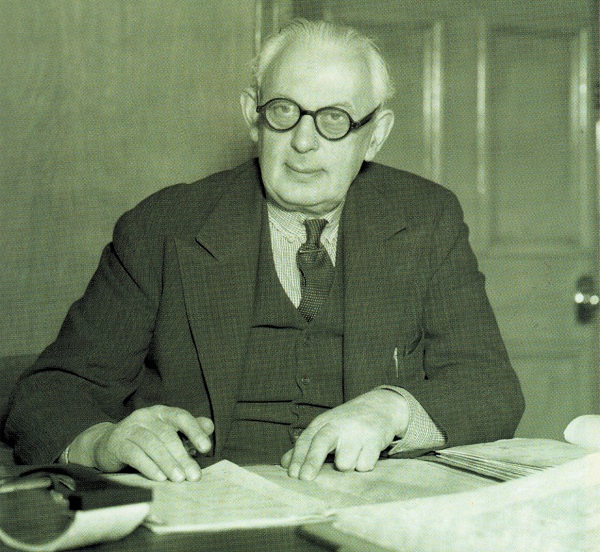 We are most grateful to Phillip Hafner for allowing us to publish all this information and wonderful pictures. We hope you have enjoyed the story as much as we have.