END_OF_DOCUMENT_TOKEN_TO_BE_REPLACED

Can you identify this car? 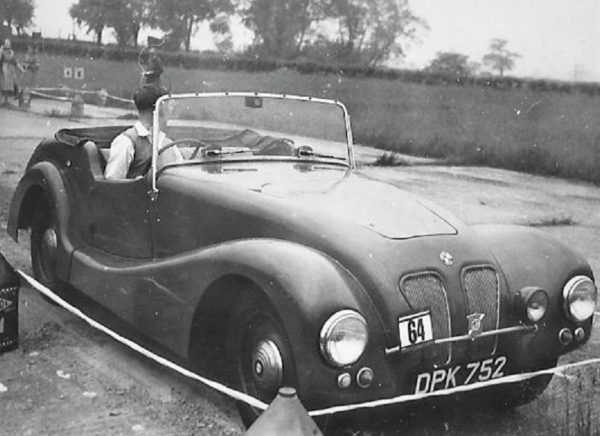 John French has sent us this photograph that he took around 1953 to 1957 at a driving test on ex-RAF land at Manchester’s Ringway Airport, well before it became Manchester International Airport.

This car was competing in an event in which John Wallwork entered in the TR2 in which he won the RAC Rally; Ian Appleyard, another very successful driver, also entered in the Jaguar XK120 RUB 120.

Can you help us to identify the car? The logo on the front of the car looks like Frazer Nash BMW, but the body is very unusual.

From the internet, we have found that the same registration, DPK 752, was on a pre-war entry at Prescott, with the information: DPK 752, 1937 Frazer Nash-BMW 328 Replica.

If you can solve the mystery, we should be very grateful if you could respond by using the ‘Leave a Comment’ facility at the bottom of this post.

One response to “Can you identify this car?”