END_OF_DOCUMENT_TOKEN_TO_BE_REPLACED

A visit to the Real Car Company 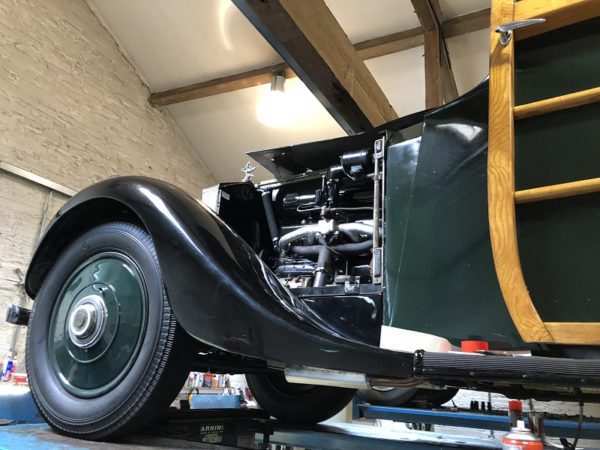 Having met the good folk of The Real Car Company at their stand at the RREC Annual Rally at Burghley House (see our news item a few articles below in this News section) we didn’t expect to see them again for a while, but…

On holiday in Anglesey in August, we were looking for a bookshop on the mainland near Bangor and got lost.  Turning to the nearest premises for help, we found… the Real Car Company, in the village of Bethesda.

We were warmly welcomed by Ian, Ray and Sue, and were let loose (with some careful warnings about health and safety in the workshop) to tour the premises.

The Real Car Company deals mainly in Rolls-Royce and Bentley cars – with a smattering of other makes of quality from time to time.  The cars are all prepared to an excellent standard.  We hope you enjoy the pictures that we took on the day. 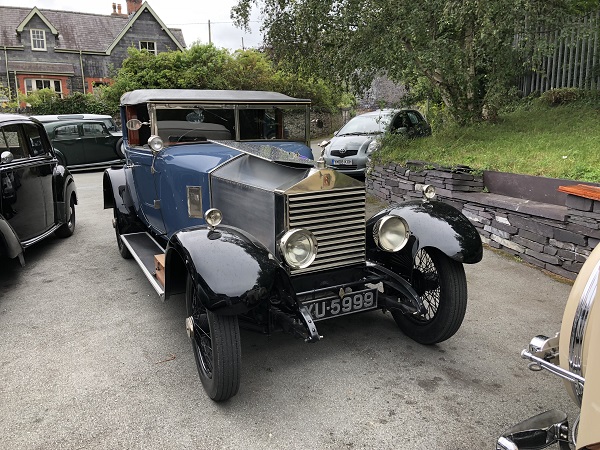 Chassis No. GMK76 and in excellent condition throughout. 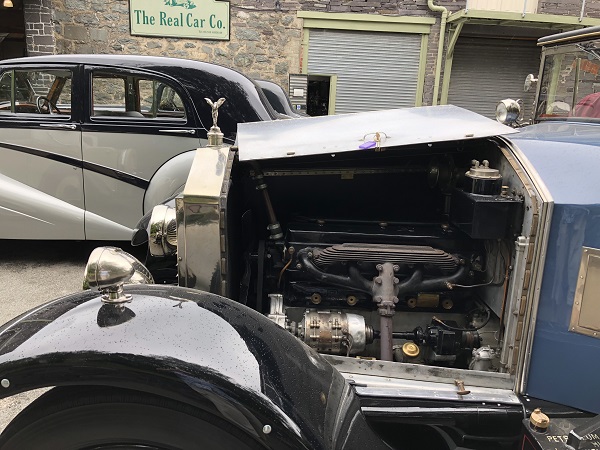 The engine of the 20 h.p. – just before rain caused closure of the bonnet 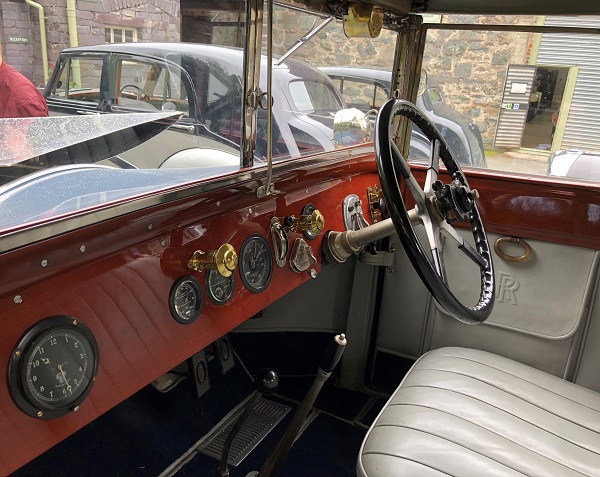 The beautiful dashboard and interior 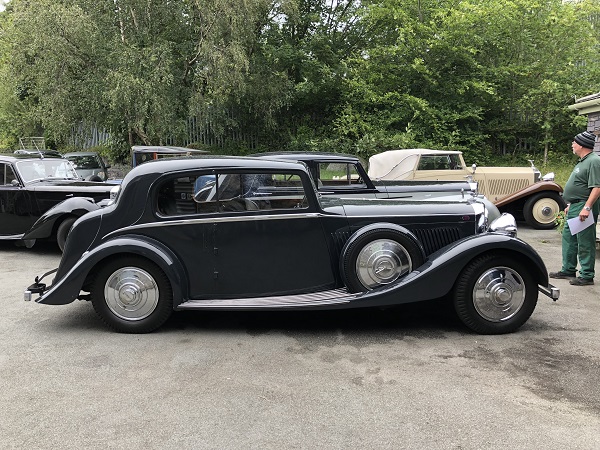 Chassis No. B90JD.  With its two-door layout and twin side-mounted spare wheels and polished wheel discs thais Derby Bentley cuts a particular dash.  In the same family since 1960. 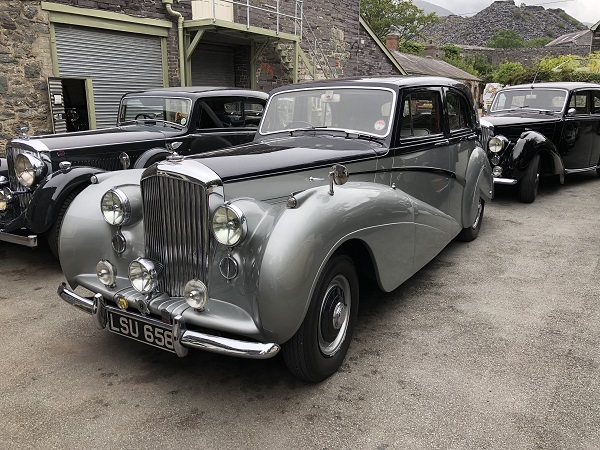 Chassis No. B40MD.  In superb condition after major restoration work.  It won an award at the Monte Carlo Rally in period. 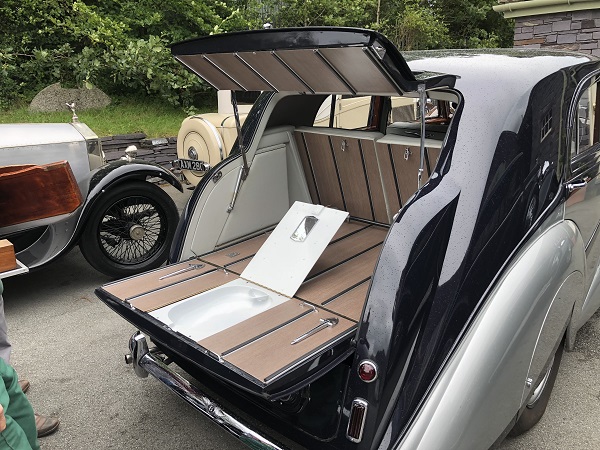 Typical of Radford creations, the boot has all sorts of clever openings to make a day at the races go swimmingly. 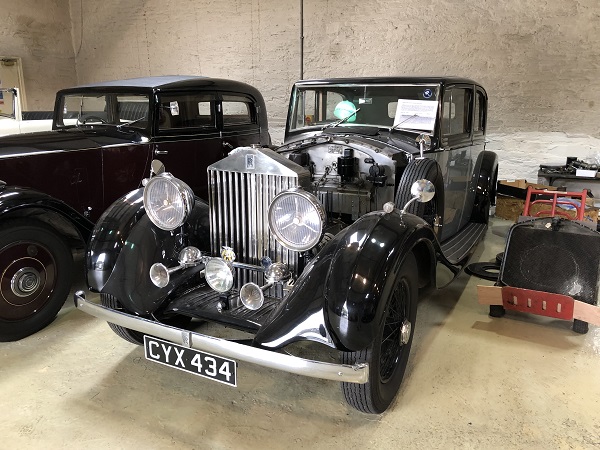 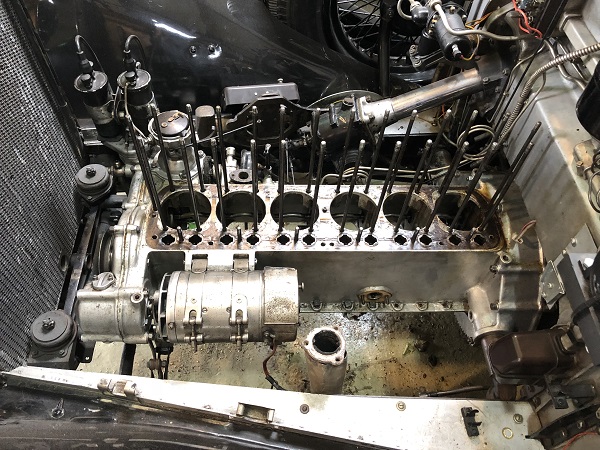 The engine under overhaul 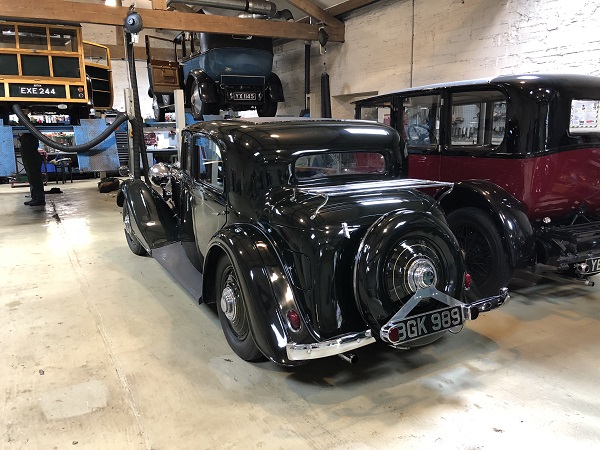 The workshop, with 1934 Bentley 3½-litre Thrupp & Maberly Sports Saloon in the foreground

You can always tell a proper company by the way it runs its workshop – and this was beautifully clean and well organised.  The Bentley is a very smart example. 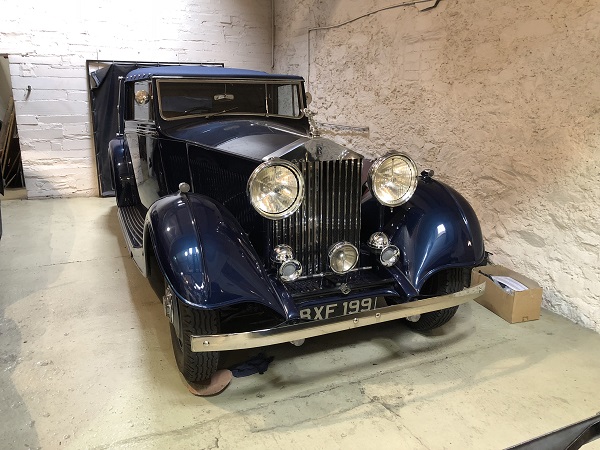 Chassis No. GAF81.  This is a handsome and rare coupé, with louvred bonnet and scuttle, ‘trouser crease’ wings (just exactly how a gentleman would describe them), and impressive lamps and horns up front. 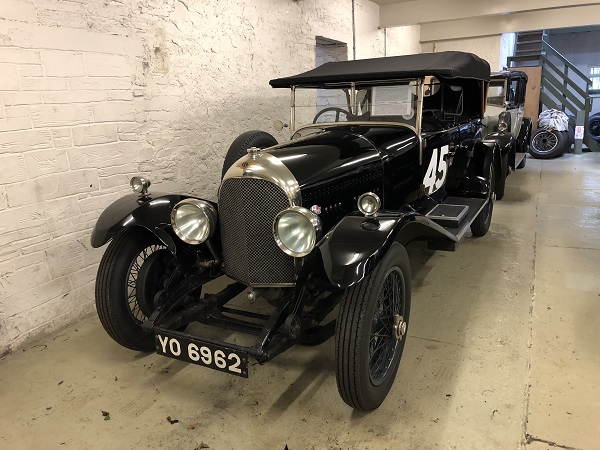 Chassis No. PH1465.  A rare example of a Cricklewood Bentley with its original body.  The painted number does not lie: this car has been campaigned successfully on many events, including the Peking-Paris and Vancouver to Anchorage (and back). 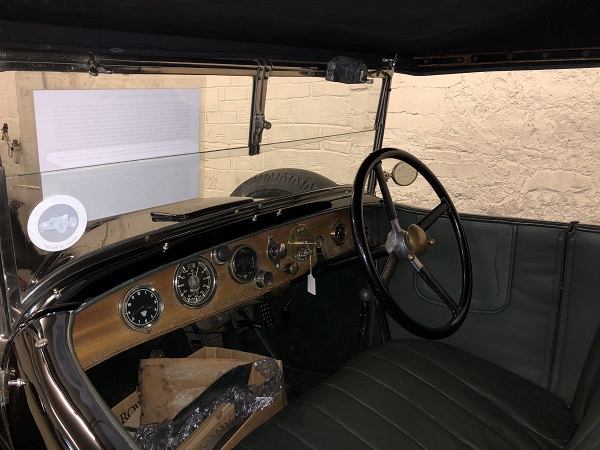 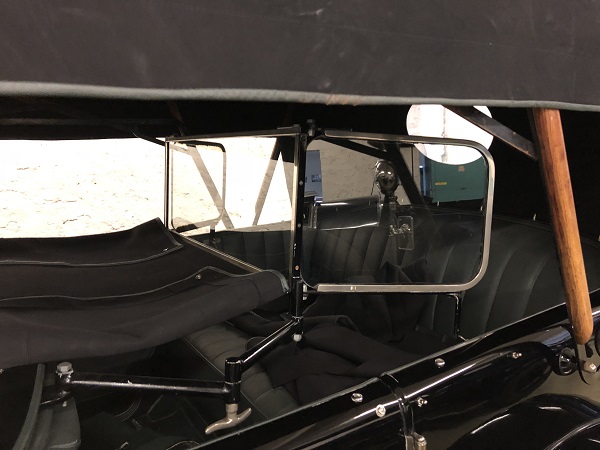 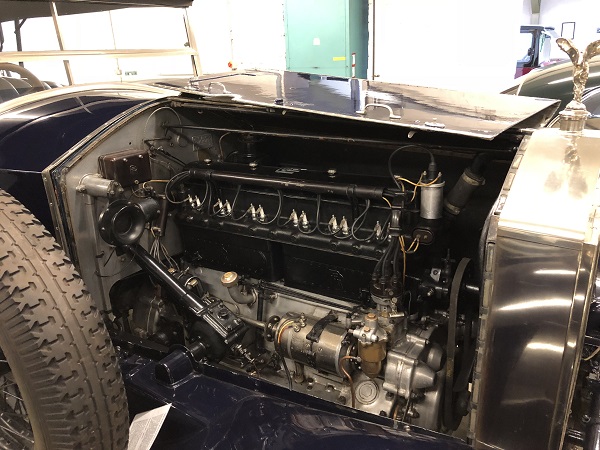 Chassis No. 80YC.  Tucked away, so difficult to get a view of the whole car – but the engine is very smart. 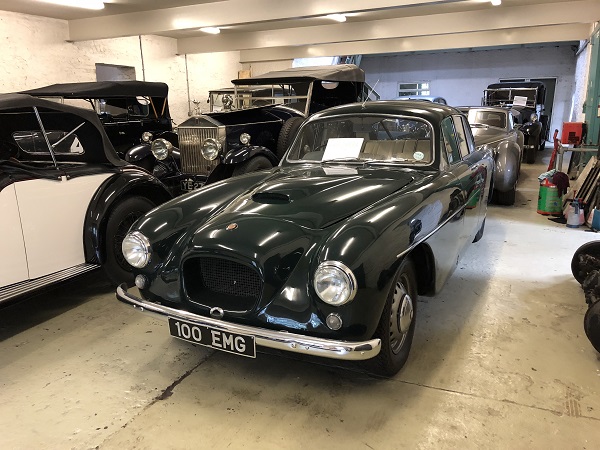 Chassis No. 405/4019.  A lovely example of a rare car.  Only 265 were built of this model, the only four-door Bristol.  Restored by Bristol Motors themselves.  If you want to be different in an elegant and understated way, you need one of these.  The Phantom I can just be seen in the background. 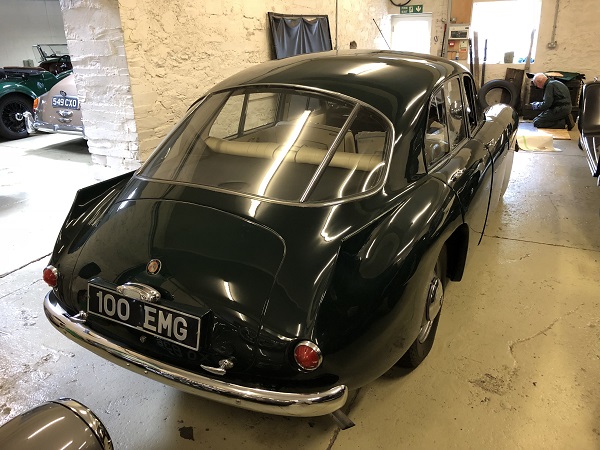 A rear view of the Bristol, with its three-piece window. 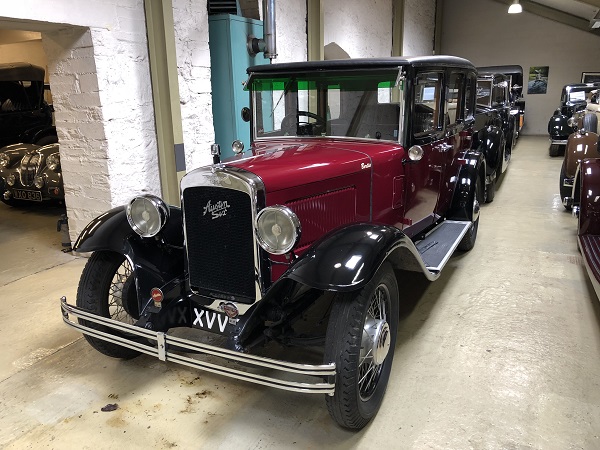 Chassis No. 28624/6.  This is a finely restored car that was delivered new to New Zealand.  The external sun visor, twin-blade bumpers and scuttle-mounted sidelights are all appealing details. 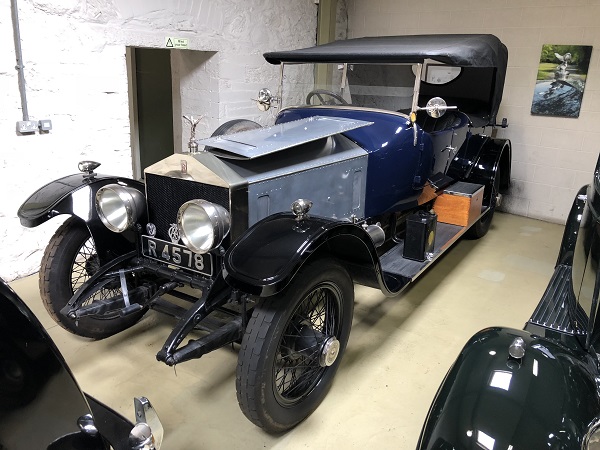 Chassis No. 75CW.  This exceptional example was tastefully re-bodied in the 1990s.  It has a distinguished yet light look to it, enhanced by its colour scheme of deep blue with black wings. 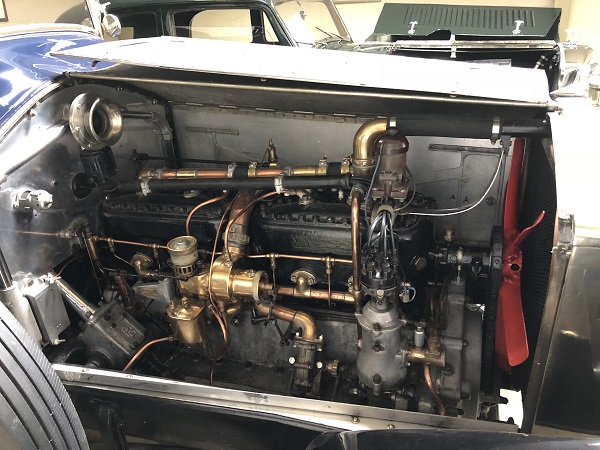 The engine of the Silver Ghost 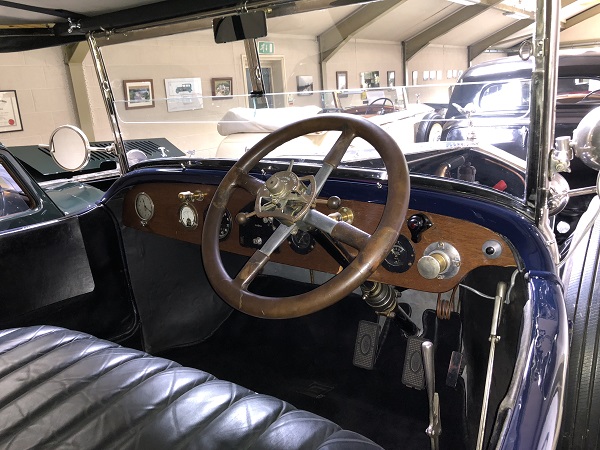 A substantial but simple cockpit 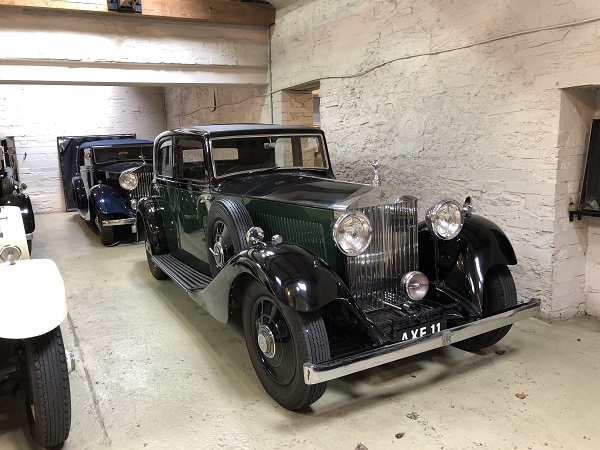 Chassis No. GBA29.  This small-horsepower Rolls-Royce has the look of the much larger Phantom II Continental.  This gives it a light and sporty look.  This one has its running log dating from 1946 to 2017 – an extra delight. 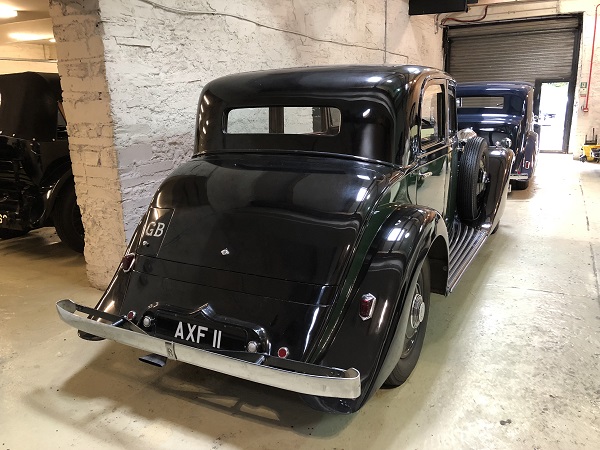 The stylish rear coachwork of the 20/25

It has been quite a few months since these pictures were taken – and such is the turnover of this excellent company we can imagine that many of these cars have moved on to happy new owners.  But we are sure that there are more mouth-watering treats in store at the Real Car Company, to replace them and to tempt new customers.

Our thanks go to Ian, Ray and Sue for letting us go around and take these pictures.