END_OF_DOCUMENT_TOKEN_TO_BE_REPLACED

A TRIO OF TRACTORS 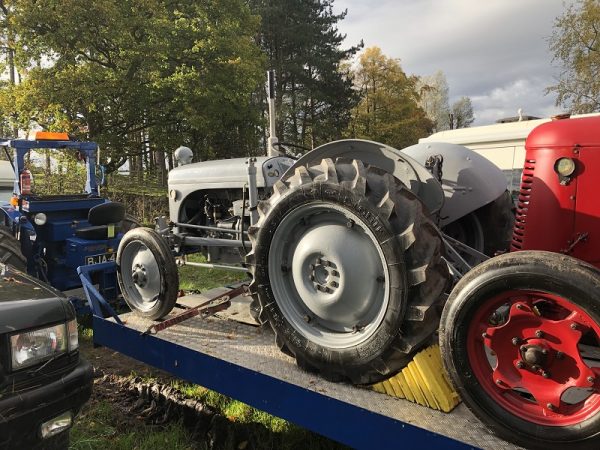 On a recent sunny Sunday in autumn these three tractors were spotted alongside the Macclesfield Canal. The blue one is a Fordson Major Diesel, the grey one a ‘Fergie’ of course, and the red one a David Brown Cropmaster. All three have been beautifully restored. 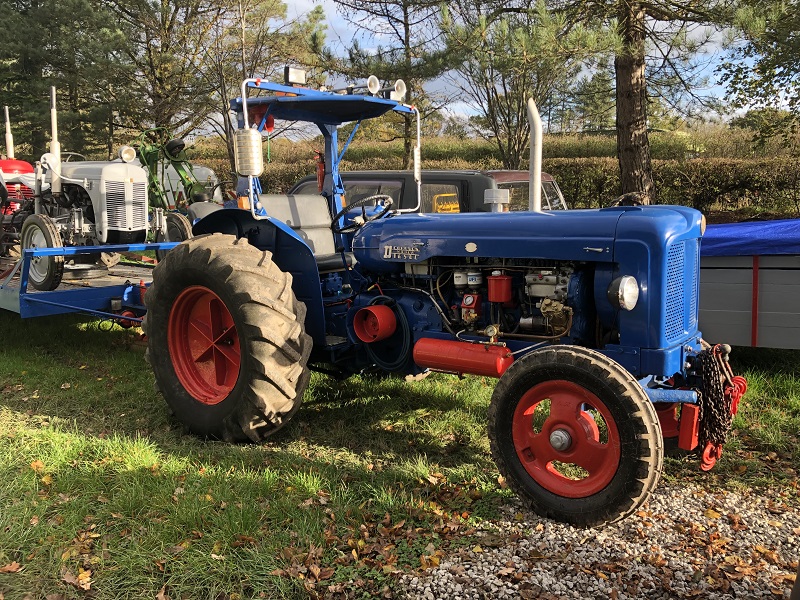 The Fordson Major was introduced in 1951 (71 years ago at the time of writing this post) when the Ford Motor Company fulfilled their dream of putting into production an all-new design of tractor. It would keep the name of the previous model, also the Major, a stop-gap introduced in 1945 to replace the Fordson Model N. Although the 1945 Major was a great improvement with an all-new backend and a much more advanced transmission, it retained what was to be its Achilles heel: its old petrol engine. A Perkins diesel engine was available from 1948 as a factory-fitted option, if the farmer could afford it.

By the dawn of the 1950s, agriculture was returning to normality and farmers were beginning to re-equip their farms – and to do so with far more mechanisation. By the end of the decade the horse had almost completely disappeared from farms. The 1951 New Major in our pictures, or E1A, was part of that mechanisation; it was available with TVO (Tractor Vaporising Oil), petrol or diesel engines, all based on the same block, and had the three-point linkage and hydraulic system invented by Harry Ferguson, but only as an optional extra; the famous 1946 Ferguson TE-20 was always so equipped.

It might therefore seem that farmers would prefer the Ferguson. However, to do everything with it they would have to buy all the implements to go with it –  an investment bridge too far for many farmers, who therefore often bought the Fergie and just its plough, and bought the Fordson E1A to do all the rest of the work on the farm.

By 1953 the diesel version of the Fordson New Major became by far the most popular of the three versions and in this year the name Diesel Major was born, with a special badge on each bonnet side. Sales grew and in June 1955 the 100,000th Fordson Diesel Major rolled off the Dagenham production line. In November 1958, the Diesel Major was replaced by the Mark III Major, otherwise known as and badged as the Power Major. So the tractor in our pictures must date from between 1951 and 1958. 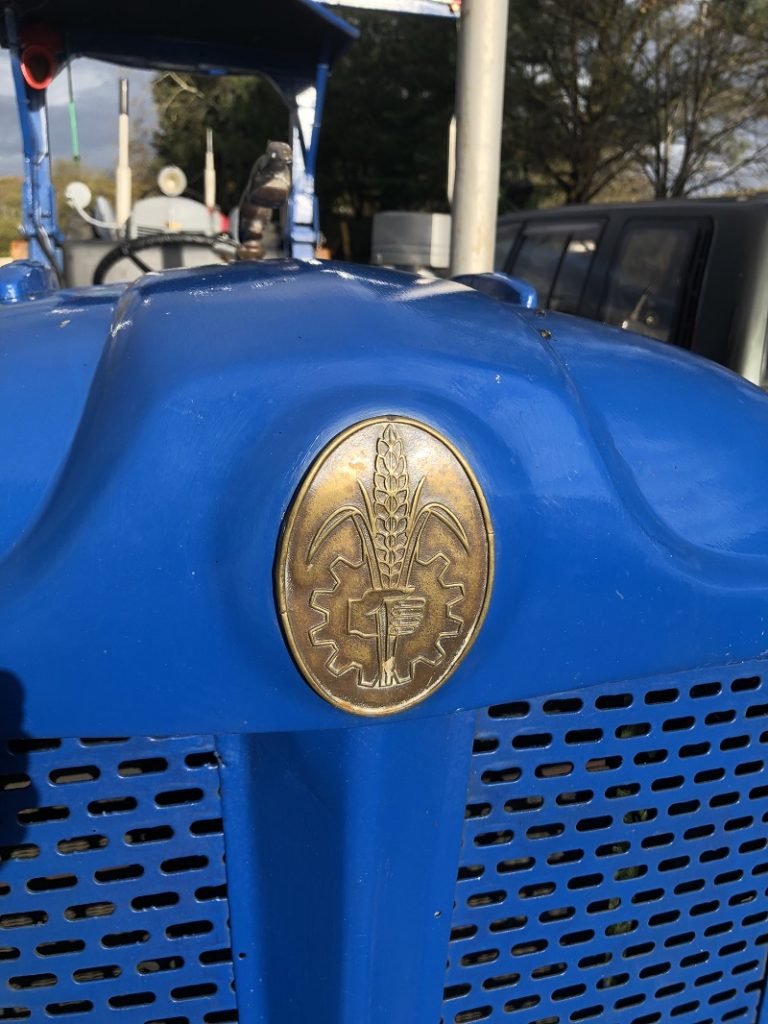 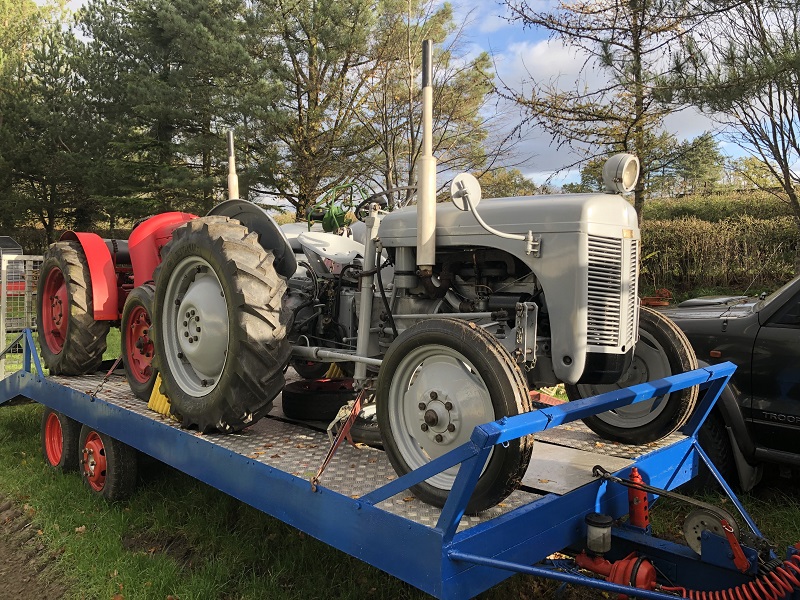 The Ferguson TE-20 was manufactured from 1946 until 1956, and was commonly known as the Little Grey Fergie. It marked a major advance in tractor design, distinguished by light weight, small size, manoeuvrability and versatility. The TE-20 was fitted with Harry Ferguson’s invention of the hydraulic three-point hitch system, which rapidly became an international standard for tractors of all makes and sizes that has remained to this day. In many parts of the world the TE-20 was the first tractor to be affordable to the average farmer and was small and light enough to replace the horse and manual labour for many farm tasks. The model name came from Tractor, England 20 horsepower (the 20 being taxable, not brake, horsepower).

The Ferguson system took 30 years to develop, and Harry Ferguson gained a patent in 1925. The first production Ferguson tractors of any kind (but predating the TE-20) were built in 1936 in Huddersfield by the David Brown Company (coincidentally the builders of our third, red,  example). By 1945, Ferguson had made a manufacturing agreement with the Standard Motor Company in Coventry to produce a Ferguson tractor incorporating all their latest improvements and to be known as the TE-20. The deal was not only valuable to Ferguson but also of great benefit to Standard, because they could make use of their huge shadow factory which had built aero engines during World War II but was by then standing empty. Standard designed a new engine for the tractor and for their own road cars. 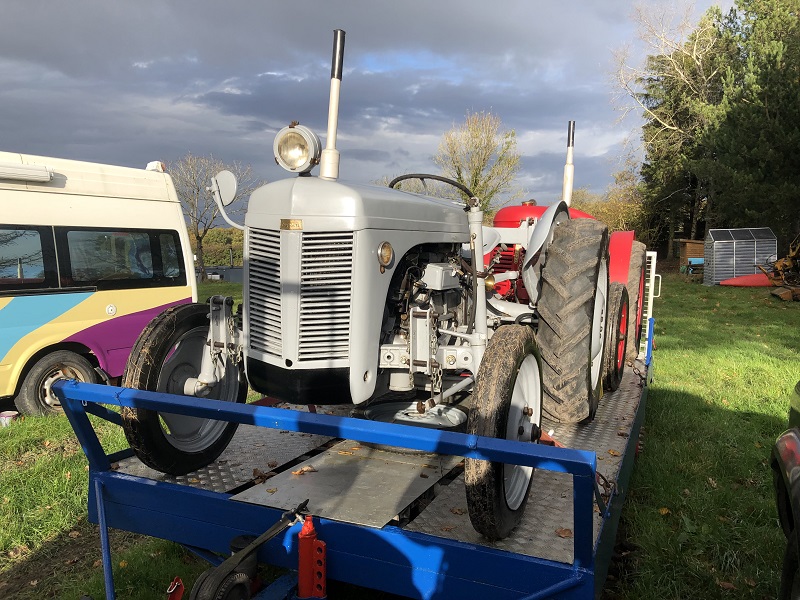 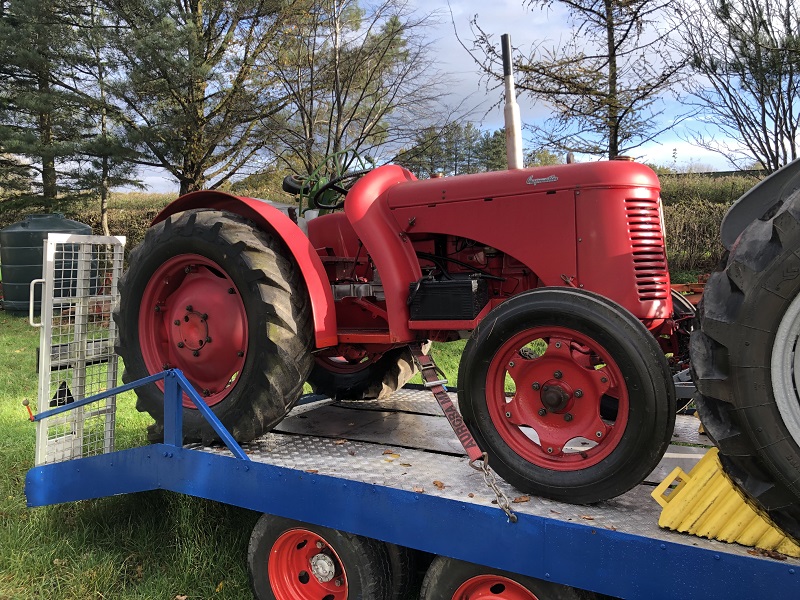 The David Brown Cropmaster was launched in April 1947 at David Brown’s tractor factory near Huddersfield. The first tractor was numbered P10001 and the National Farmers Union Disaster Fund, set up in the wake of the devastating floods caused by the heavy snowfall earlier in the year, was presented with the first one off the production line.

The tractor was not unlike its predecessors – the VAK 1 launched in 1939 and the 1945 upgrade VAK 1A – but it had a great many improvements and was effectively a brand new tractor. As we have said earlier in the section on the Fordson, it was released at a time of great demand for agricultural machinery and the tractor was well received. The official David Brown designation was VAK 1C which stood for Vehicle Agricultural Kerosene No. 1C.

The Cropmaster may have had the look of its forebears but was a much newer design, with an extended wheelbase and larger wheels.  It had an integral hydraulic lift in the new backend and the gearbox offered six speeds, although the four-speed option remained until 1949. A new paint supplier offered the traditional Hunting Pink colour in much brighter hues (as we see in or pictures).Important features of the Cropmaster were the the coal-scuttle windshield and wide wings, which gave the driver more protection.

In 1949 David Brown became the first British tractor builder to offer a factory-fitted diesel version of the machine. Other versions included the uprated Super Cropmaster with side panels, wire mesh chaff screens and an exhaust top, the Prairie Cropmaster specifically designed for the North American market and a Vineyard version. 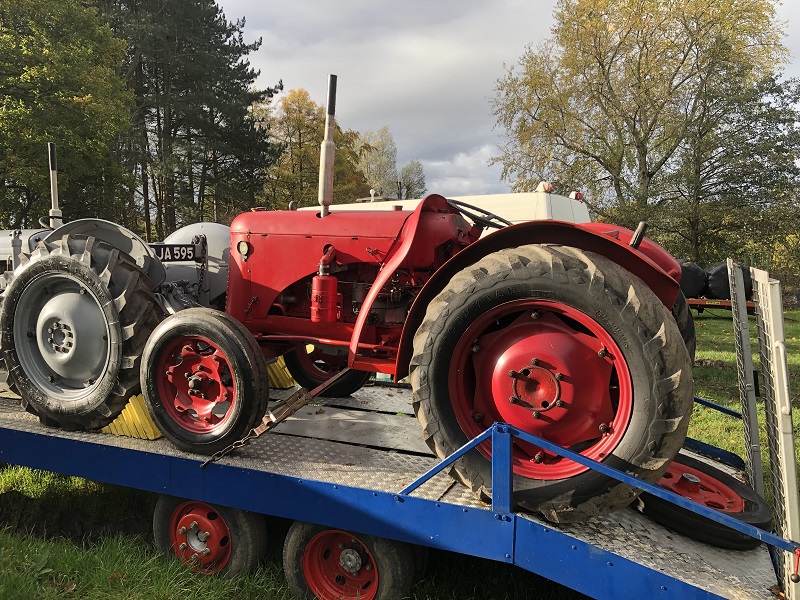