END_OF_DOCUMENT_TOKEN_TO_BE_REPLACED

A transport museum in Anglesey 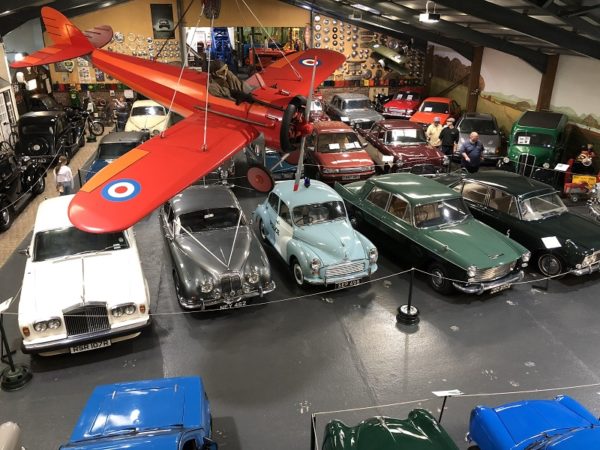 On the beautiful island of Anglesey is a magical transport museum with the exotic Welsh name of Tacla Taid.  We think it translates as “Grandad’s stuff” but we’re not sure.  It’s well worth a visit, and the people in the museum are always happy to talk about the cars, where they found them and how they restored them.

Have a look at the pictures and see whether you agree. 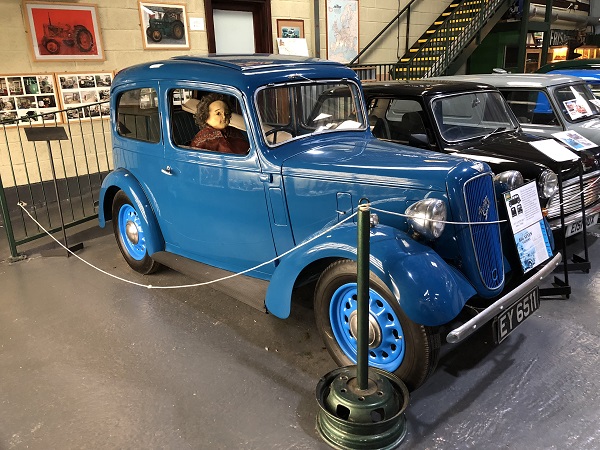 The Austin Big Seven was so-called because its engine was larger – at 900 cc against the 750 cc of the Baby Seven.  It also had a different body, essentially that of an Austin Ten with a smaller boot.  It was an unsuccessful attempt to bridge the gap between the baby Seven and the Ten.  Only 9,000 were sold.  Our picture shows the two-door Forlite model; there was also a four-door Sixlite model.

A period advertisement for the Big Seven 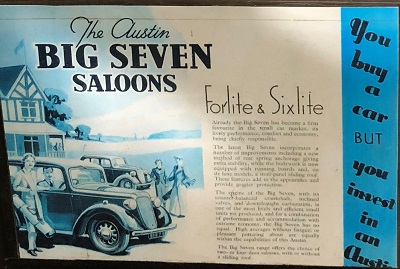 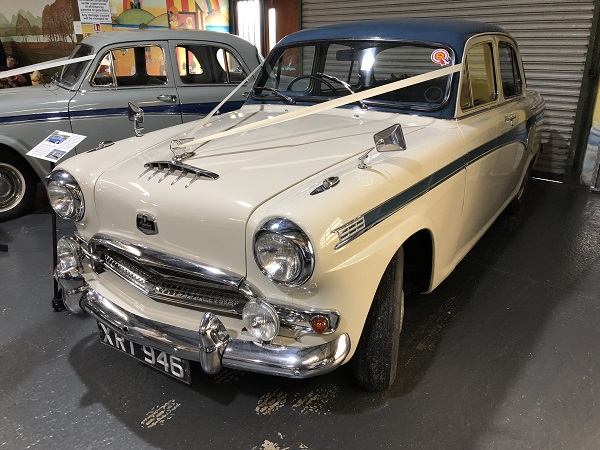 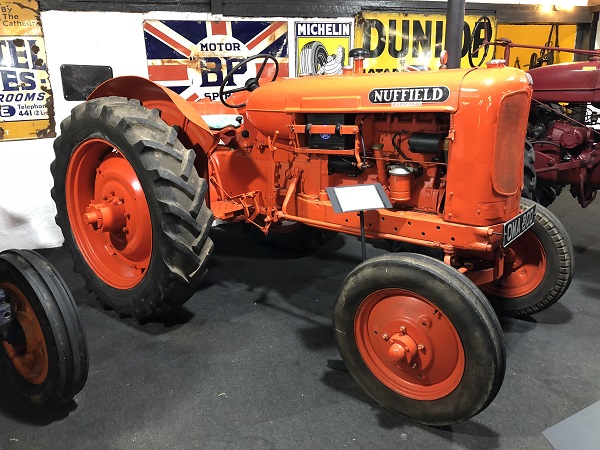 The Nuffield Universal was produced from 1948 by the Agricultural Division of Morris Motors.  The name stems from the choice made by William Morris to take the title of Lord Nuffield when he was elevated to the peerage.  It was the name of the Oxfordshire village where he lived until his death in 1963.

The tractor’s design was similar to those of David Brown; the designer, Dr H E Merritt, had worked on the David Brown D50 before moving to Nuffield.

The tractors were manufactured at the former Wolseley factory in Birmingham.

The first engines were powered by petrol-paraffin (tractor vaporising oil) and were based on the side-valve Morris Commercial four-cylinder lorry engine.  This example is powered by a petrol version of the same engine. 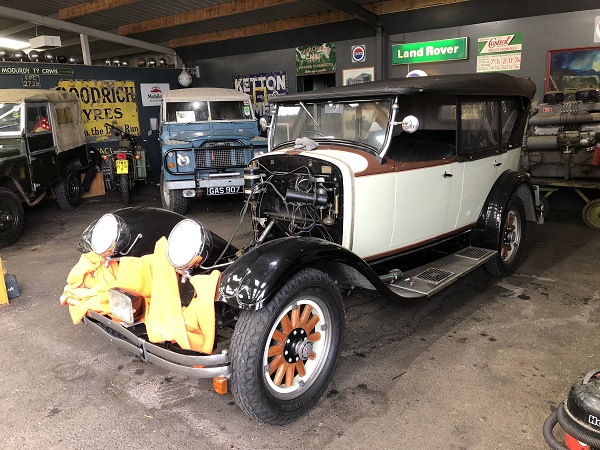 The Dodge Brothers Company was founded in the early 1900s by Horace and John Dodge as a machine shop supplying parts and assemblies for Detroit-based car manufacturers.  The factory moved to in Hamtramk, Michigan in 1910 and the first Dodge Brothers car was made there in 1914.  Dodge Brothers cars gained a reputation for durability in military service during the First World War, with 12,800 Dodge cars and light trucks used in that conflict.

This example – clearly in the middle of some major work on the engine – dates from one year after the sale of the company to the Chrysler Corporation.  It is powered by an inline 6-cylinder engine of 3,409 cc producing 63 bhp.  The curiosity of this car lies in its right-hand drive – the reason for which becomes obvious on sighting the dealer’s plate on the firewall: Standardised Motors in Sydney.  There is some dispute as to whether Standardised made the bodies for imported chassis or whether they imported and assembled body parts from the USA.  There are some delightful period details on this car that seem to show that it has survived in largely unmolested condition.

Sold in Australia – but bodied there? 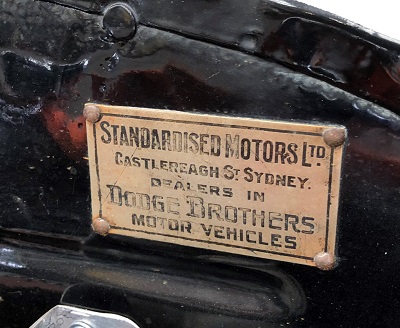 Dodge Brothers monogram on the running board step 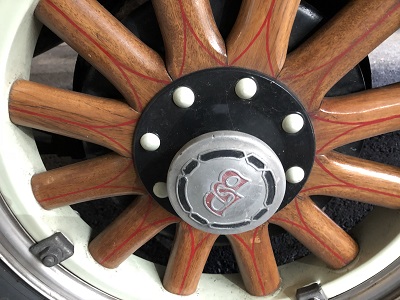 Right-hand drive – as befits a car delivered to Australia 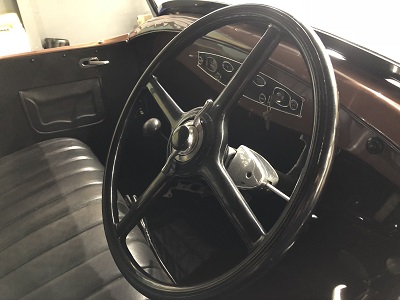 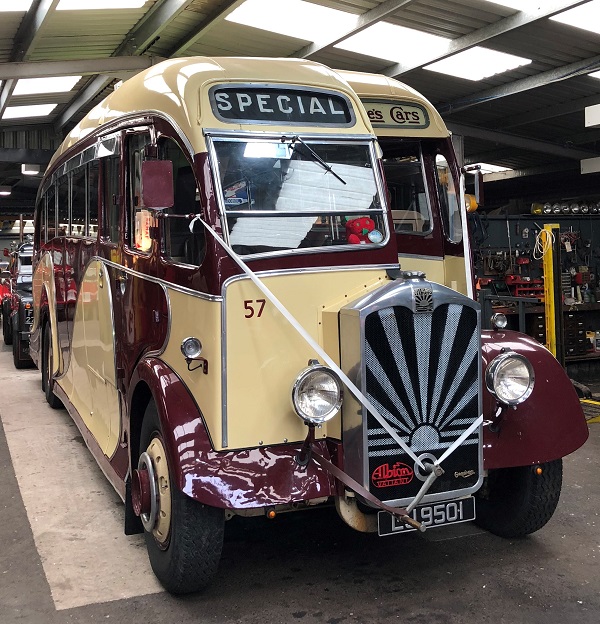 Albion Motors were founded in Scotland in 1899 and built their first car in 1900.  In 1909 they decided to concentrate on commercial vehicle production, and the last car was built in 1915.  Almost all Albion buses were given names beginning with “V”: models included Victor, Valiant, Viking, Valkyrie and Venturer.  The Valiant was produced from 1931 to 1936 and was mostly sold to coach operators. 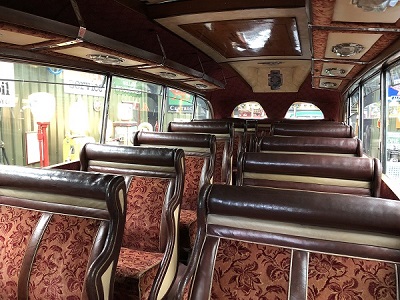 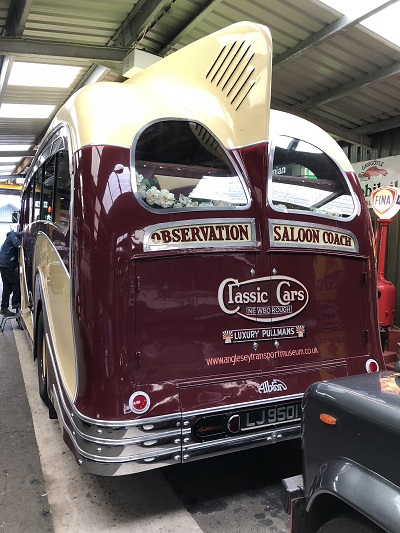 Undergoing some light maintenance (somebody had pulled a door handle off), this Pontiac is a wonderful example of the brash and confident styling that came out of the USA after World War II.  It is a model from a series known as Streamliner, a full-sized car produced from the 1942 to the 1951 model years. 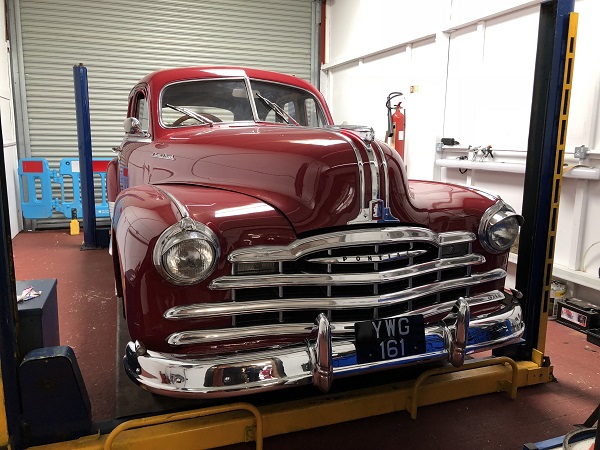 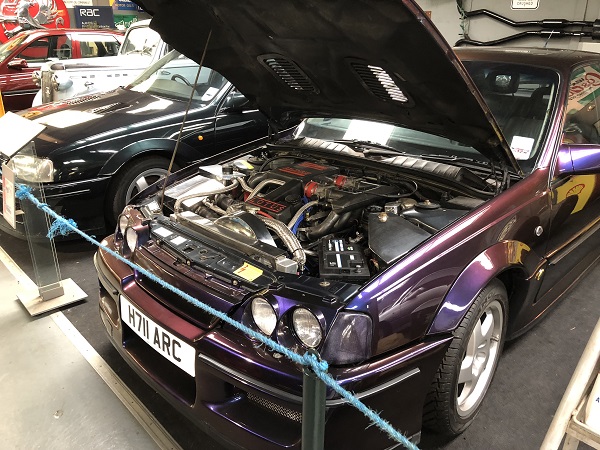 It is extremely unusual ever to see one of these almost mythical vehicles anywhere in the world.  And here there are two.  The exterior is hardly distinguishable from a standard Vauxhall Carlton – but under the bonnet is a 377 bhp straight-six developed by Lotus.  The top speed is 177 mph.  The car was only sold in Imperial Green, and the left-hand car in the picture is so coloured.  The right-hand car was repainted by the owner of the museum in a startling metallic purple that has upset quite a few Lotus Carlton purists – but it still does 177 mph.  Only 320 Carltons were produced between 1990 and 1992. 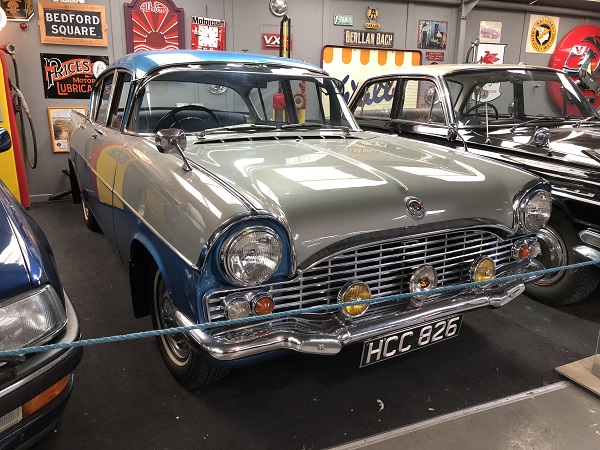 The PA Cresta is one of the most famous post-war Vauxhalls.  Announced in 1957, it followed the fashion for American styling.  The engine is a 2,262 cc six-cylinder producing 82.5 bhp.

This beautifully restored example is from the facelifted series introduced in 1959.  It has a new, larger, grille and a single wrap-around rear window in place of the original three-piece screen. 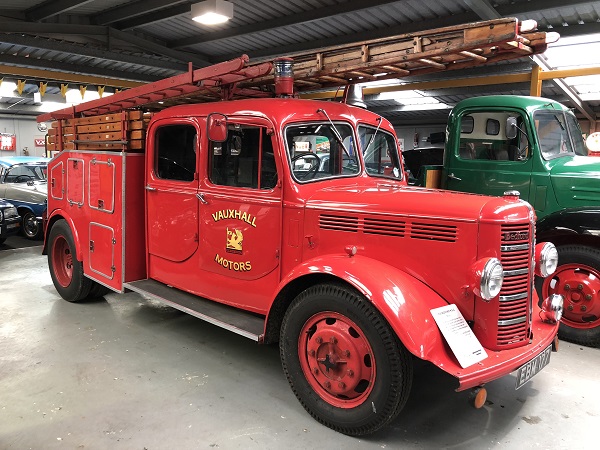 The Bedford M series was officially made from 1939 – but this one dates from 1938 because it started life as a prototype drop-side lorry that was used around Vauxhall’s Luton factory.  It was then converted by the factory into the works fire engine, using a 50-ft wheeled escape ladder acquired from the Luton Fire Brigade. 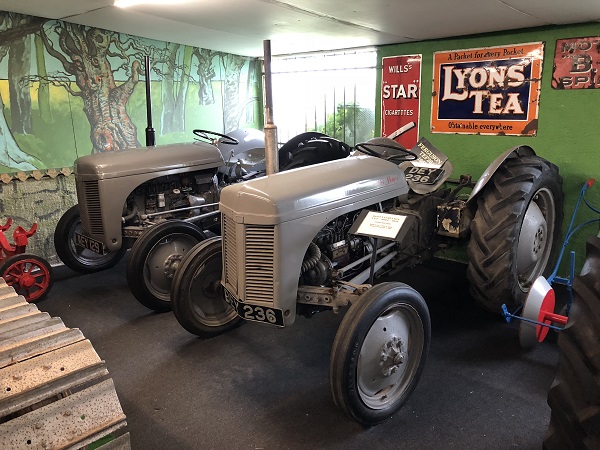 No transport museum in a country district would be complete without a ‘Fergie’ – and Tacla Taid has at least five.  This one is a Massey-Ferguson, following the merger with Massey-Harris in 1953.