END_OF_DOCUMENT_TOKEN_TO_BE_REPLACED

A Summer of Memorable Motors 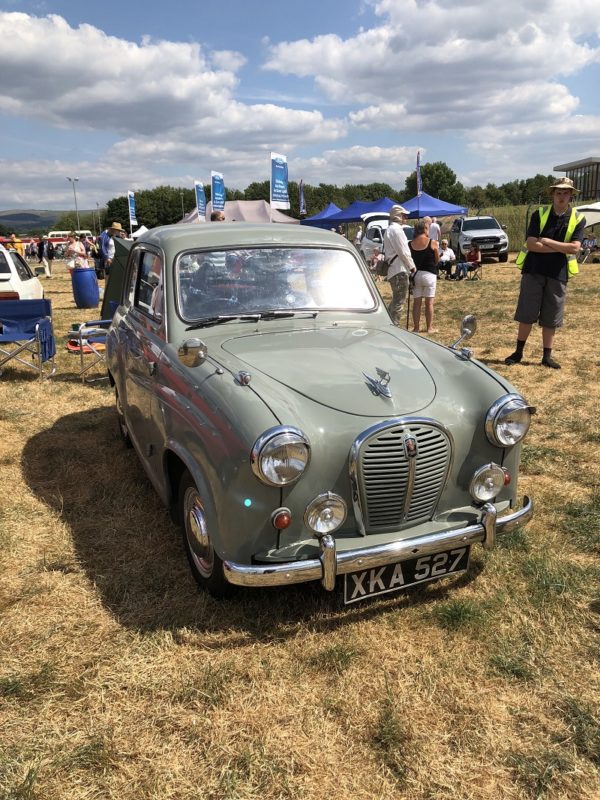 As the trees begin to change to their autumnal hues, we’ve dug into our photos from the events this year to bring you some cars and bikes, patrician or plebeian, that have made the 2018 summer season just that little bit more memorable.  Where owners have told us stories about their machines, we’ve added these too.  Enjoy the show… 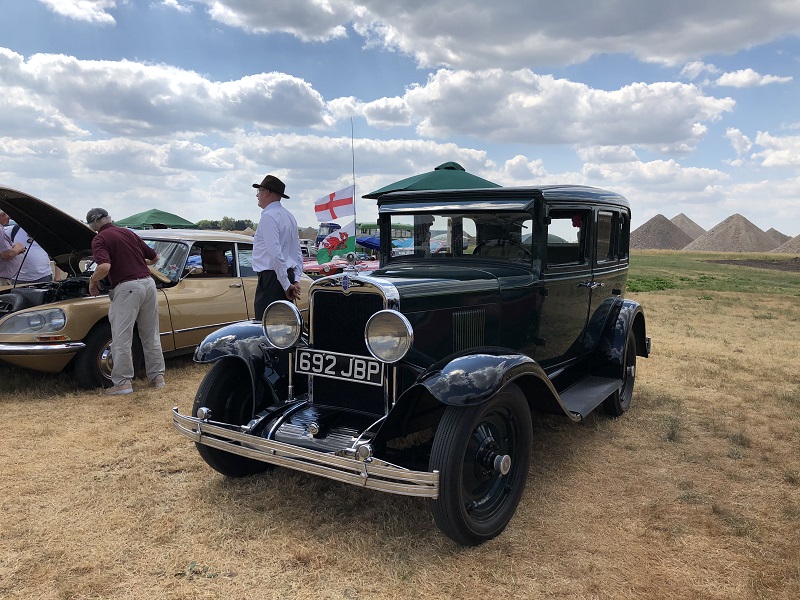 Seen at this year’s Woodford Air Fair, this Chevrolet was delightfully honest and looked very comfortable inside.  We would have loved to have driven home, sheltered from the sweltering heat of that July day, in this Fisher-bodied sedan – one of 10 standard Chevrolet styles for the AC.  It has a 3,180 cc six-cylinder, advertised as “the Six in the price range of the Four.” (it was only $10 more than the outgoing four-cylinder AB).

“The Six in the price range of the Four.” 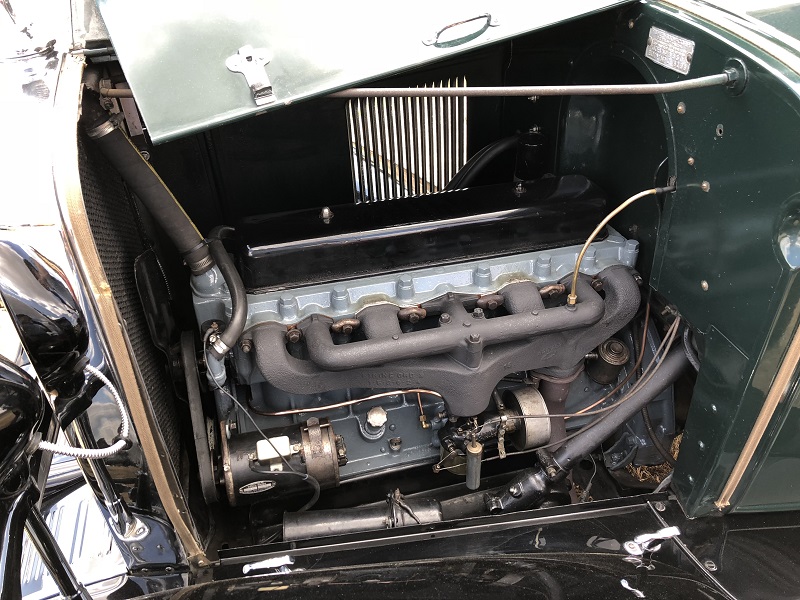 The smart instrument panel.  Note the factor 30 sun cream on the floor; it was a sizzlingly hot day 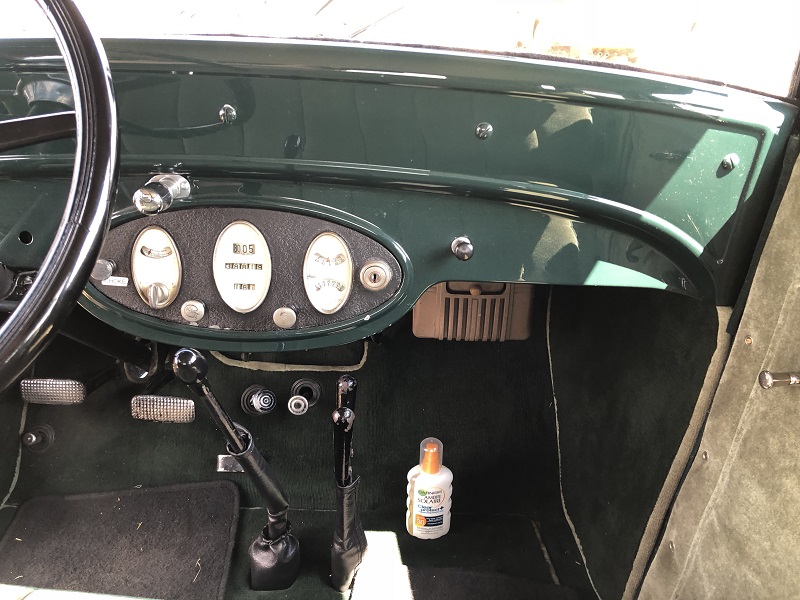 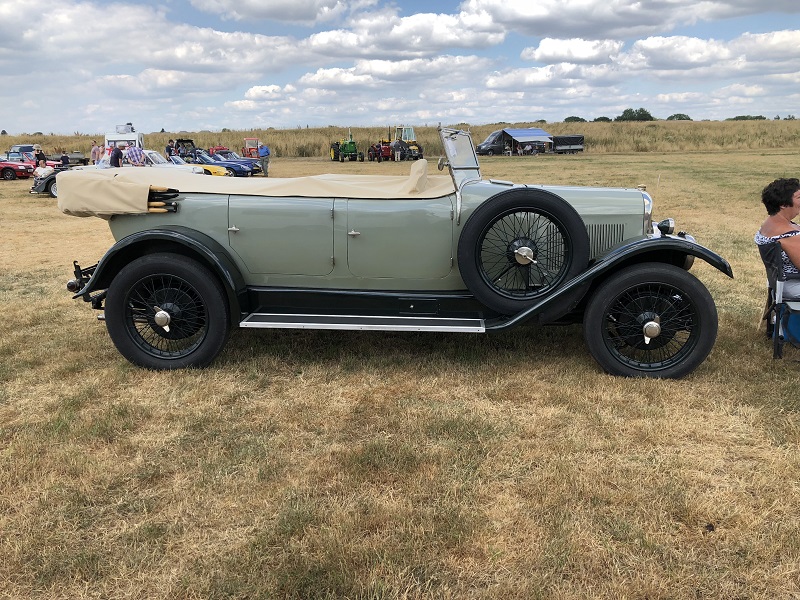 A smart touring car.  Note the elegant vee windscreen, which disappeared on the 1928 model. 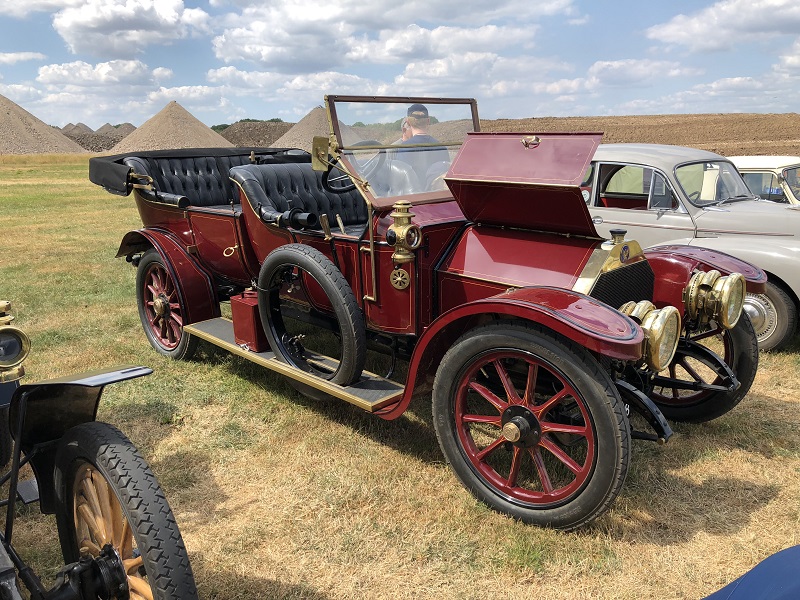 This Bianchi has been in the same family from new.  It was built for the Mayor of Eye, Suffolk, Charles Tacon, the brother of the current owner’s great-great-grandfather.  It was shipped to England as an engine and chassis and bodied by Whiting Ltd, Euston Road London.

The current owner’s grandfather was a passionate follower of Norwich City Football Club and had the car repainted in the club’s colours of yellow and green. The family have since refurbished the car and returned it to a more traditional colour scheme. 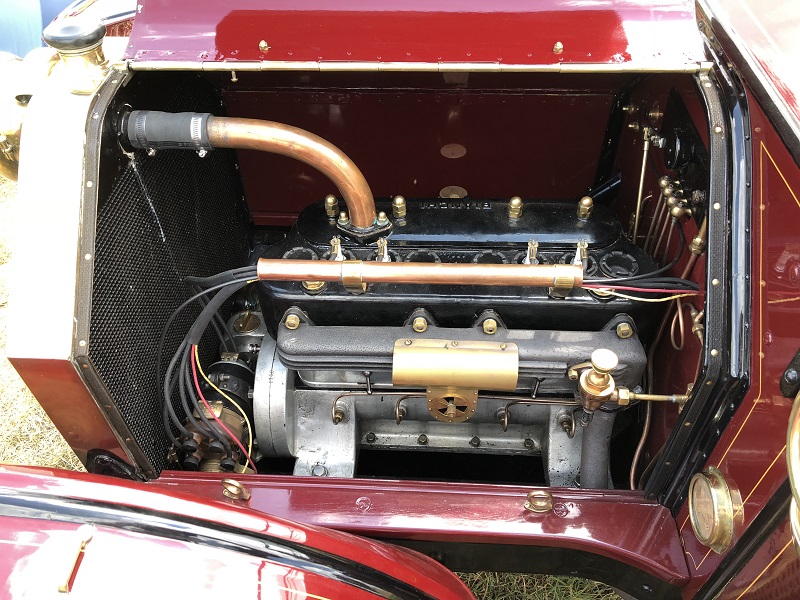 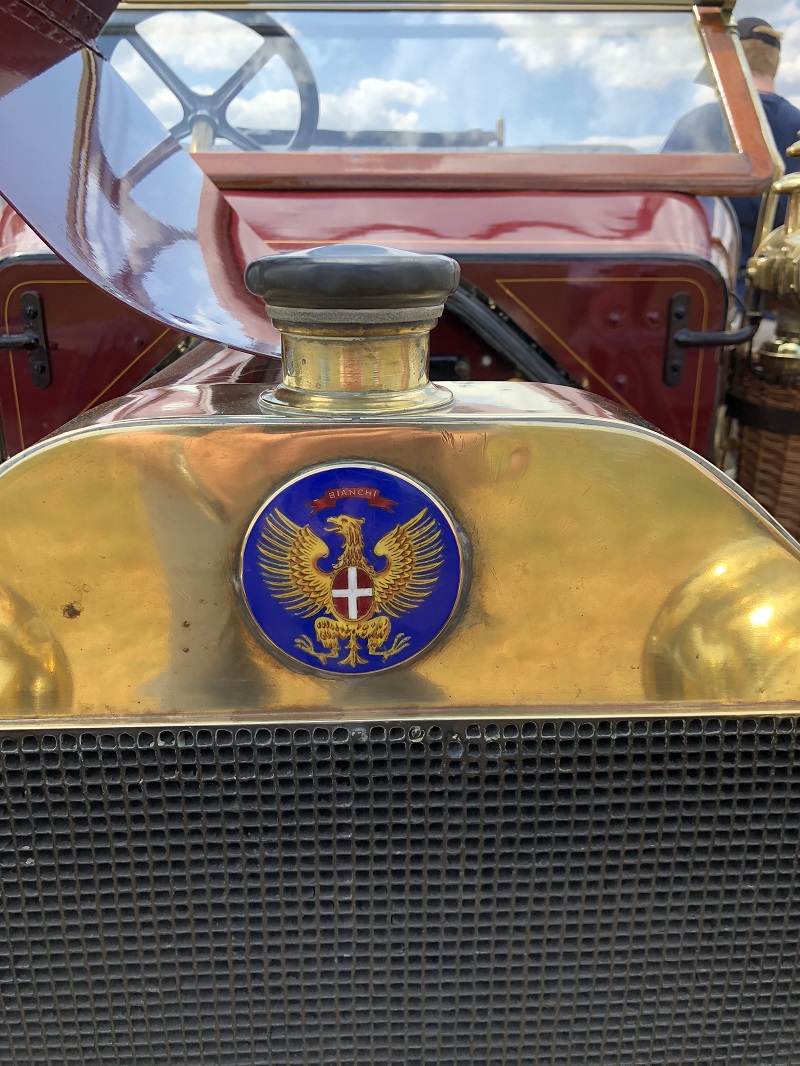 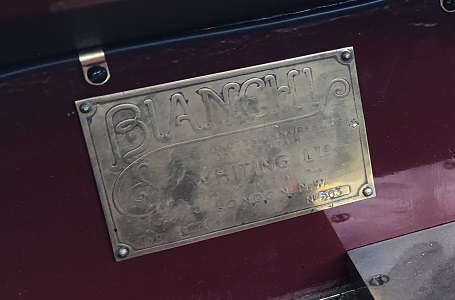 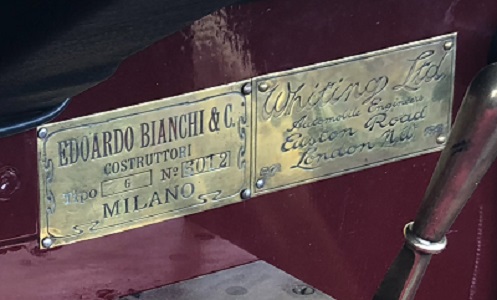 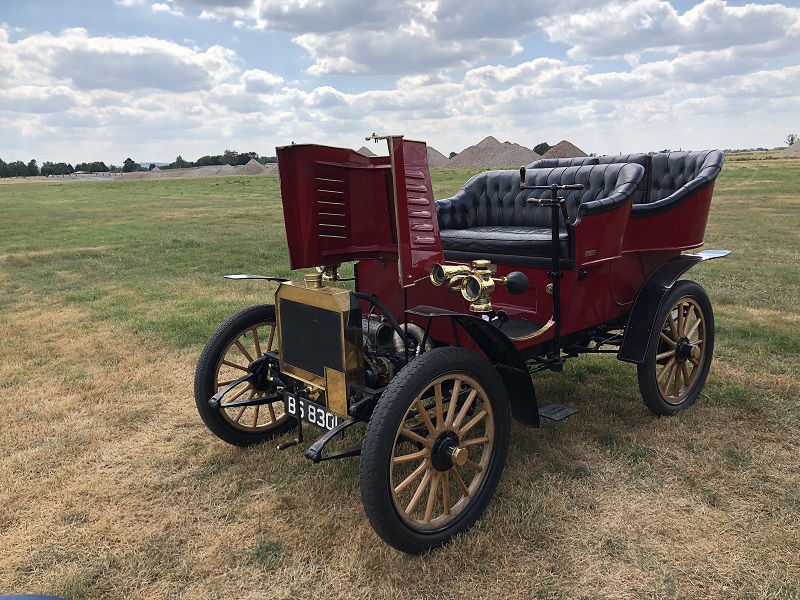 Owned by the same family that has the Bianchi.  This is an American car, built in Ardmore, Pennsylvania, with a 1,650 cc flat-twin engine and shaft drive.  Early Autocars had left-hand-drive tiller steering, as does this example, so that when wheel steering was introduced in 1905 the cars became left-hand drive – very unusual in America at the time. 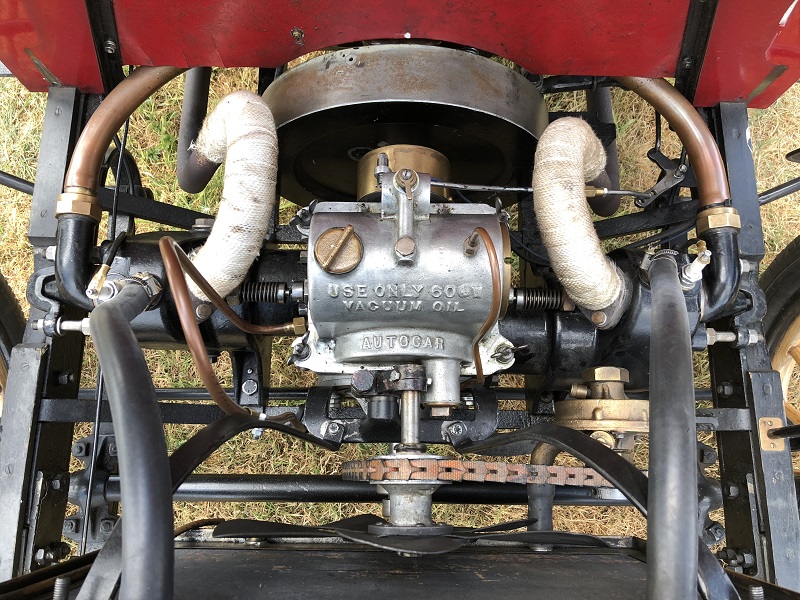 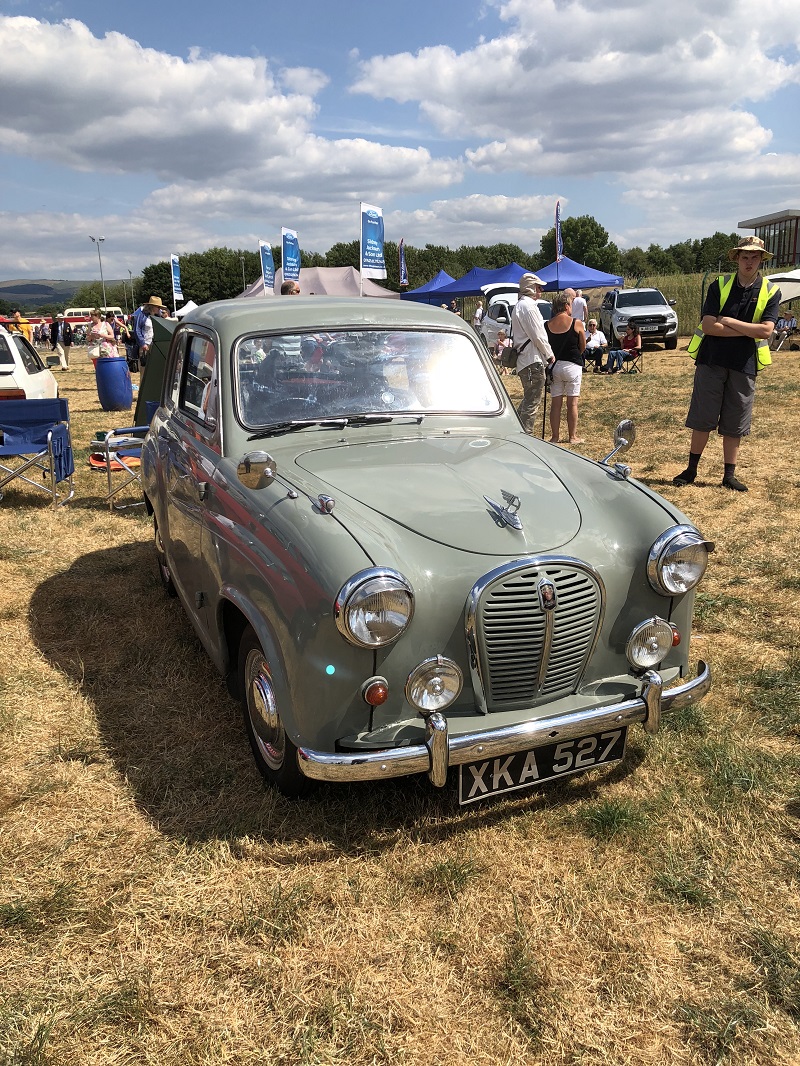 We really don’t need to say much here, except: isn’t it lovely? 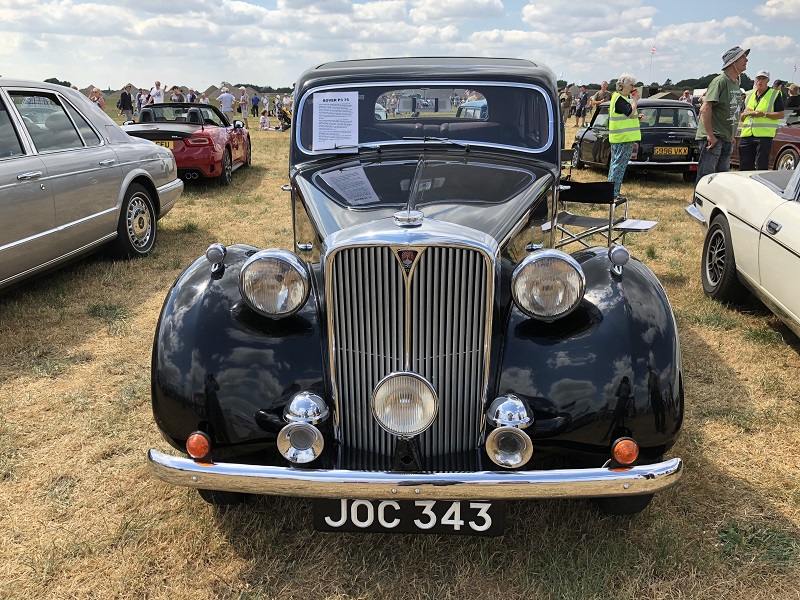 This Rover has done just 37,000 miles in 70 years.  65 of those were in the hands of the same Cheshire family.  The P3 (in 60 and 75 versions) was an 18-month stop-gap between P2 and P4, but featured many significant changes: independent front suspension, inlet-over-exhaust engine (used by Rover for many years thereafter), and hydraulic brakes.  This has the 6-cylinder 2,103 cc engine; the 60 had to make do with a 4-cylinder of 1,595 cc. 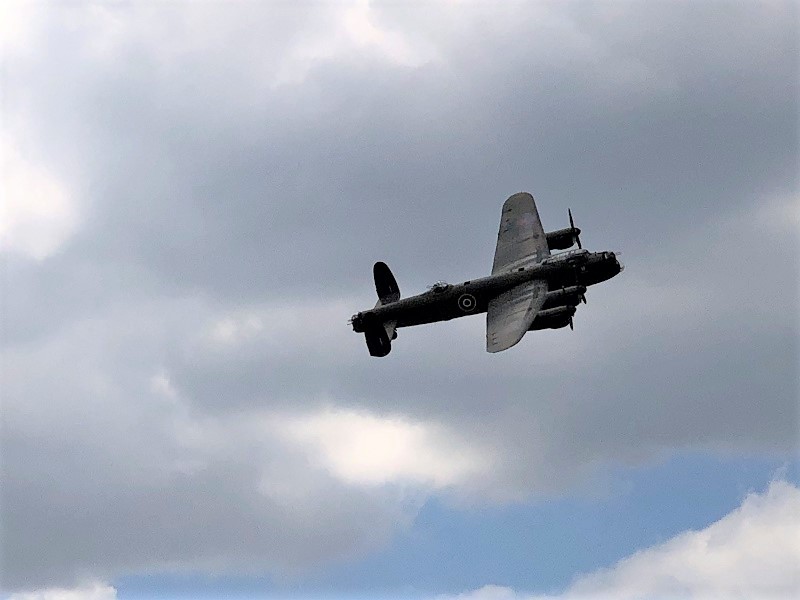 This was an Air Show, after all.  Two circuits by a Lancaster, very low.  Excellent!! 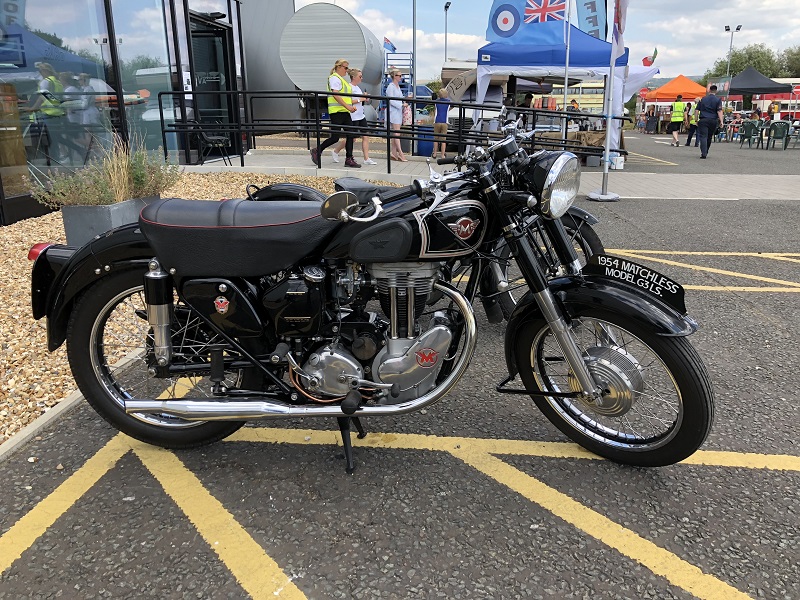 In the name, the L stands for Lightweight, which it was not, and the S stands for Springer, which is hardly an apt name considering the 16 horsepower from the single-cylinder of 350 cc.  These bikes were a development of those built for the army during the war.  They may not win prizes for performance, but they are nowadays much appreciated for their traditional good looks. 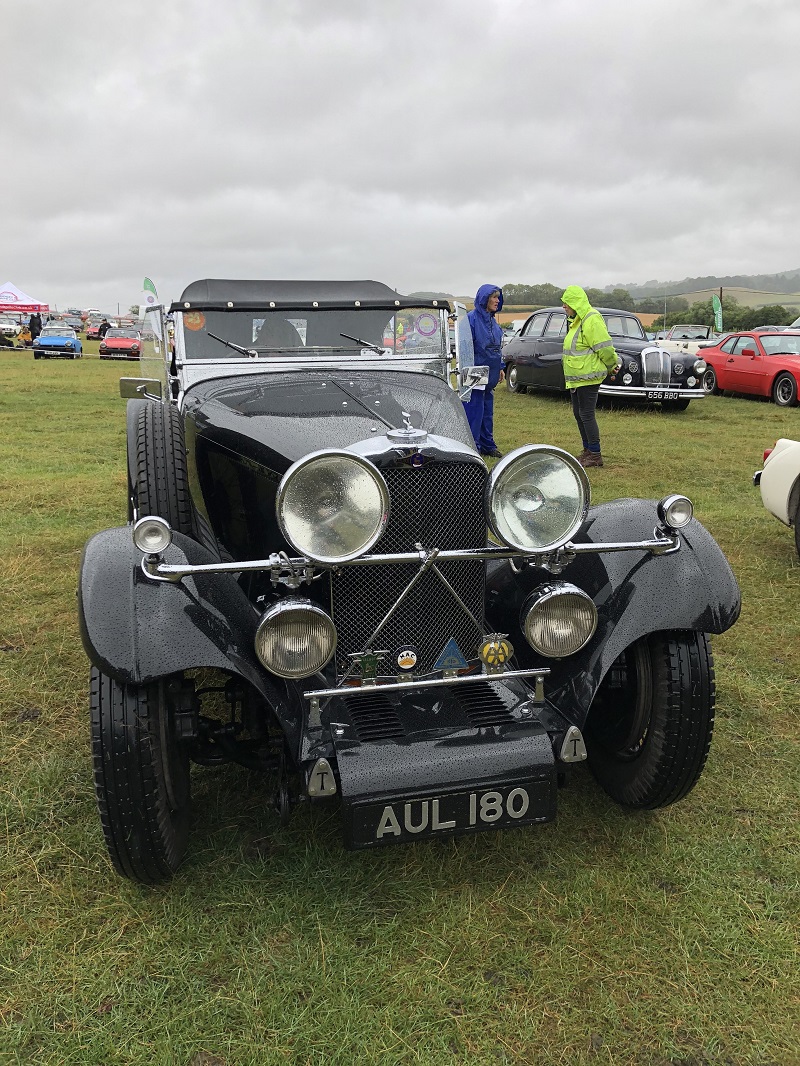 Fast forward to the end of July and the weather has turned.  It was a wet day for the Classic Nostalgia Event at Shelsley Walsh, but the rain held off on the Sunday long enough for some hill-climbing and paddock-watching – even if most of our photos show rain-spattered cars.  This Talbot project started in 1996 as a kit of parts from a genuine AW75 Darracq-bodied saloon from 1933, and a 105 engine block.

The owner had a smart and sporting Vanden Plas-style 2-seater body built, and after 18 years the completed creation was ready for action – and has given great pleasure to its owner in the four years since. 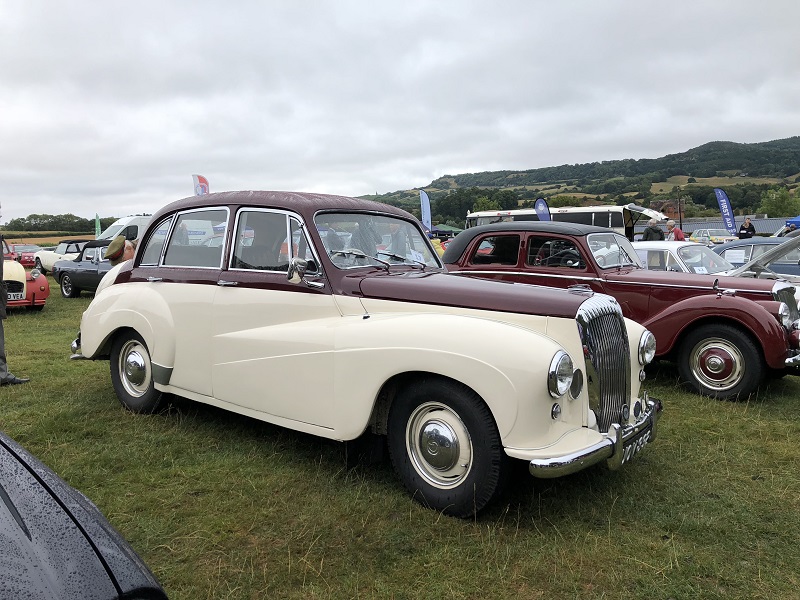 The bright paintwork on this Daimler certainly countered the rather drab wet weather.  You probably already know this piece of useless information, but the name derives from two facts: on introduction it was priced at £1,066, and its engine produced 100 hp. 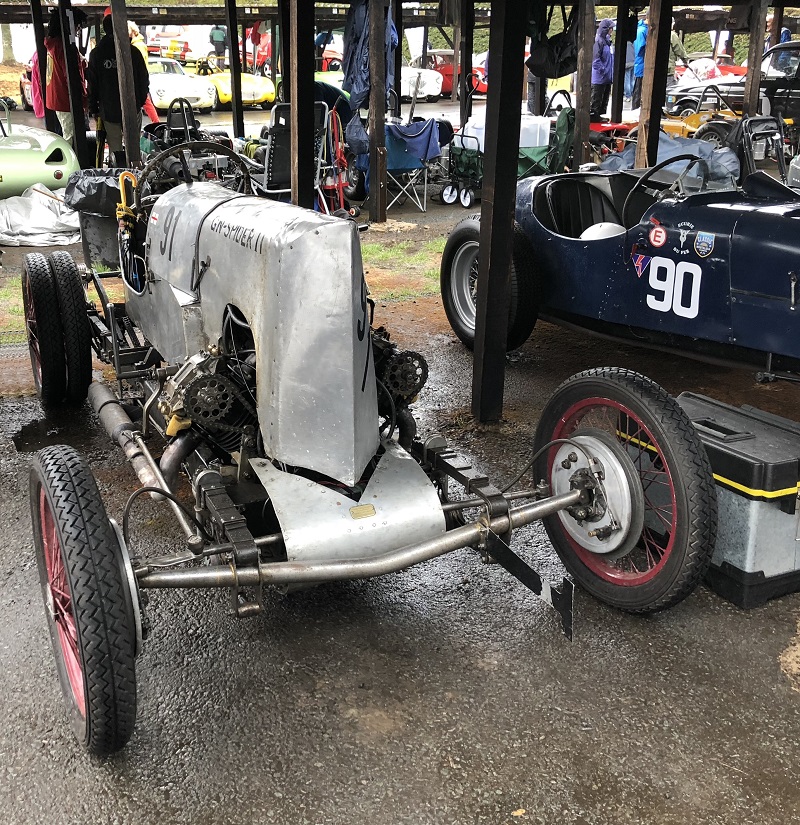 In the iconic Shelsley Walsh paddock sheds was the famous GN Spider II.  Basil Davenport built ‘Spider’ and held the hill record in 1926, 1927 and 1928.  After the war he re-emerged with an updated “Spider II” with a 2 litre V-Twin engine and continued to improve his hill times. 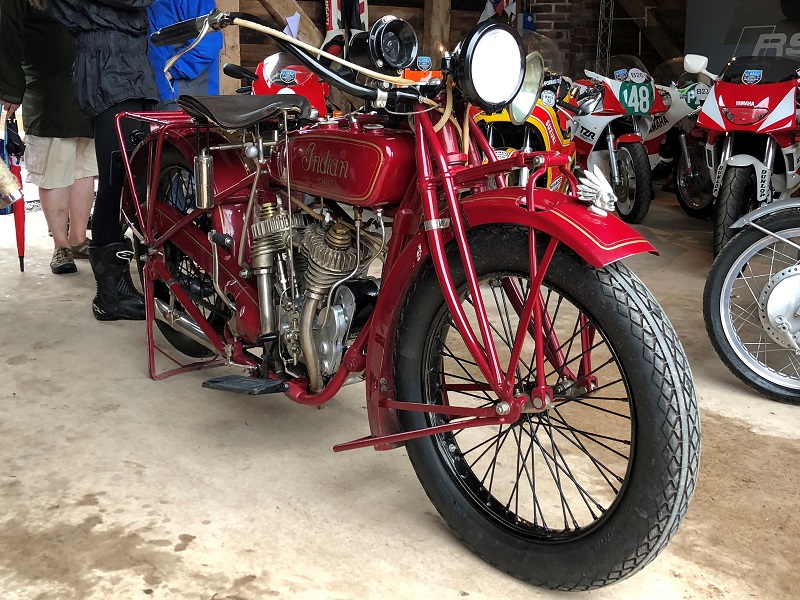 Sheltering in the motorcycle shed was this delightful Indian 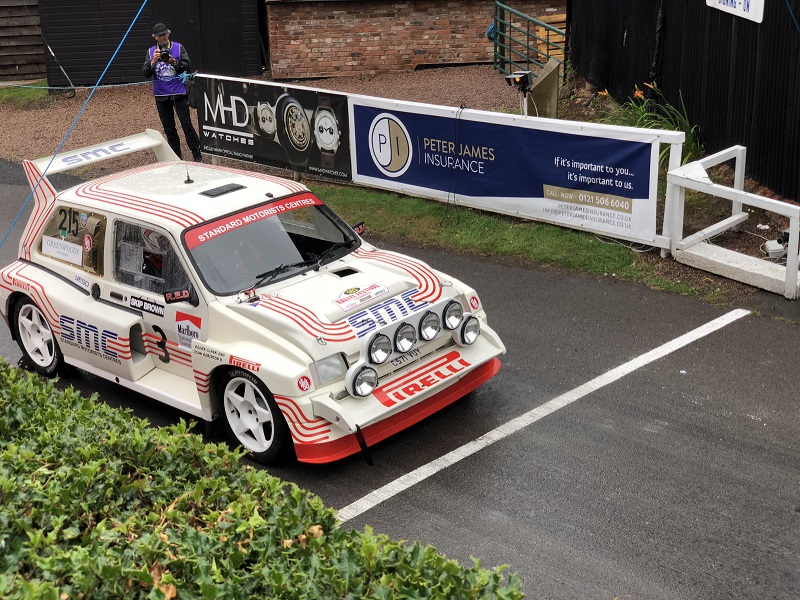 An ideal car for a hill climb on a wet day.  This is a genuine rally car driven in period by Roger Clark in the Marlboro Rally Championship.  The 3-litre V6 DOHC engines in these cars were later used in the Jaguar XJ220. 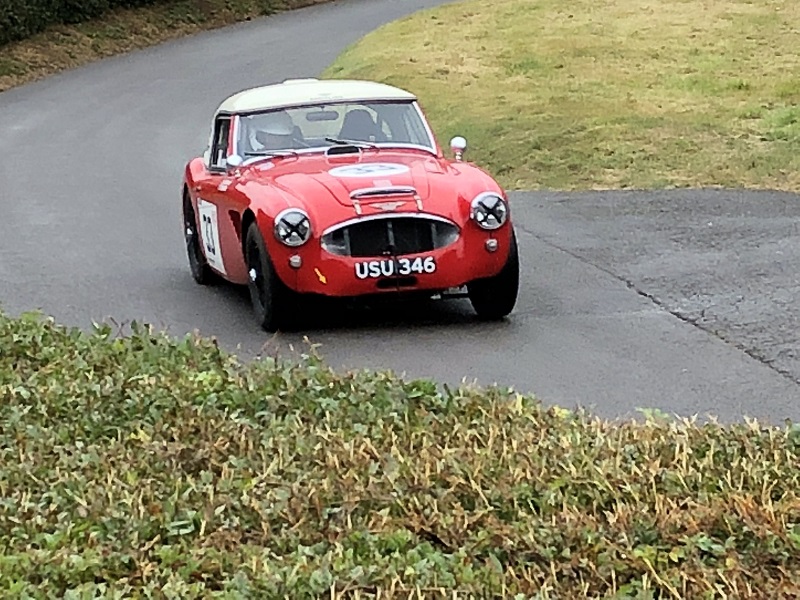 A brutal-looking Big Healey storming up the hill 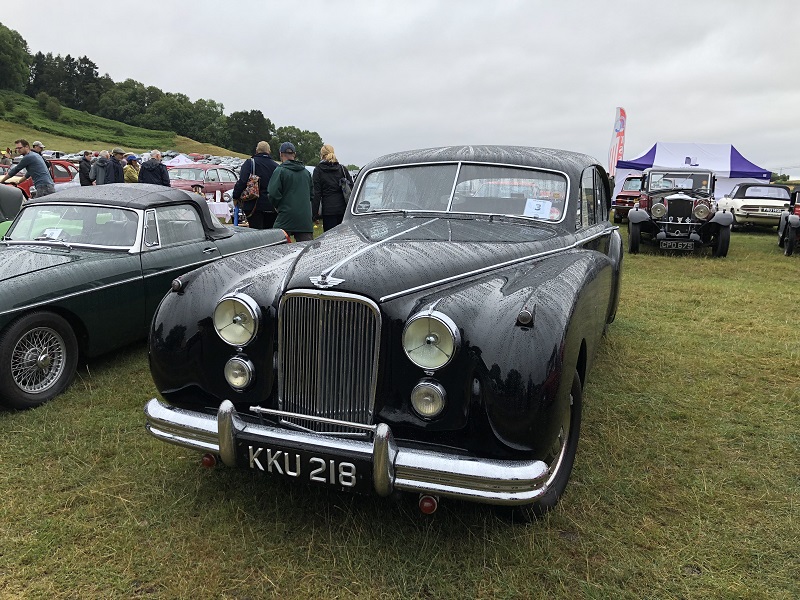 This unrestored low-mileage Mk VII appealed to us greatly.  It could easily have been found in a British cops-and-robbers film of the 1950s.  It is in fact a film star: it appeared in an episode of “Father Brown” (Series 1 Episode 10).  Remarkably, Shelsley Walsh was used to stage an imaginary hill climb in another “Father Brown” episode (Series 2 Episode 10), “The Laws of Motion”.  Well worth a visit – because all the cars were real vintage and post-vintage machines. 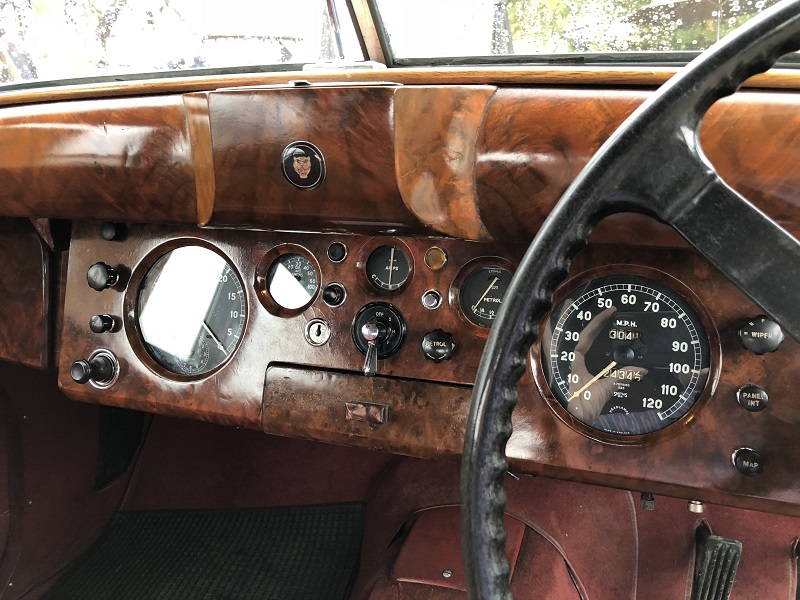