END_OF_DOCUMENT_TOKEN_TO_BE_REPLACED

A Snapshot updated – a 1933 Riley Gamecock as it is today

Bob Thomas has contacted us with a remarkable update on Snapshot 236 that featured on old photo of 1933 Riley Gamecock DT 3533. Bob has owned DT 3533 for 15 years now, having repatriated it from Austria. It was fully and faithfully restored in Bolton in the 1970s before being sold to a collector in Austria. The car joined Bob’s 1934 Riley 9 Kestrel which he has owned for 61 years.

Bob has very kindly sent us a photo of the car now – in considerably better condition than in the original Snapshot . He has also taken the trouble to picture it as closely as possible to the angle of the original image: 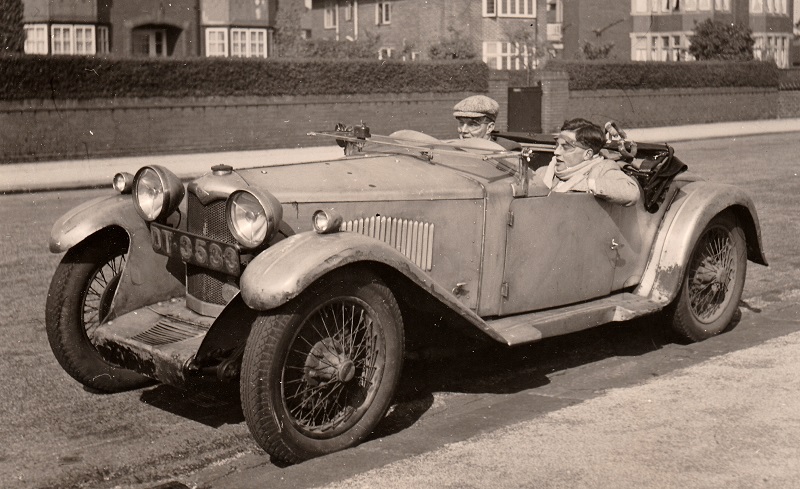 That picture, and the accompanying original text recorded in Snapshot 236, was sent in by our very good friend the late lamented John Warburton, who knew the owner at the time of the photo, which dates from the 1950s.

We are delighted that the car not only survives but prospers, and we are most grateful to Bob Thomas for sending us this “update” – from the correct angle as well!