END_OF_DOCUMENT_TOKEN_TO_BE_REPLACED

A Grand Tour in Herefordshire 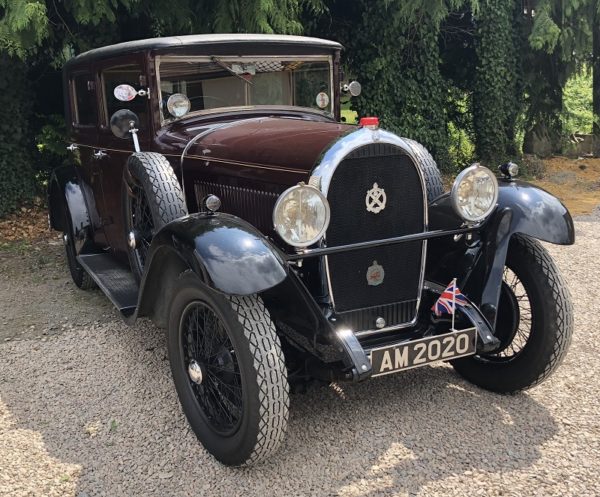 You arrive at the pub and there’s a very fine car in the car park, but nobody about.  You come back later for a pub meal and there are five very fine cars.  So you seek out the owners.  It turned out that Roger Ballard, SAHB member, was touring in the lovely Herefordshire countryside with his friends and their vintage and PVT cars, and that they were staying at the pub.  The cars’ owners kindly told us what they were.  Roger said that he would be at VSCC Prescott again this year; we trust that you will too.  See us at the SAHB stand; you will be very welcome.

The headline picture shows a 1930 Hotchkiss AM2 Chantilly.  A French car of real quality, made by Société Anonyme des Anciens Etablissements Hotchkiss et Cie.  Also famous for its machine guns, the company was founded in 1867 by the American gunsmith Benjamin B. Hotchkiss.  Initially at Viviez near Rodez, the factory moved to Saint-Denis near Paris in 1875 and made arms used by the French in the Franco-Prussian war.  Car manufacture started in 1903 and continued until 1955. 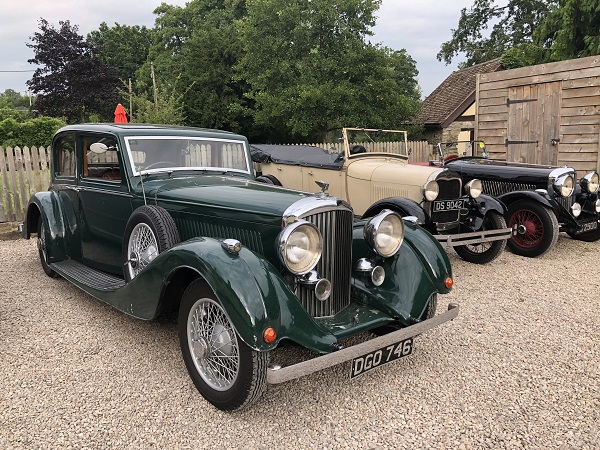 This smart machine is an early 4¼-litre, since the change in engine size from the 3½-litre only occurred in March of 1936.  It was owned at one time by the ‘forgottten’ Bentley Boy Tom ‘Scrap’ Thistlethwaite, who is reputed to have bought the car in exchange for a Corsica-bodied Phantom II and £150.  Thistlethwaite was paired with Clive Gallop as part of the official Bentley team, but they retired with a broken valve rocker.  He also raced two 3-litre Bentleys and then the supercharged 36/220 and 36/250 Mercedes-Benz. 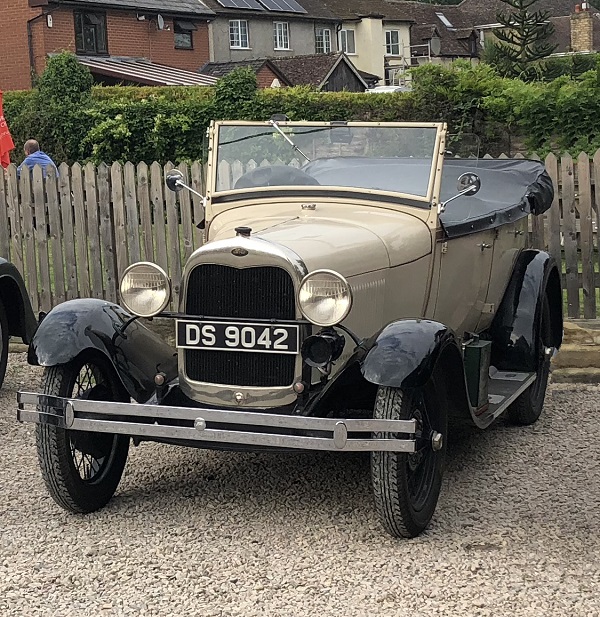 Sandwiched between two supposedly more patrician Bentleys, this delightful and reliable vintage car looked just as ready as they were for a grand tour – and perhaps even more ready than them for a challenging trial up a muddy hill. But it would have to have its beautiful front bumper temporarily removed for safe-keeping in the latter case. 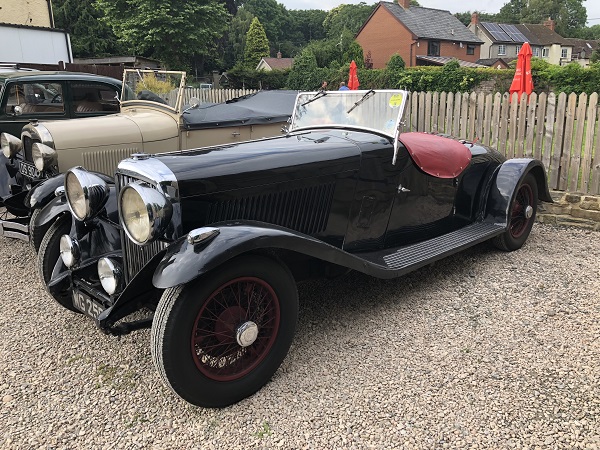 Originally bodied as a saloon by Arthur Mulliner, this car was re-bodied after the war as a two-seater drophead.  Very stylish it looked too. 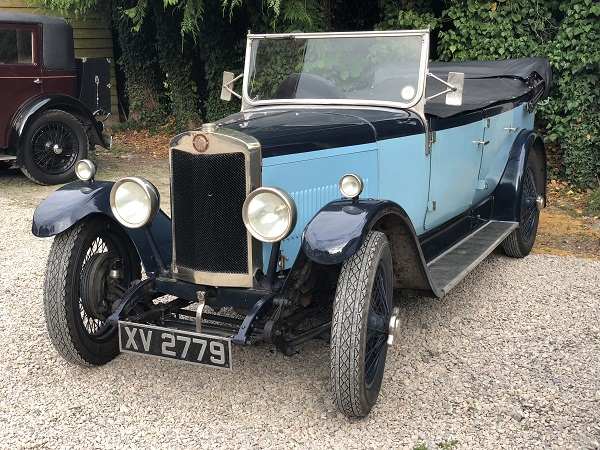 Another lovely vintage car.  The P-Type 12/40 Lea Francis was the company’s best-selling car in the final years of the vintage period.  It was powered by a 1,496cc Meadows 4ED engine with a four-speed gearbox. 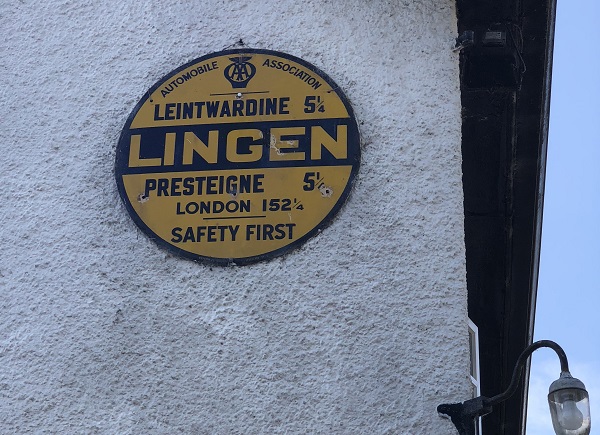 In keeping with the cars, we later saw this early AA sign on the side of a building, just 7 miles from the pub.  We hope the tour passed this way.