END_OF_DOCUMENT_TOKEN_TO_BE_REPLACED

A Daley in Denmark – can anybody help with information? 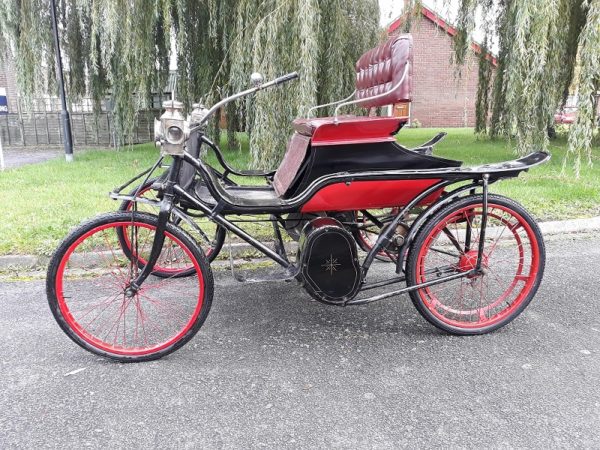 Lars Legaard in Denmark is looking for help with the history of a very rare car that he has just bought in England: an 1898 Daley.

A lot of paperwork came with the car, but just before 1980 the trail goes cold.

The car has in the past been incorrectly identified as a Metz and some other makes, but it is VCC dated.

If anyone can add further information (in particular because the car was found in England), Lars would be very grateful. If you leave your details and/or information in the Leave a Comment box below, we can get in touch with Lars.  Your email address will only be given to Lars and will never be published, and we can also keep your name confidential to us and Lars only, if you so wish.

Georgano tells us that the Daley was manufactured between 1895 and 1898 by M. H. Daley in Charles City, Iowa. The entry is as follows:

Daley was a maker of disc and lever harrows and he also hoped to get into car manufacture. In 1895 he built a very light 2-seater weighing only 195 pounds (88kg) and powered at first by a rotary engine, then a more conventional 2-cylinder unit. The front wheels were held in bicycle-type forks, and could rise up to 12in (305mm) on uneven ground. He announced production in December 1895, the cars to sell at $500 each, but he built no more than six. In 1898 he informed The Horseless Age that he was ‘still at it’ and may have made one or two more cars, but his main business was farm equipment.

Here is another view of Lars’s car. 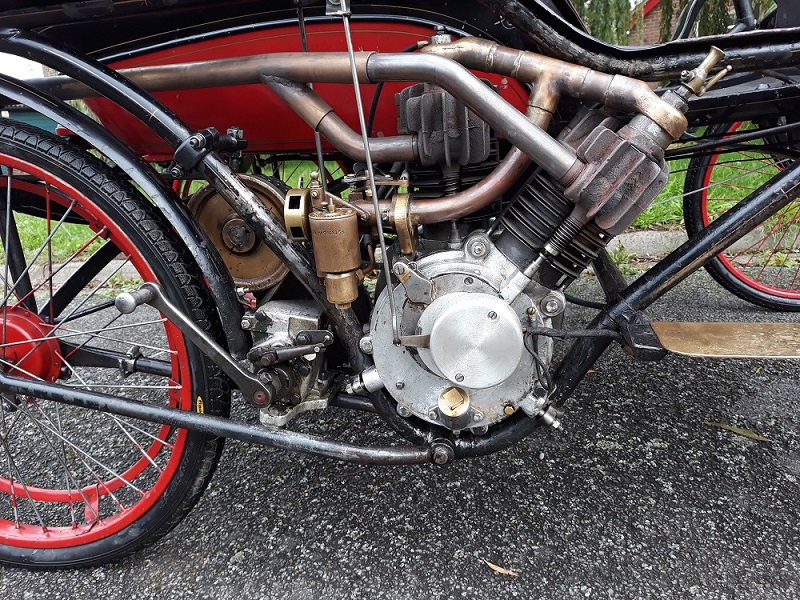